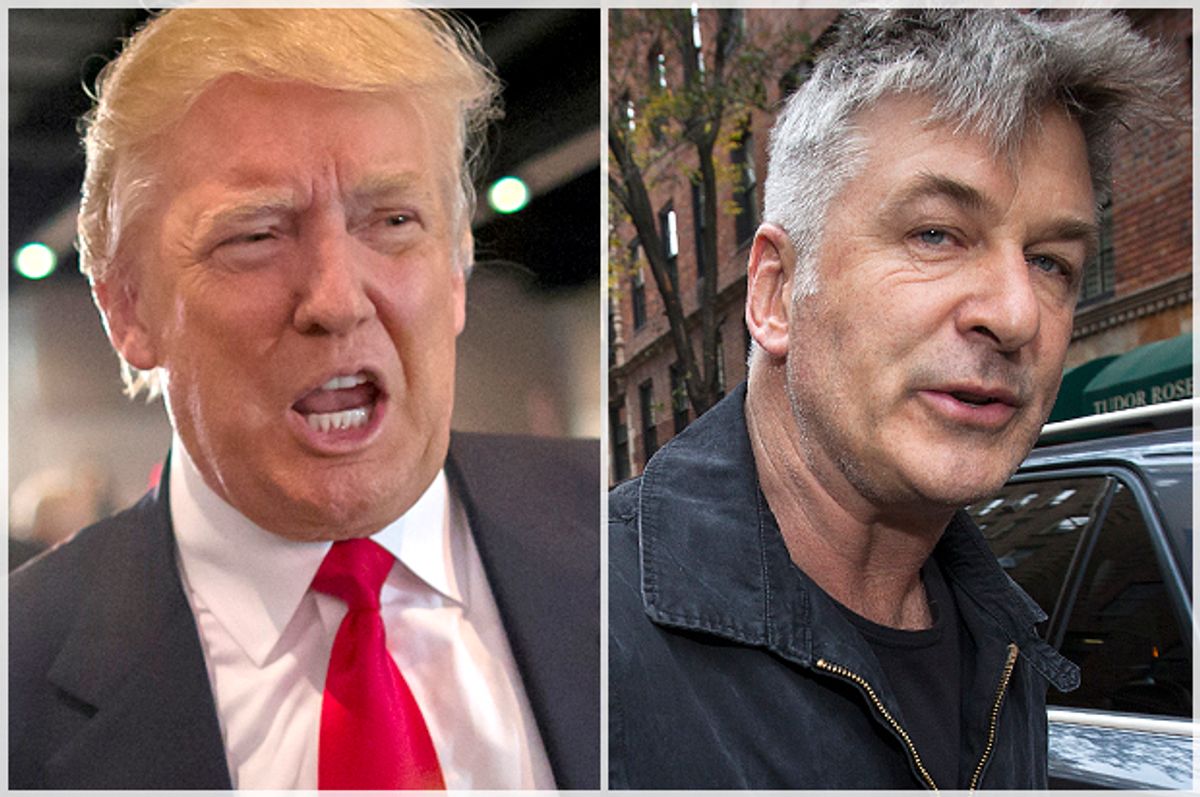 Asked what his thoughts were on the business magnate and vibrant Twitter personality, Baldwin said that, if Trump snags the nomination -- or worse, wins the entire presidency -- it will be  “exactly what we deserve right now with the system we have.”

The "system," Baldwin went on to explain, is one that is entirely run on money. “All of them across the board are owned by somebody,” he said, pointing the finger back at Democrats. “You’ve got to raise sick amounts of money,” the multi-millionaire added.

“There’s a part of me that would love to see Trump win,” Baldwin said, clarifying that, as a "huge campaign finance reform person,” he knows stuff.

Baldwin will be appearing in "Mission Impossible Rogue Nation" -- and likely a city street near you to yell at protesters to hurry up -- later this month.

Watch a clip from that interview below, via SiriusXM’s Howard 100: