Cosby's biggest accuser comes out: Will his defenders finally believe her story now? 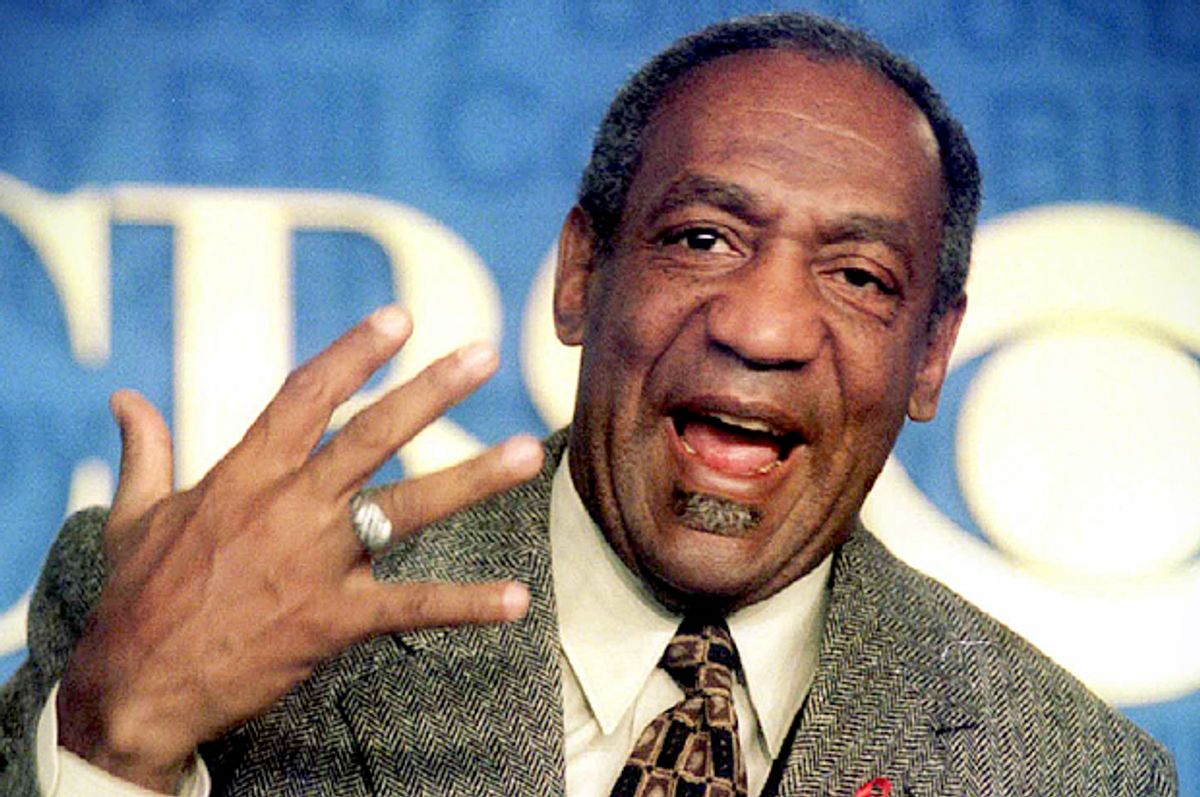 She's gay. Andrea Constand, Bill Cosby's most prominent accuser and the woman who took him to court 10 years ago, is gay. So would you consider now that what she says he did to her was against her will?

From the start of the still ongoing and increasingly damning pile of accusations of sexual assault against Bill Cosby, there has been a persistent portion of his defenders who've insisted that, obviously, they all wanted it. Why else were they hanging out with him? What else did they expect? The fact that some of them admitted to prior consensual sex with him seemed only to bolster this line of thinking. And for the record, regardless of prior history, here's what anyone who says she was drugged and sexually assaulted did not expect: being drugged and sexually assaulted. But Constand's case is unique.

In her 2005 lawsuit, Temple University employee Constand claimed that during a visit with the entertainer, he gave her three blue "herbal" pills and then "touched her breasts and vaginal area, rubbed his penis against her hand, and digitally penetrated" her. But at the time, "a source close to" the investigation tipped off ABC News that they were looking into determining if what happened was in fact consensual. Over a dozen other Jane Does later came forward to say that Cosby had done something similar to them. The suit was settled a year later.

In court documents from Constand's case released last week, Cosby painted himself as one super cool number, saying, "I think I’m a pretty decent reader of people and their emotions in these romantic sexual things, whatever you want to call them." As for what happened with Constand, he described it as, "playing sex, we’re playing, petting, we’re playing." He said that when Constand's mother learned of and was upset about the incident, he told Constand, "Tell your mother about the orgasm. Tell your mother how we talked."

Riiiiiiight. As the Washington Post says in a headline for the ages, "Genius seducer Bill Cosby didn’t realize key accuser was gay, new documents say." Cosby's team has of late been attempting to do damage control and accusing Constand of violating the confidentiality agreement, for such offenses — I kid you not — as tweeting earlier this month, "Yes!" and "Sir!" In a motion filed Tuesday, Constand's team argued that Cosby "fails to realize that the settlement in this matter was designed to compensate Plaintiff for the injuries Defendant inflicted upon her and to silence BOTH sides. In fact, Defendant has openly engaged in a media blitz." And more damningly, it says, "In his narcissistic view of the world, Defendant believes that Plaintiff’s every tweet must be about him. He is as perceptive in this belief as he claims to be in his interpretation of non-verbal cues from women he wants to seduce. The tweets do not include any hashtags and were sent during the time period that there was extensive publicity about gay marriage. As defendant admits in his deposition, despite his talent for interpreting female reactions to him, he did not realize Plaintiff was gay until the police told him." And a report by People on Tuesday adds that Constand was also in a relationship with a woman at the time of the alleged assault.

Now, let's get this out of the way  — no one is saying that a gay person can't ever have a consensual sexual encounter with a person of another gender, that it can't be a satisfying one, or that she can't be non-monogamous. But if that was the case, why turn around and accuse the guy of sexual assault? Why say that she now "sits quietly listening to descriptions fed to the media of celebrity parties and 'disco biscuits,' knowing that she never attended a celebrity party or requested to take a disco biscuit (or ever even heard that term, for that matter), or any drug or other medication that would render her unconscious"? What if — just go with me here for a moment — a young gay woman with a girlfriend was actually not sexually attracted to a 67-year-old man more than twice her age? What if she saw him as a friendly acquaintance and a prominent alumnus of the university where she worked? What if she and the nearly four dozen other women who've come forward with astonishingly similar stories are telling the truth? Because that doesn't sound so farfetched.

Then again, there's likely nothing that can convince the diehard Cosby believers that their hero could do any wrong. For them, what's good enough is the word of an icon. And for them, he's a man who simply explained it all away in 2005 by saying, "I think Andrea is a liar and I know she’s a liar because I was there. I was there."