The host speaks up about Cecil the Lion, and proves again why he's the king 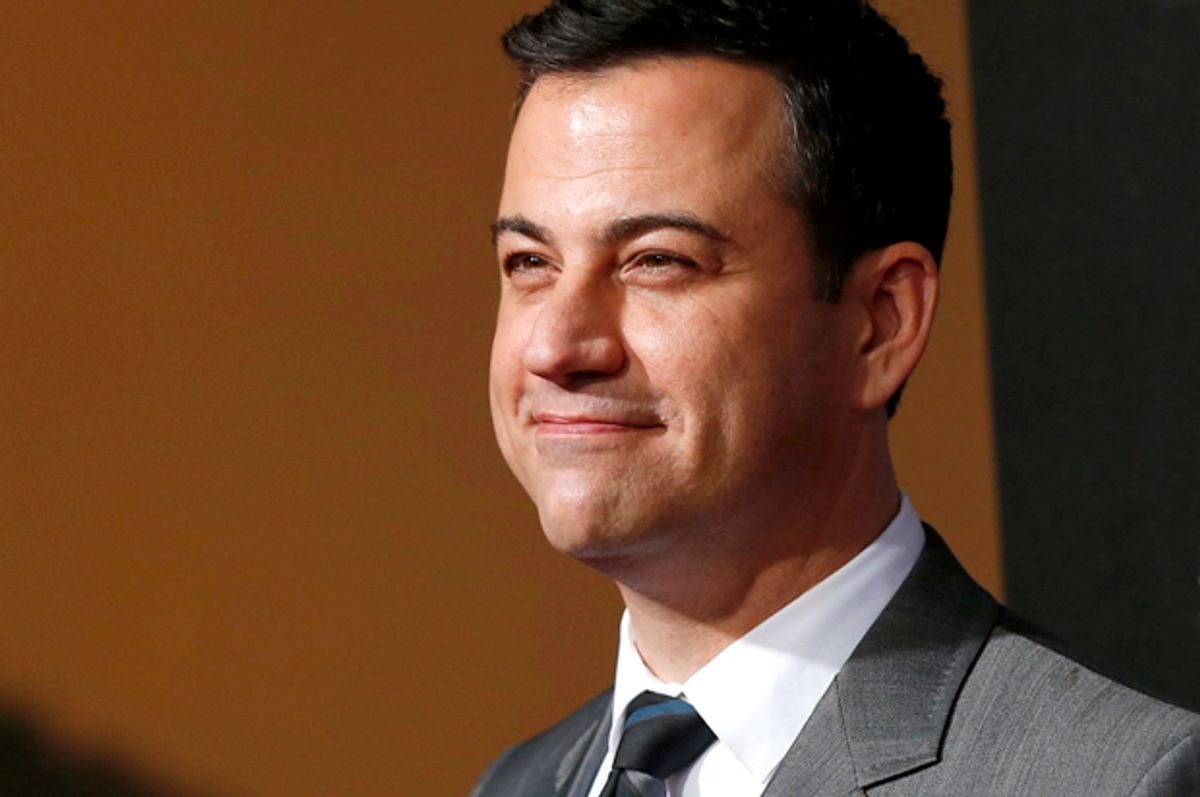 Had you suggested fifteen years ago that the cohost of "The Man Show," a guy who gained fame alongside human disaster Adam Carolla, would evolve into one of the sanest, sharpest voices on television, let's just say it would have been a hard sell. But on Tuesday night, when he used his platform to speak up about a roiling hunting controversy, Jimmy Kimmel proved himself the late night voice of reason. Again.

In what's become the latest chapter in an ongoing intense public debate this year, a Minnesota dentist found himself in the spotlight this week when it was revealed he'd allegedly paid at least $50,000 to kill a lion in Zimbabwe. Walter Palmer now says he thought the "hunt" — if that's what you want to call luring out a resident of a national park with bait, shooting him with an arrow, and then letting him suffer for another 40 hours before finishing him off with a gun — was entirely aboveboard. But it turns out that the lion, Cecil, was a beloved local fixture. And the Zimbabwe Conservation Task Force says that the animal was "skinned and beheaded, and the hunters tried to destroy the GPS collar that Cecil was wearing as part of research backed by Oxford University."

The revelation of the hunt and the questions about its legality have unleashed a heap of outrage. And it comes in the wake of similar headline-making hunts: In April, Ricky Gervais tweeted his disgust after hunter Rebecca Francis posted a cheerful photo of herself next to the carcass of the giraffe she killed, and in May, he went after Texas rich guy Corey Knowlton's expensive, and ultimately successful, quest to bag a black rhino.

But the designated explainer for this newest incident is Kimmel, who, in a potent and often funny nearly five minute monologue Tuesday discussed the story in a manner both impassioned and compassionate. "The big question is, why are you shooting a lion in the first place?… How is that fun? Is it that difficult for you to get an erection that you need to kill things?" But he also strenuously noted that "I'm not against hunting… but if you're some a-hole dentist who wants a lion's head over the fireplace in his man cave so his douchebag buddies can gather around it and drink scotch and tell him how awesome he is, that's just vomitous." And he added, importantly, "I don't think the answer is to start a witch hunt for the guy," before making a pitch for "some good" to come out the story and directing his viewers to the Wildlife Conservation Research Unit, which had been tracking Cecil before he was killed.

It was easily Kimmel's finest moment since last March, when he went on a righteous rant against the anti-vaccine moment, telling his audience, "I would expect you to take medical advice from almost every doctor in the world" over that of people who "learn about the human body from their friends’ Facebook page." And he ran a PSA from real doctors, who asked, "Remember that time you got polio? No, you don’t, because your parents got you f—king vaccinated."

Kimmel is no doubt aware that taking a stance — any stance, on anything — makes one a target for the vocal and angry, who, to be fair, also watch television. The joy of Kimmel is that when it comes to an issue he feels strongly about, he doesn't care. He didn't care eight years ago, when he was among the very first to excoriate Gawker's dirty tricks. And if you want to be mean on Twitter, he will actively laugh at you. Imagine Jimmy Fallon, America's most successful corporate retreat leader, having that kind of swagger. And while we're used to the reliable righteous anger of the Comedy Central fake news circuit, it's something else to see someone who talks to movie stars for a living so willing to regularly break form and call out the "vomitous." It's awesome. So keep late night ticked off, Jimmy Kimmel. Because we need what you're saying, all day long.