The grim spectacle of celebrity death photos: How to gain a tabloid cover and lose your humanity in one easy step

A bounty was reportedly placed on pictures of Bobbi Kristina Brown: Why? 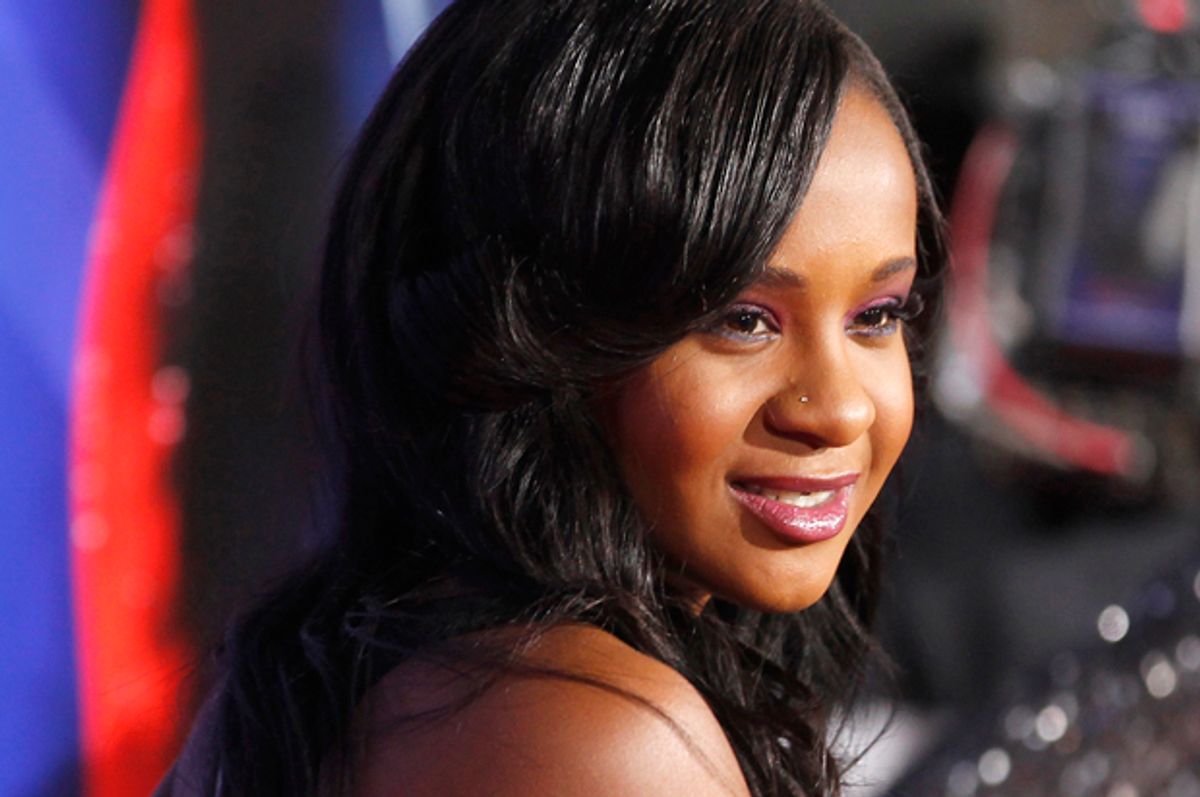 What's the going rate for a photograph of a dead young woman? Well, the Daily News reports it's currently going at six figures.

It helps that girl in question was Bobbi Kristina Brown, who died in late July after spending six months in a medically induced coma. And as the 22 year old daughter of Whitney Houston was being mourned by friends and family in services that once again revealed the family's conflicts, rumors soon began circulating that the National Enquirer had put a $100,000 price tag on an image of Brown in her coffin. The Daily News adds that it's learned "The National Enquirer sent a handful of reporters to Atlanta with "'fistfuls of cash' for stories from anyone close to Brown, because they anticipated this cover story to be as big as the one for Houston’s death." Meanwhile, last month, photos of Brown in hospice were reportedly shopped around -- and tabloid sites this week gleefully have run pictures of the hearse from the scene.

It's a sad echo of a previous tragedy, when three years ago, the Enquirer splashed a casket image of "Whitney: The Last Photo" on its cover. The Enquirer, by the way, has also published funeral photos of John Lennon and Elvis Presley, so this is kind of their thing. After the Houston photo ran, the New Jersey funeral home where she was laid out quickly pointed the finger at a "close friend" who was "the only non-family member who accompanied Pat Houston in her car to Whitney’s memorial and funeral and to the viewings," but the origin of the image has never been revealed. All that is sure is that the Enquirer's publisher,  Mary Beth Wright, has stood by  the image, telling Fox news, "I thought it was beautiful." Bobbi Kristina, however, was reportedly "furious" over it.

The desire for one final image of a person is almost understandable. In the Victorian era, it was common practice to use the relatively new technology of  photography to take pictures of the deceased — often children — not laid out for a funeral but propped among their family members. And the tradition still persists. In March, writer Veronica Wells asked in Madame Noire, "Why do black people take pictures of dead bodies?" after rapper Kevin Gates posted a photo on Instagram of his grandmother in her casket. In it, she speculated, "For those who are adamant about documentation, this is a great way to have a person’s last photo in your possession." It's also not uncommon for parents who've lost a baby to arrange for "remembrance photography" so they can have a keepsake of the child.

But it's quite another thing to — if the Enquirer is staying true to its death porn previous form — go to great lengths and expense to purchase a photo of a dead girl so it can wind up next to the gum at  supermarket counters across the country, so people casually buying their groceries can take in the image of a human life that lasted only two decades. That's some next level callousness there --toward her, toward her father, toward those who loved her and grieve her, toward anyone who may actually possess a moral compass. You can put a price on a picture, but you can't put a price on humanity. You either have it or you don't.  You can't buy it. But you sure as hell can lose it.