The singer's junk was briefly exposed at a concert, but he remains unflappable 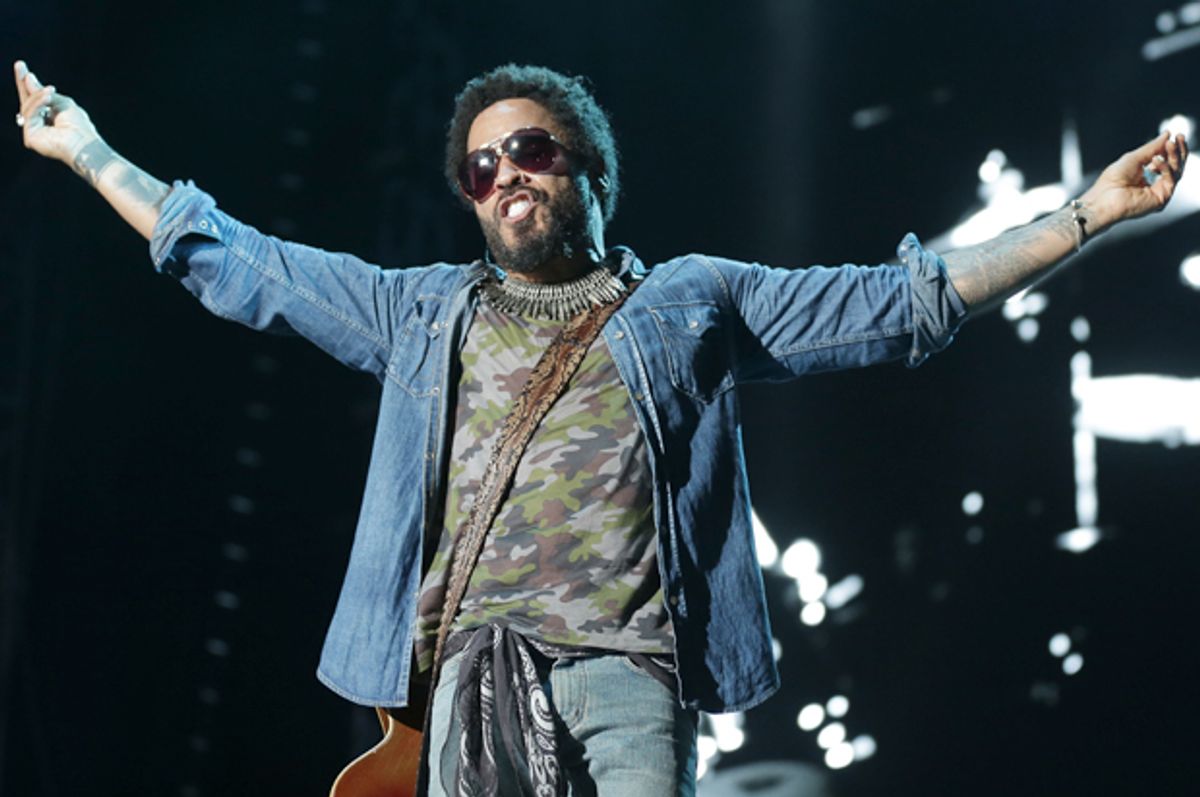 Are you just not seeing enough male junk, Internet? Is that the problem? Because I've got to tell you, if that's the case, five minutes on Tinder will clear that right up for you. And then maybe you won't launch into a mass freakout every time a famous person has a crotch-related wardrobe malfunction. The latest male celebrity to stun the planet with confirmation that he has genitals? Lenny Kravitz.

Kravitz was performing in Stockholm Monday in a pair of very rock and roll, very tight black leather pants when he did a very rock and roll squat. The pants did not survive. And, well, as the Washington Post soon reported, based on the evidence, "He's Jewish." He's also apparently got a piercing and a penchant for going commando. The more you know!

Reports say that following the week's second biggest celebrity split, Kravitz then left the stage modestly covering his front with his hand. He returned soon after with a fresh outfit, telling the audience, "Sorry, I ripped my trousers." But the genie was already out of the bottle, so to speak, and Lenny Kravitz's full frontal instantly eclipsed LeBron's little flash of peen from earlier this summer for sheer Internet freakout value.

The confirmation that a 51 year-old man and father has what looks like a functioning penis was promptly declared "shocking" and "epic." The Independent reported that Kravitz had "learned a very important lesson… never go commando while performing."

But Kravitz himself doesn't seem upset or ashamed. Fancy that. On Tuesday evening, he posted a screenshot of a text he received from Steven Tyler that read "Dude… No underwear and pierced… F__k me… You never showed me that s__t." Kravitz cheekily hashtagged it "#penisgate." And it's nice to see someone rise so quickly to heed Kevin Bacon's recent demand for more male celebrities to "free their bacon."

Sure, maybe there's a degree of naughty excitement to be found in a famous person being caught with his pants down —  or at least seriously compromised. But the degree of shock and awe that accompanies any glimpse of a human accidentally revealing what's going on in his or her bathing suit area says a lot more about our culture's own uptight, juvenile relationship with the human body than it does about the person whose manhood is out there dangling before the world. I've seen preschoolers hold it together better when another kid has a problem keeping his or clothes on correctly than most of Twitter can when an adult faces a similar issue. And while the ludicrous frenzy that erupts every time a bit of skin gets inadvertently exposed reveals something really embarrassing, it's most assuredly not about the man himself.