NYC cops tell woman filing rape report "maybe you're a party girl": Yet another lesson in how not to talk about sexual assault 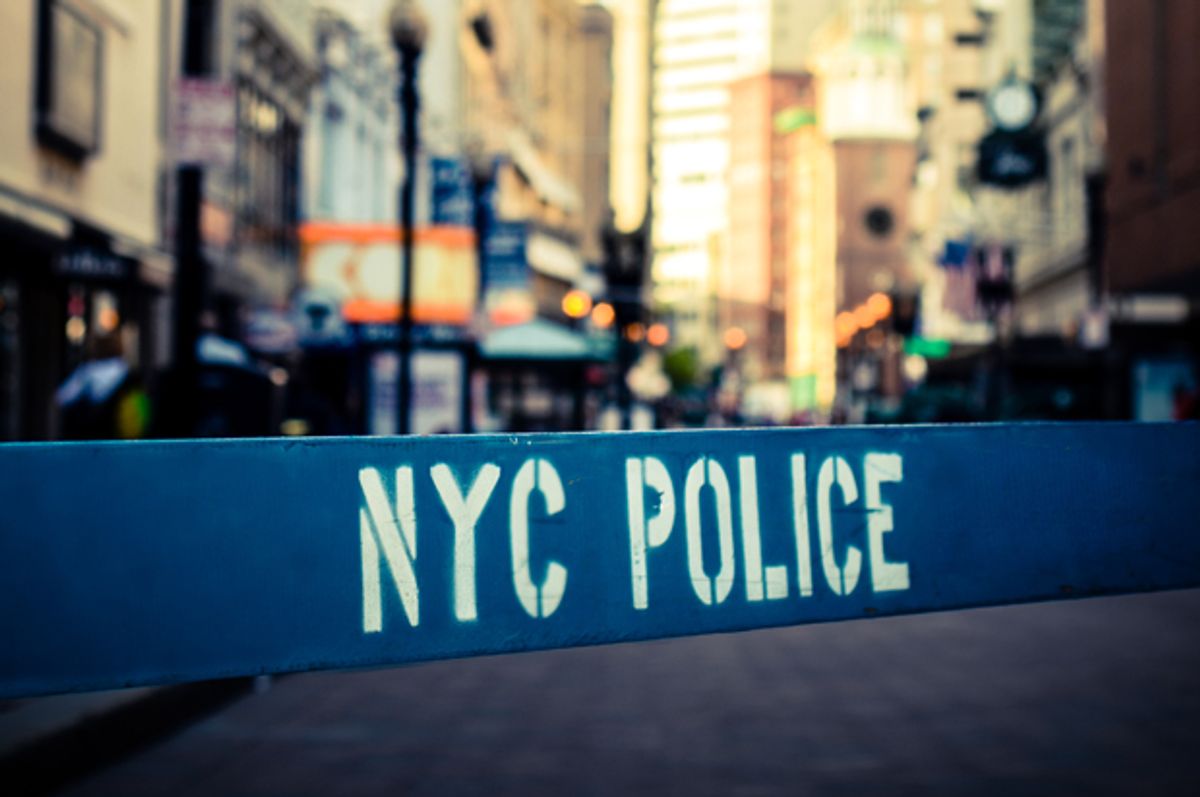 It's time again for your latest briefing how not to talk about an alleged sexual assault. But first, a brief review. We've already recently covered why you should not confidently assert that it it's impossible for a husband to rape his wife. And the lesson on how not to start sentences with the phrase "That’s not blaming" right before engaging in blaming should still be pretty fresh. Now let's move on to the commentary surrounding an reported rape in late July  at a New York City bar. See if you can spot all the boneheaded and backward ideas here. Ready?

Pepper Ellett says that she was recently sexually assaulted at the Happy Ending bar by an employee of the establishment. In a detailed public Facebook post last week, she described her experience — not just the alleged assault itself but the way she was treated afterward. She said she believes she was drugged, though she recalls she was using the restroom when a man entered it and forced himself on her. She asked, "What does it say about the society we live in that in the day following my assault, I spent 10 straight hours without food between the hospital, SVU (Special Victims Unit) and in the care of policemen?… I had to give my initial report to three white male cops (two of which were training) who not only made me feel like I was being interrogated, but weren’t even part of the precinct that would handle my case."

Gothamist then reported that nurses at Lenox Hill Healthplex "confirmed her injuries were consistent with sexual assault," yet Ellett claimed one of the cops she dealt with asked her, "Why don't you remember? That just doesn't make any sense. Maybe you're a party girl. You know regrettable sex is not the same as rape." And, she said, the cops told her,  "Maybe you led him to believe it was okay in some way? If it's his word against yours it's gonna be years of an uphill legal battle, a lot more strife." She added, "I just felt like the entire time I had to keep retelling my story to a dude who didn't even care, and who kept asking me to prove that I wasn't some whore who forgot that I said that this guy could have sex with me." Earlier this year, the same bar's owner-manager Teddy Perweiler, was accused of physically assaulting his ex-girlfriend and investor Julia Fox in its kitchen.

But wait, there's more. Speaking with the New York Post's Page Six earlier this week, an unnamed representative for the Happy Ending said that "The CCTV tapes show clearly that the alleged victim was seen kissing at the bar with the employee and was seen entering the bathroom of her own free will. It shows a 90 percent chance it was consensual behavior." The person added a claim that Julia Fox has been using the alleged incident as "leverage to continue her campaign to damage" the business and that the bar has hired an attorney to "inquire into the motives of any persons inventing and distributing vicious untruths about Happy Ending... their conduct will be dealt with according to the law."

And Gothamist reported that "Yesterday an NYPD spokesman confirmed that the investigation is open, but also made a point of telling us that security camera footage obtained from inside the bar shows Ellett holding hands with the employee." The bar says it has since fired the employee.

Yeah, okay, I'm going to go hyperventilate into a paper bag for just a sec and then we'll move on. It's nice that that Max Levai, one of the bar's owners, issued a statement Wednesday to say that it had terminated its relationship with its rape percentages estimating publicist Nadine Johnson, and that "At this early stage in the investigation, the details of what happened on the night in question are not yet clear, and it is not our place to opine on the veracity of the complainant’s allegations — that is for the police to determine." But he also felt it necessary to add, "We do know that certain third parties are attempting to use those very serious allegations as part of a broader scheme to extort money from the establishment and others in connection with an entirely separate dispute that does not involve either the complainant or the accused." Please stop talking now, just about everybody.

The way justice is supposed to work is this: You ought to investigate, and you ought to expect to uncover evidence. One person's account of events is only the beginning of the process. But a person who says she believes she was drugged and raped is not necessarily a "party girl," and, much more significantly, party girls get raped too and it's still rape. Further, a person who kisses another individual or holds hands with him has not forfeited her right to not get raped. These are important concepts that need to drummed into people's heads until they have internalized them to the extent that they no longer equate being a person outside in the world with asking for it. And that concludes today's lesson. I've no doubt there will be a brand new one for us to explore tomorrow.