After "True Detective," HBO needs a new hit: Here's why "Westworld" could be its next great show

The teaser is brief, but smart people are behind this and it deals with a major technological issue 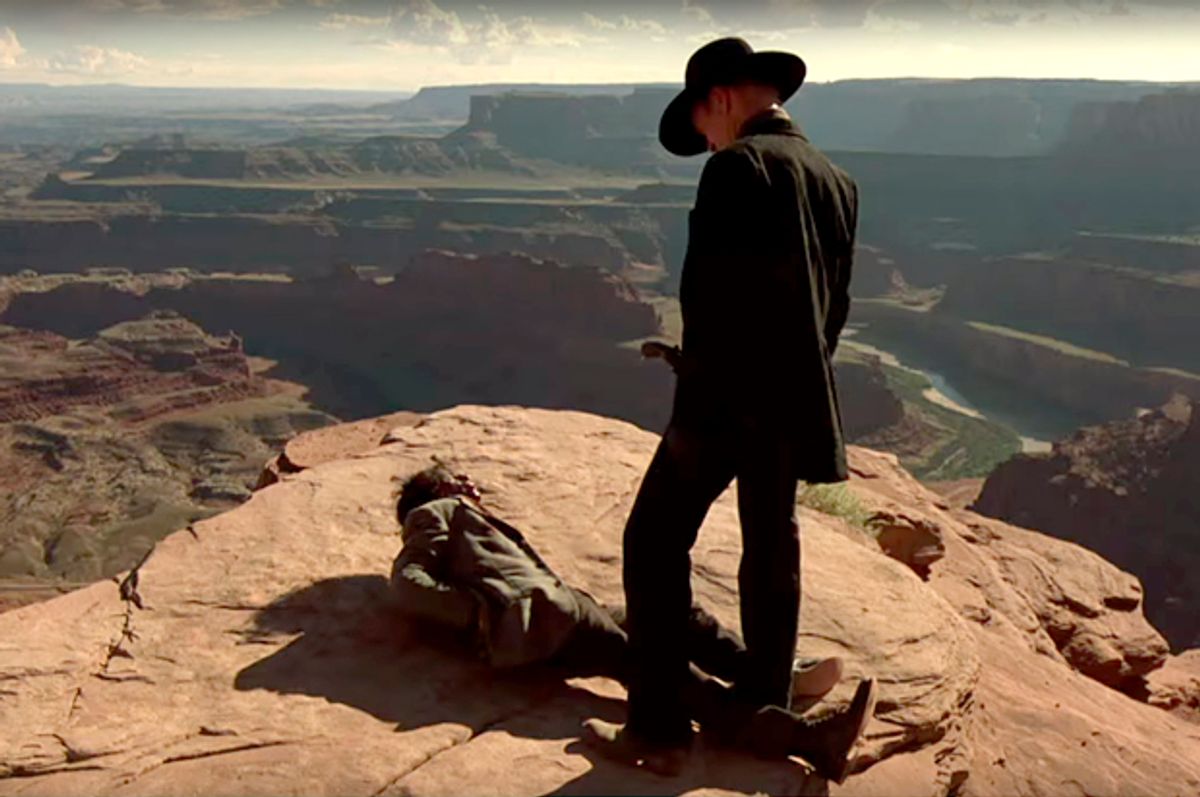 For a lot of viewers and critics, HBO has some atoning to do. For years, the network was on a roll thanks to groundbreaking shows like “The Sopranos,” “The Wire,” “Game of Thrones,” and plenty of others, but it's taken a black eye for the second season of “True Detective.” The years may reveal the show to be better than we think now. But let’s just say, it’s rarely been such a better time for HBO to have an appealing and timely new show on the way. (The fact that they have an Amy Schumer standup special coming in October also gives us hope.)

And it’s why, even with the series premier now pushed off until 2016, I'm as excited by the upcoming series “Westworld” as the network’s brass surely is. Here's the teaser:

On the surface, this hardly has a perfect pedigree: The show is based on a 1973 movie, directed by Michael Crichton, about “the ultimate resort… where you can live out your every fantasy” including “lawless violence on the American frontier of the 1880s.” Starring James Brolin and a scarily robotic Yul Brenner, it’s a world – as a robotic voiceover tells us – “where nothing can possibly go wrong.” (Until it suddenly, spectacularly does.)

Our guess is that HBO’s show will feel less like the 1973 film and a bit more like “Ex Machina” and "The Matrix." (Something about the upcoming show’s catchprase -- “Have you ever questioned the nature of your reality?” – also makes me think of Philip K. Dick and Keanu Reeves in a trench coat.)

We don’t know a whole lot of details yet, but here are a few things I like about this “dark odyssey about the dawn of artificial consciousness and the future of sin." It’s executive produced by J.J. Abrams and co-created by Jonathan Nolan (who has co-written several screenplays with brother Christopher and wrote the story on which the film “Memento” was based.) It stars heavy hitters including Anthony Hopkins (who appears to be playing the sinister Yul Brenner role in this one), Evan Rachel Wood, Thandie Newton, and Jeffrey Wright.

And did I mention how timely it is? It’s not even clear that it’s set in our century, but the impact of advanced technology on the post-industrial world is one of the most crucial topics of our time. I'm not really expecting to suddenly live in a world in which robotic, cowboy-hatted desperadoes start shooting at me. But we're still smarting from that recent Barbara Ehrenreich review in the New York Times, which argued that “the job-eating maw of technology now threatens even the nimblest and most expensively educated… Tasks that would seem to require a distinctively human capacity for nuance are increasingly assigned to algorithms, like the ones currently being introduced to grade essays on college exams.” There’s never been a better time to look at this stuff.

Even closer to the show's premise: Just a few weeks ago, more than 1,000 scientists signed an open letter arguing for the banning of AI-driven weaponry. “Artificial Intelligence (AI) technology has reached a point where the deployment of such systems is—practically if not legally—feasible within years, not decades, and the stakes are high,” reads the letter signed by Elon Musk, Stephen Hawking, and Steve Wozniak. From Newsweek:

The authors recognize a common argument made in favor of the technology—that replacing soldiers with machinery ultimately reduces the owner’s number of battlefield casualties. But in reducing casualty rates, they argue, autonomous weapons would make armed conflict less costly and therefore more frequent.

“The key question for humanity today is whether to start a global AI arms race or to prevent it from starting,” the letter reads. “It will only be a matter of time until they appear on the black market and in the hands of terrorists, dictators wishing to better control their populace, warlords wishing to perpetrate ethnic cleansing, etc.”

What are the chances of a TV series capturing all of this? Not terribly good, even on HBO. For now, we'll just hope it doesn't let us down the way "True Detective" did, and we'll call it even.