Nancy Wilson on leading Heart with her sister: "The guys in the band sometimes had a hard time with that"

Wilson talks to Salon about classic rock, playing "Barracuda" on Guitar Hero and CNN's "The Seventies" 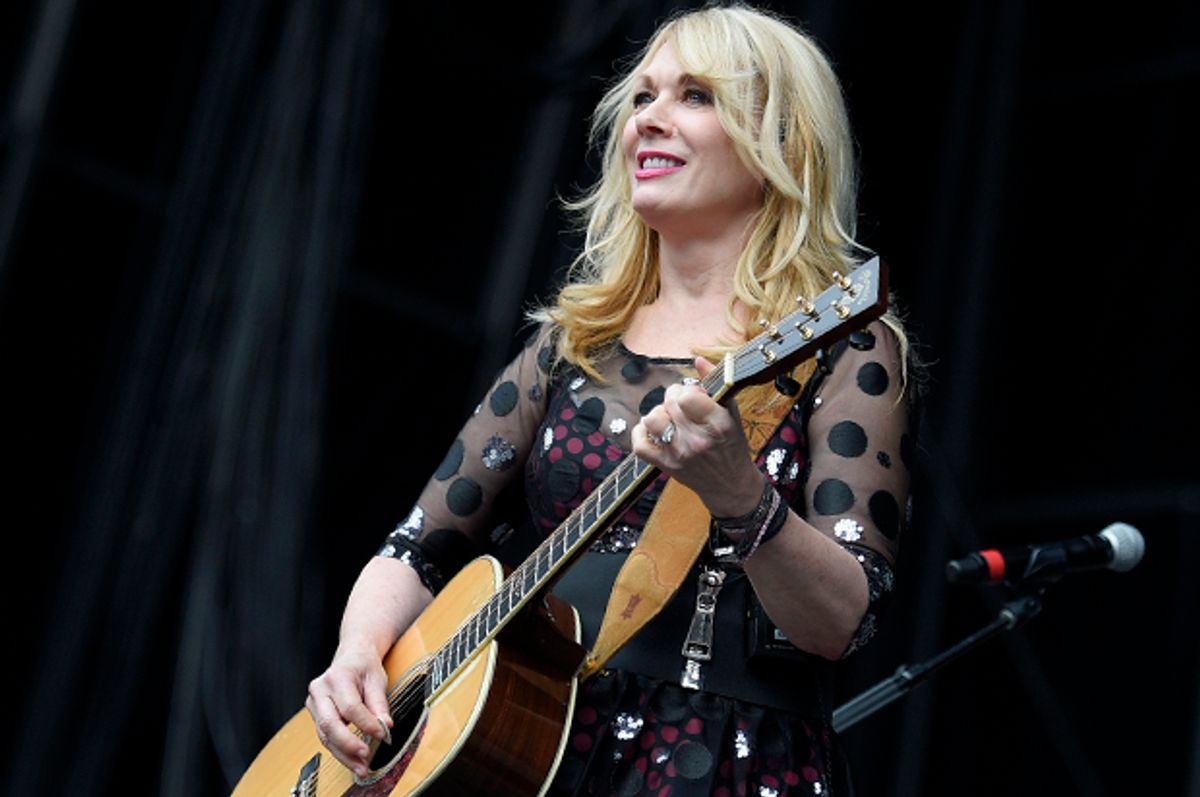 When the band Heart broke through the rock scene in the mid-1970s with songs like "Crazy on You" and "Magic Man," studio time was expensive and AutoTune wasn't around to fix mistakes.

"We figured out the song and how we wanted it to go and the tempo and the key, and then we recorded it," says Nancy Wilson, whose band had four platinum-selling albums and 10 hit singles in the '70s before becoming one of the biggest bands of the '80s. "We didn't have many chances to change our mind or cut and paste."

Wilson is one of the featured talking heads in the music episode of CNN's documentary series "The Seventies," which airs Thursday night and features archival performance footage of Heart, John Lennon, the Rolling Stones, the Jackson Five and David Bowie. Salon caught up with Nancy Wilson earlier this week to talk about "The Seventies," classic rock and playing "Barracuda" on Guitar Hero.

There's a great clip in the documentary of Joni Mitchell singing "California" that I had never seen. Did you become aware of her "Blue" album when it came out in 1971, or did you come to it later?

I was a "Blue" fanatic when it came out. I wore that record out.

And she was a music influence for you too?

Yeah, she was above and beyond any other female artist for me. She was Bob Dylan level. Her writing was poetic and confessional, beautifully crafted. She was heartbreakingly good.

Do you see rock — or what Heart was doing, at least — in the early 1970s as coming out of that folk sound more than the pop sound of bands like the Beatles?

I think what was happening at that point in time was an amazing hybrid of all of that stuff — The Beatles and Joni Mitchell and Bob Dylan. Stylistically, things were very blended. There weren't so many compartmentalized styles. Everything fed into a bigger picture that was rock in the '70s.

Heart was already a band when you got involved, right?

Right. They had some history in the Seattle area. When [Nancy's sister] Ann joined, it kind of kick-started Heart. She put a new signature on it with her voice, and when I joined her in the band that added another new signature to it.

Yeah, it was more the vocal harmonies and more of the acoustic sensibility blended with the rock/electric sensibilities, which was a very '70s thing to do. It wasn't folk music, but it was more of a blend of how folk started out — two- or three-part or four-part harmonies and more of the tenderness or even the toughness that acoustic guitar can bring. In a song like "Crazy On You," the acoustic guitar is basically a percussion instrument, so it opened up more categories for the band, a bigger footprint.

You recorded the "Dreamboat Annie" album in 1975. Was that a product of a lot of things you were listening to at the time?

We were trying to create something that was all our own. We had done a lot of other people's songs in clubs for a long time, so we started talking about things that were going on — our own personal lives and our own love affairs. When I hear "Dreamboat Annie" these days, I don't think it sounds like a lot of other things except for the "Heart" [1988] album.

There weren't as many bells and whistles at that time. By the '80s, everything was layered and the sound became overproduced.

Was the producer's role in the 1970s more — play it faster, play it slower, sing it sadder? More about getting the performance on tape than tweaking and mixing it?

The amazing thing about recording in studio at that time was that we would get a whole song tracked all the way through and record it. That's unheard of these days. We figured out the song and how we wanted it to go and the tempo and the key, and then we recorded it. We didn't have many chances to change our mind or cut and paste.

Have you ever talked to Christine McVie or Stevie Nicks from Fleetwood Mac about being women in rock at that time?

We ran into those guys at rock parties in those days, but we weren't really comparing notes. We were holding court, I think, more than anything. [Laughs.] We felt cool to be the only women in that position.

I was curious whether you and Fleetwood Mac had similar thoughts about being women in a male-oriented genre.

From what Stevie Nicks has said in interviews, I think we had a similar experience and made similar mistakes by having relationships with band members. In hindsight, you wouldn't want to do that. When you're working so hard and traveling so much and those are the people you're with, that's your gypsy camp. And things turned out the way they turned out.

This was the same time as the Equal Rights Amendment was going through the states and there were feminist marches. Did you feel like you were having to carry the flag for women?

We always had a lot of admiration for feminists who were out there trying to change things for the better for women, who were trying to find equality in the workplace and at home. In our band, we had such an interesting democracy, and it worked really well. Ann and I were the main writers in Heart. We had the leadership role, and the guys in the band sometimes had a hard time with that. The fans really loved it.

Do you and Ann perform much together today?

Oh yeah, we go out a lot with Heart still today.

You were married to Cameron Crowe, and I knew that you had done the music for several of his movies. When I looked at your IMDB page, I saw an acting credit for you as Beautiful Girl in Car for "Fast Times at Ridgemont High." Were you just on set that day, or is there more of a story?

It's ancient history now. [Laughs!] At the time [1982], I was going out with Cameron Crowe, and he offered me the chance to be in the movie. He wrote it, but he wasn't directing yet. It was a fun thing to do, but I had to get up way too early for a rock performer. That was pretty much the end of my acting career.

Are you doing any film and TV music today?

Yeah, we've got the Heart touring schedule, but I'm working on co-creating and some scoring for four different TV series. One is for Hart Hanson, who created "Bones." Rock touring is still very lucrative for us — which is great to be able to say — but I need to be home with my kids before they grow up and go away.

Have you played your songs on Guitar Hero?

[Laughs.] I tried playing "Barracuda" on Guitar Hero, and my kids could tell you that I really sucked!

I think of "Magic Man" as a song from the "Swingers" soundtrack. I've probably seen that movie 75 times. Do you get involved in what movies or commercials or video games you want to license your songs to?

We look at a lot of things — some great, some not so great. We see rough cuts or treatments for things, but we go a lot by the people involved. We knew "Swingers" was going to be a great film.

When you're supervising music on a film or TV project, how do approach that. Are you thinking about songs pretty early in the process?

The scoring process is a little different from the music, but the songs can inform the score, which is mostly instrumental music. It's interesting that you can be sure that a song will work in a scene and then it doesn't. It's hard to pull off.

Any thoughts on how '70s classic rock is now a button on your satellite radio?

It was such a great era of music, and people have taken it into their lives on such a cellular level. You can drive around and hear a Doobie Brothers song that you haven't heard in a long time and it's so great to hear again. And then there's songs you've heard a few too many times already. It's good to know those songs are still in the culture, that they didn't get left behind.