Presidential libraries, an all-American scam: Why these overpriced vanity projects are bad for politics, the economy & history

Barack Obama is in the early stages of raising $1B for his planned library in Chicago. What a waste! 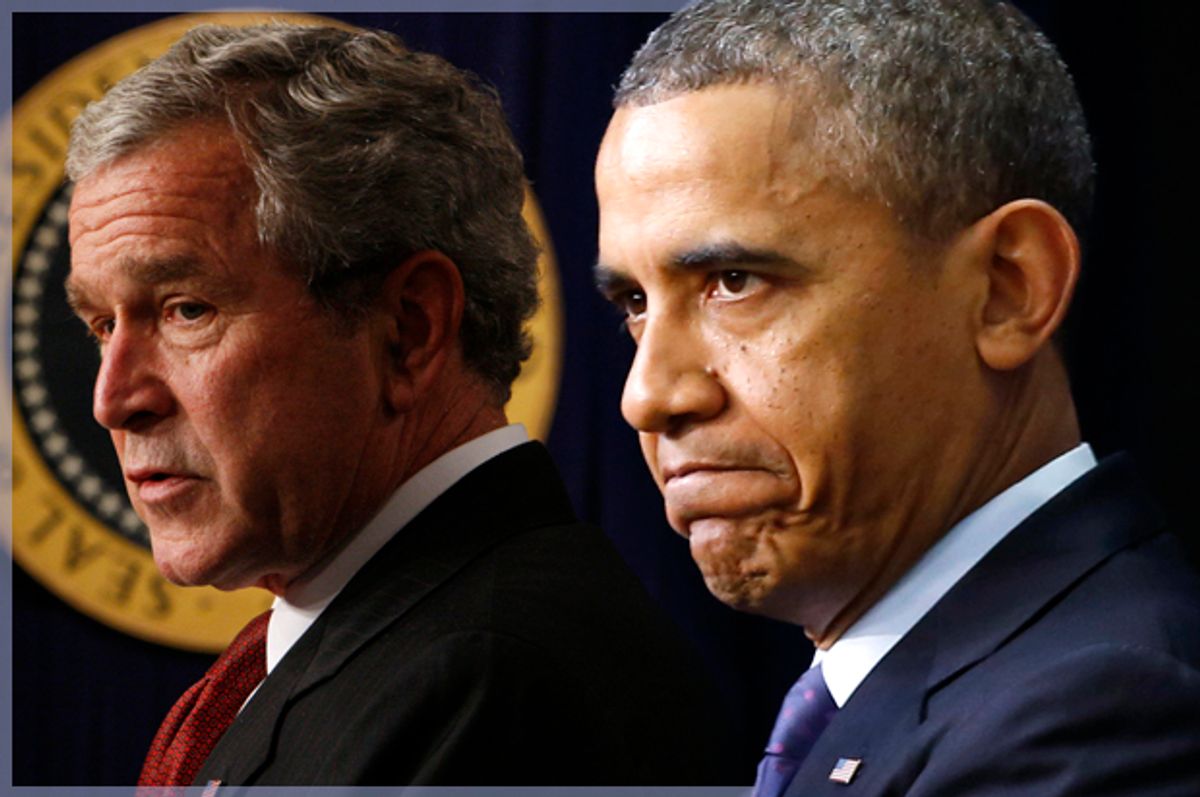 We spend a lot of time fretting about the power of money in elections. But what about the power of money after all the elections end? The lure of cashing in once leaving politics can have as much of an impact on policy as the continual lobbying and campaign contributions while a politician is in office. Yesterday the New York Times depicted this in rather unseemly fashion, showing how President Obama has vigorously plotted his post-presidency since a week after getting elected to a second and final term.

By “plotted” I mean “flattered potential donors at late-night White House dinners.” The scene-setter for the article featured Obama and his wife in a private upstairs dining room this February, hobnobbing until 2 a.m. with venture capitalists, billionaire CEOs, actresses and hedge fund manager Marc Lasry, last seen getting $450 million in public money from Wisconsin to build a sports arena for the Milwaukee Bucks, which he co-owns. The dinner was part of a series of all-night bull sessions with “extraordinarily rich groups of people.”

The intent of the dinners: cash, $1 billion in all, seen as the benchmark figure for Obama to build his foundation and presidential library. Eight years earlier, George W. Bush raised $500 million for his showplace, more than all previous presidential libraries combined. Obama’s goal is double that. The dinner participants wouldn’t pay now but would certainly be asked to pay later, by the guy who regaled them inside the White House and solicited their important opinions on what he should do with his life after Jan. 20, 2017.

Which all begs the question: If a private citizen seeks private donors for a building with his name on it, and an endowment for a foundation that could potentially do good work, why should we care?

First of all, the president is not yet a private citizen. And one-quarter of his presidency is being occupied, at least in part, with fundraising for a vast apparatus to safeguard his legacy. Who donates to that effort matters. (So far $5.4 million has been raised from just 12 people.) And what happens in the last two years of office that affects those donors’ contributions matters.

Those decisions may not merely be driven by financial concerns. Is the insistence over securing the Trans-Pacific Partnership driven by a sincere belief in global trade and the geopolitics of containing China, or because that’s the only possibility for a section in the library highlighting Obama’s ability to work with Republicans on bipartisan solutions? All presidents ponder their legacy in the final days, but having a senior adviser, former Wall Street Journal and Washington Post reporter Shalaigh Murray, working on legacy projects from inside the administration, two years out, can cause some distortions.

Second, the record shows that history suffers when presidents build fortresses around their accomplishments and use well-funded public relations strategies to obscure the facts. As Rick Perlstein explained in The Baffler, modern-day presidential libraries put truth in the background in favor of a no-warts hagiography. If presidents pay for the buildings, they can spin the evidence however they want, you might say. But these places of hero worship are taxpayer-subsidized, publicly owned sites where presidential records are kept for future scholarship. The U.S. government spends about $100 million a year to run presidential libraries, a cost that will grow as we accumulate ex-presidents.

It’s a small amount in the grand scheme of things, but it’s not being put to its intended use, as a tool for history. The libraries typically obscure rather than reveal, with presidents of both parties and their staffs zealously controlling access “to make sure their rights and prerogatives are protected.” Perlstein notes how the Reagan Library conveniently “lost” documents about John Roberts’ time in Reagan’s Justice Department during his confirmation hearings for the Supreme Court, and how backlogs for Freedom of Information Act requests stretch across decades. Complexity is ignored; controversy is sidestepped; history is skewed.

Third, consider the location for this living mausoleum – the south side of Chicago, a depressed and often desperate area in need of public investment. The Obama Foundation boasted that the library site would bring hundreds of jobs and hundreds of millions of dollars in economic activity to the city. But Anthony Clark, author of a book about presidential libraries called "The Last Campaign," calls this a massive overstatement.

Clark wrote in Salon in 2013 that most libraries “struggle to attract visitors,” no matter what kind of technical wizardry they serve up. I can think of a thousand better ways to aid the residents of the south side than “a pair of virtual reality goggles” allowing visitors or Web users to “be transported to Mr. Obama’s 2008 speech on race in Philadelphia.” To quote Clark: “Presidential libraries are supposed to be… guardians of history, of the documentary evidence of a presidency. They’re not supposed to be theme parks.”

In fact, one study showed that the library construction would cost the city $142 million, before the Obama Foundation ordered up a competing study alleging a net benefit of $222 million. The latter analysis got all the publicity in the run-up to convince city fathers of the propriety of a south-side location, under the auspices of the University of Chicago, on land currently occupied by a public park.

The thing is, there’s already a road map for dignified post-presidential service that doesn’t involve scarfing up gobs of money and constructing a Xanadu-like edifice of self-adulation. The terrible disease of Guinea Worm, which affected millions of Asians and Africans as recently as 30 years ago, is on the verge of eradication, largely thanks to Jimmy Carter and his organization. Carter has built homes for the homeless and created a leading worldwide authority on whether elections are credible. He has spoken out on foreign policy even against his own party, most notably regarding the Palestinian occupation. He helped rescue political prisoners abroad and helped ink a nuclear nonproliferation agreement with North Korea.

Carter, now stricken with liver cancer at the age of 90, has a legacy to protect, and his work on human rights, global health and peace funnel into that. But he didn’t locate his legacy in currying favor with anyone holding a 10-figure bankroll. If Barack Obama wants to lead a statesmanlike existence after leaving the White House, he should maybe assemble less donor meet-and-greets and just think about what good he’d like to do for the world in his elevated position. And then, he should go ahead and do it.