Guilty of being black in a white world: The ludicrous reason these women were thrown off of a train last weekend

The Napa Valley Wine Train left a 10-woman book club on the side of the train tracks... and for what? 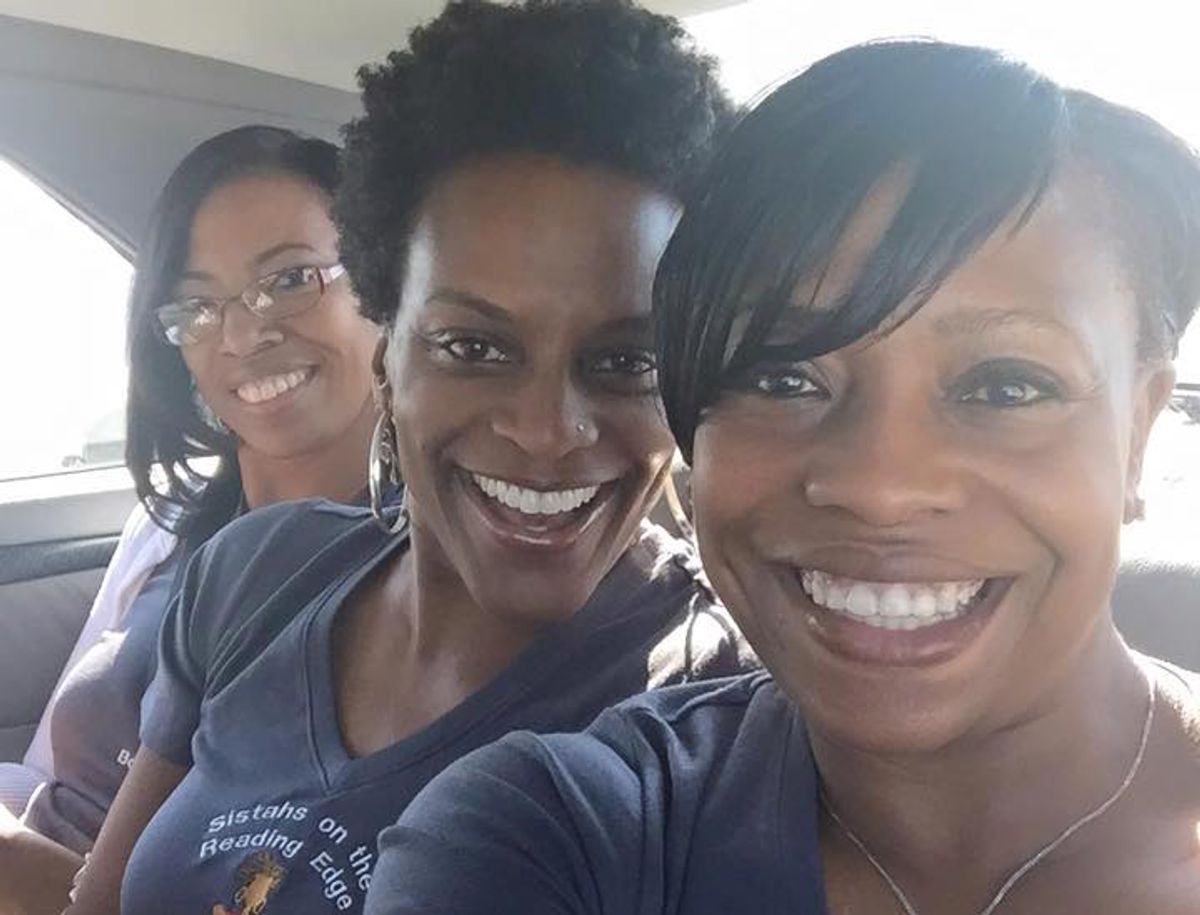 Over the weekend, the Sistahs on the Reading Edge Book Club, composed of 10 Black women and one white woman, were kicked off the Napa Valley Wine Train for laughing and talking too loudly on their way to a vineyard tour. These women were enjoying themselves and participating in a wine tasting when several passengers began to complain about them being too loud. They admitted to talking loudly, but indicated that they were just having a good time, and were not being disrespectful.

It would be exceedingly hard for a group of 11 friends of any race or gender to travel together to a social event and remain quiet and inconspicuous. However, according to Lisa Johnson, one of the organizers and attendees of the event, after passengers began complaining about the group, they were forced to take their belongings, march through the length of the train, and disembark, where they were met by the police. Later, the Napa Valley Wine Train posted on Facebook that the women were verbally and physically abusive toward staff and other guests.

Both a spokesperson and the C.E.O. of the Wine Train have since retracted the incendiary statement, which they say was written by a “junior staffer,” and have admitted that it was factually incorrect. These women did not physically or verbally abuse anyone. Company executives also admit that it was unnecessary to force the women to march through the train.

Their biggest “crime” was being “disruptive” to other guests. And for that, they were subject to an encounter with police. Being too loud on the way to a wine tasting is not worthy of an encounter with law enforcement. As Johnson argued on her facebook page, these women were treated like criminals and humiliated for the “crime” of enjoying themselves too much in the presence of predominantly white train riders.

Because no racial epithets or references were used when the complaints were lodged, it would be easy to attempt to see this incident as non-racial. This was just, as many would like to believe, the case of persnickety elite passengers complaining about other passengers, who were not respectful of the space. But such thinking betrays an inchoate and facile understanding of the ways that racism works. In April, a large group of Latino passengers were threatened with removal from the very same train for being too loud as well. Black and non-white bodies in white spaces are fundamentally disruptive. Even when they say nothing at all. If they dare to speak too loudly, punishment is frequently swift.

And we know this. Black people are exceedingly self-conscious about being perceived as too loud, too demanding, too anything in the upscale, usually white spaces that we sometimes have occasion to frequent. If you are Black and middle class, or aspire to the middle class, one of the things you learn early is how to navigate white spaces so that you are as inconspicuous as possible, so that you blend in. When my mother took me to restaurants as a child, I always had a tendency to speak a bit loudly. My mother would always lower her voice, look at me intently, and say, “keep it down! Your voice carries.” She was fastidious about training me never to encroach on the space of others, particularly in white space. I always understood the training to be about manners, rather than about race.

But everything is about race. It is about race because while being a loud person in shared space annoys most of us, being a loud Black person in shared, public space is read through a different order of magnitude. Being a loud Black person is perceived as not only annoying but as potentially threatening. For instance, a predominantly white women’s book club most likely would have been met, at most with angry or annoyed stares. Their being loud would at best have been understood as a dilemma that the train company and other passengers needed to make allowances for and accommodate.

Most assuredly, some will read this statement and point to the times they have been treated poorly while white. But this is not about the exceptional moments of poor treatment that stick out in the minds of white people because of their singularity. This is about the fact that most Black people I know, myself included, can point to countless incidents, numerous microaggressions, and daily negotiations of public spaces with white people, that are unnecessarily hostile because of white entitlement. Again Black people are trained early and well to navigate space in a way that is as non-threatening and non-disruptive to the easy flow of white bodies as possible. We do it so well that white people don't notice. We don’t get any awards for this, but resentment and reprisal abound when we don’t.

When we refuse the script of social quietness, white people’s ears ring with derision. In those moments, whiteness asserts itself. It gets angry and loud. It complains. It passive aggressively deploys words like “respect,” “decorum,” “civility” and “courtesy.” It overestimates the slight and misrepresents the facts. White resentment precedes in an irrational manner. But it is not recognized as resentment. It is recognized as concern, as fear, as the right to remain unbothered.

The problem is that Black people’s right to be concerned about, to be fearful of, to remain unbothered by the passive aggressive and frequently deadly operations of whiteness is rarely recognized or respected at either an individual or a structural level.

What happened in Napa, however, is that these Black women did not follow the rules. They chose to revel in a moment of joy. They chose to take up too much space. And they paid the price for doing so. They thought that no one would surely be that bothered riding a mere 18 miles with them, while they enjoyed communion, and fellowship, and laughter.

But this is the indignity of racism. It is not simply that these women were removed, but that they were humiliated, treated as criminal and then publicly maligned with false accusations. Why did the junior staff person perceive laughter, joy, and friendship as “verbal and physical abuse”? Why are Black women communing together enjoying themselves seen as an encroachment upon white people’s joy? Why is Black joy criminal?

On many occasions, I have seen groups of friends, of all races, laughing and enjoying time together out in public. Often I look at them and laugh, because their joy conjures my own, and reminds me of the lovely community of women that I have on occasion enjoyed raucous laughter with in public.

Over the summer, I traveled with a group of friends throughout Europe for both work and play. In Florence, Italy, we visited a vineyard where the company makes premium olive oil. During the tasting, our host was demonstrating how we should drink the olive oil and swish it around in our mouths so we could appreciate its many textures, aromas, and flavors. When I looked around, though, my sister friends were rubbing this luscious, verdant olive oil into their knees and elbows and into their hair. Olive oil is magic for Black skin and hair.

It was a moment of pure, unadulterated, cultural Black girl joy. And our host looked at us curiously and grinned. We had not followed the script. We had “broken the rules.” For some, we might have been seen as lacking class. For I was remembering how my great grandmother, who could not read, kept a bottle of olive oil and told me to rub it into my dark knock knees to keep them from being ashy.

When Black women get together in a context of joy, magic happens. Sometimes that magic is loud, boisterous, and uncontained. Sometimes it skirts the rules. Joy isn’t joy if it does not at least some of the time exceed attempts to contain it.