Here’s what to watch this season, including Lady Gaga on "American Horror Story" 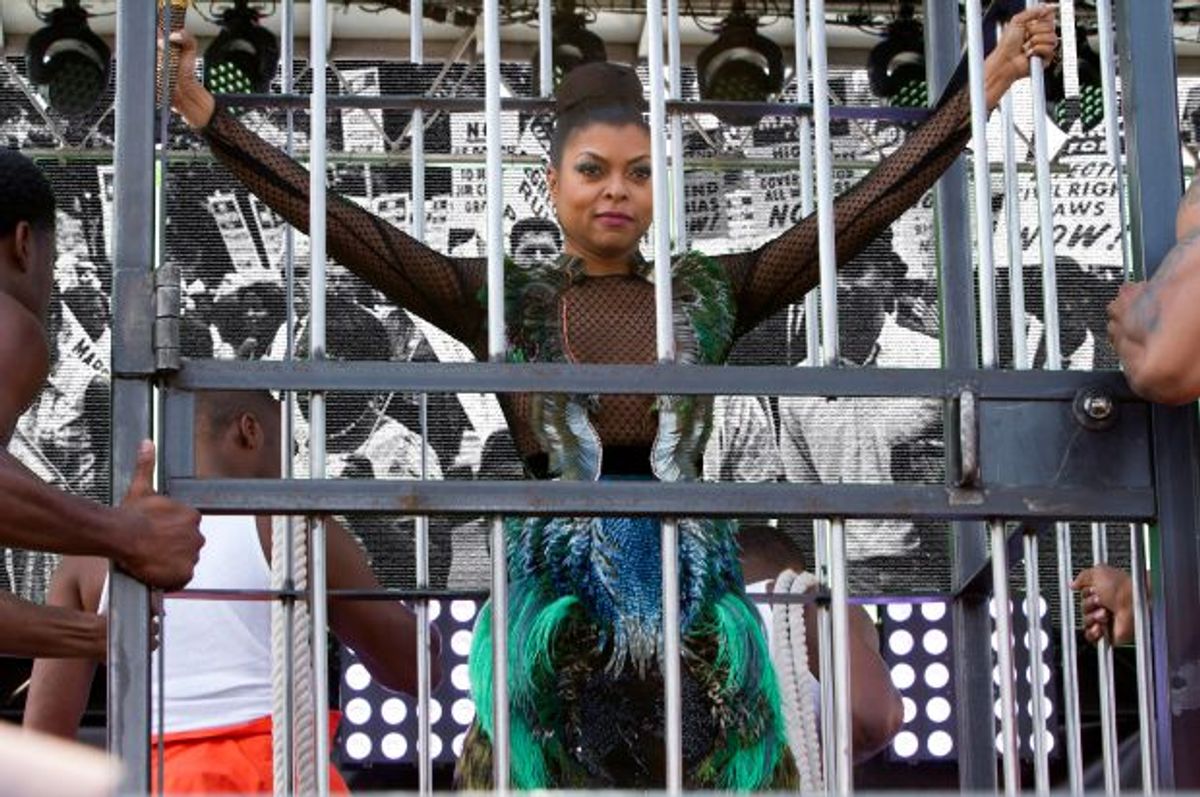 This fall, Wednesdays are going to be fun. Every show below, even the dramas, have their own injection of fast-paced, televisual energy—crowded ERs, haunted hotels, and the murderous family politics of the music industry. “Empire” is going to make live-viewing a must, if you don’t want to be spoiled the next day at the watercooler; after 10 p.m., you can choose whether you want medical drama, a frisson of horror, or just a few laughs.

“Empire,” 9 p.m. on Fox. Returns September 23.
“black-ish,” 9:30 p.m. on ABC. Returns September 23.
Sophomore seasons can be tricky. But given how much I enjoyed these two (very different) shows, I’ll be watching both with interest. After the way “Empire” stormed the field of last year’s TV season by turning out a season so many people watched that ratings that looked more like 1985 than 2015, season two is a can’t-miss. Taraji P. Henson was nominated for an Emmy for her role as Cookie Lyons, and with Lucious behind bars, it’s Cookie’s season, at least for a little while. The drama expands to 18 episodes this season, and has already booked stars Alicia Keys, Chris Rock, and Lenny Kravitz. As for “black-ish,” that show proved itself to be a reliable mainstay just a few episodes into its first season. It’s not easy being a long-running family sitcom, but I look forward to watching this family tackle it, with their particular take on black culture and suburban life.

“Code Black,” 10 p.m. on CBS. Debuts September 30.
TV being TV, we can always do with a great medical drama. “Code Black,” on CBS, wants to be the next great one, in the vein of “Grey’s Anatomy” and “ER.” The show draws from a documentary on Los Angeles County Hospital that examines the inner workings of an emergency room that is so constantly overloaded with patients that it routinely goes code black—meaning there are more people that need care than what the doctors and nurses on staff can reasonably do. It’s a particularly urban phenomenon, and one that speaks to the American healthcare system’s problematic reliance on emergency rooms as centers of patient care. It’s also a show that promises some fast-paced running around with stretchers, with a surprisingly diverse cast that includes Marcia Gay Harden, Luis Guzman, and Raza Jaffrey.

“Casual,” weekly on Hulu. Debuts October 7.
My gut feeling is that this one’s a dud, but it’s worth observing, as I've been wrong before: A new half-hour series from “Up In The Air” director Jason Reitman. Reitman’s track record as a director is spotty (it’s hard to believe that the same man could have poured creative energy into both “Young Adult” and “Labor Day,” but here we are); he’s typically best used as the creative lens for a strong writer’s material. “Casual” comes from an unknown writer, Zander Lehmann, and Reitman is both producing and directing. Sight unseen, the only thing more to add about “Casual” is that it is just one of two shows on Wednesday night where you can catch the inimitable Frances Conroy.

“American Horror Story: Hotel,” 10 p.m. on FX. Returns October 7.
If you’re not yet tired of the conceit of “American Horror Story,” Ryan Murphy returns for a fifth season of the anthology miniseries with another all-star cast and a new storyline. This time, for “Hotel,” “American Horror Story” is going to do without its biggest star, Jessica Lange. But it’s still an incredible cast—both because of its regulars, Sarah Paulson, and Kathy Bates, and newcomers Matt Bomer and Lady Gaga.

“You’re The Worst,” 10:30 p.m. on FXX. Returns September 9.
This nearly overlooked comedy on FX ended becoming a critical darling as its first season matured from raunchy to relatable; now it’s moving to FXX, where it will be even more likely to be overlooked and (probably) less raunchy than ever. In its first year, “You’re The Worst” struggled a bit with trying to be the sexy, snarky comedy that FX wanted it to be, but by the end of the first season, it found a sweet spot somewhere between its’ characters moral depravity and steadfast ignorance. I know it sounds impossible, but they’re an incredibly lovable cast of characters. Season two offers up Gretchen and Jimmy cohabitating and Edgar and Lindsey failing to communicate like adults. As we saw in the first season, this will all probably be punctuated by indignant yelling and stabs at intimacy—bless their shriveled little hearts.

“Moonbeam City,” 10:30 p.m. on Comedy Central. Debuts September 16.
After the near-criminal degree to which I enjoyed FX’s “Archer: Vice,” in which the fifth season of an animated spy comedy randomly decided to become a “Miami: Vice” spinoff, the premise of “Moonbeam City” immediately caught my eye. The similarities to “Archer” fall off pretty fast—it’s also animated, yes, but the visual style and comedic style are completely different. But “Moonbeam City” is onto something, even though I can’t quite tell what; the trailer offers up a distinct style that could be either engaging or impenetrable. But the attached talent is encouraging: Actors Rob Lowe, Elizabeth Banks, Kate Mara, and Will Forte lend their voices to the show, which also features surreal action sequences, ‘80s eyeshadow, and unbelievably stupid cops.