Miss America finally apologizes to Vanessa Williams -- but has the pageant really become more supportive of its women?

Vanessa Williams' vindication is a long time coming, but what's to stop the same de-crowning from happening again? 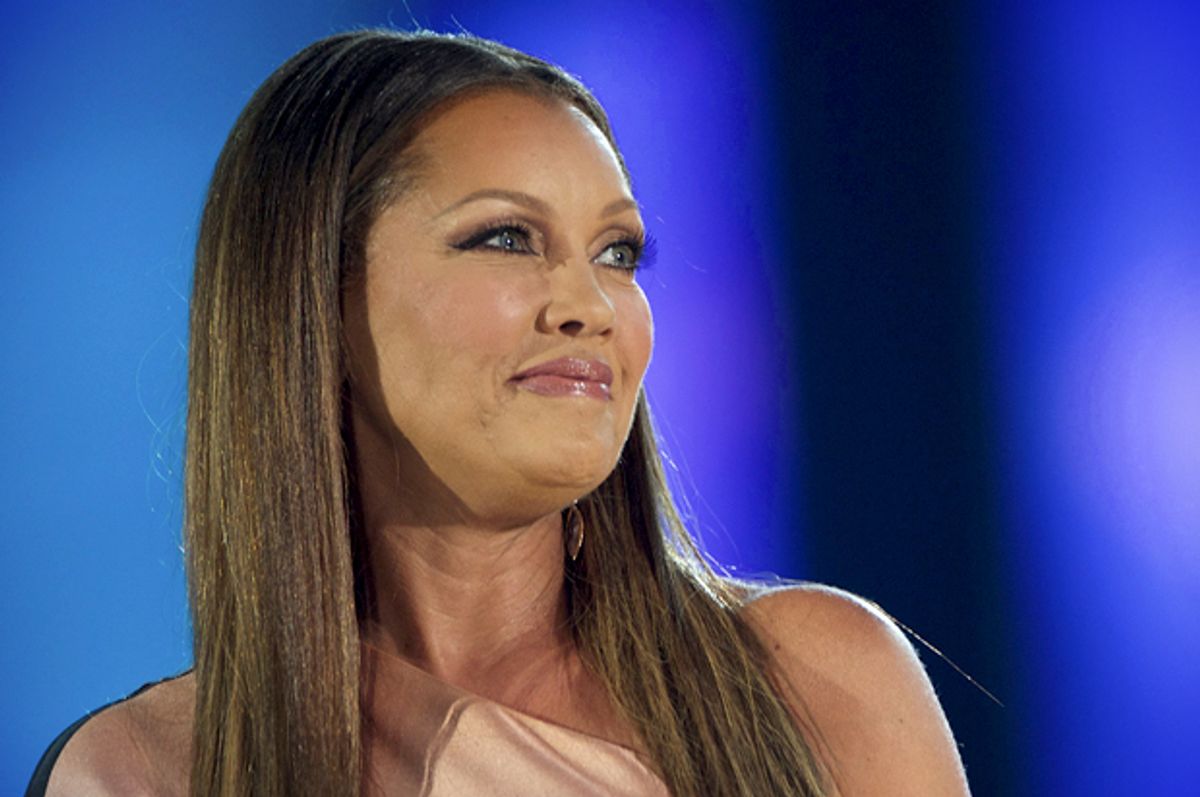 It was a moment of vindication over thirty years in the making. When former Miss America Vanessa Williams returned to the pageant on Sunday, this time as a judge, it wasn't just a simple homecoming. It was a reconciliation. But does it mean that the pageant wouldn't behave today exactly the same way that it did in 1984?

When Williams was crowned the first African-American Miss America in 1983, she immediately earned her place in pageant history. Ten months later, she made history again when she became the first Miss America to resign, after Penthouse obtained and published photographs of her that had been shot in 1982. She had been a 19 year-old student working for a local modeling agency, for a photographer who had persuaded her to do two nude sessions — one by herself and one with another woman — and had "assured me that none of the photographs would ever leave the studio."

The photos were a blockbuster for Penthouse, a public relations mess for the pageant and a potential career ender for Williams. In 1984, Williams told People, "I felt betrayed and violated, like I had been raped…. I think this would have to be the worst thing that has happened in my life. But I can't go any place but up. I've hit rock bottom." And she added, "I still plan on going into the entertainment business." She did just that.

What followed has been a career that can only be described as stellar, and not just by "ex-Miss America" standards. The 52 year-old Williams has had a string of hit songs, been a television star, and is a Grammy, Emmy, and Tony nominee. And on Sunday night, she earned something else — an apology. After being introduced as "Miss America 1984" — no asterisk needed — Williams sang "Oh How The Years Go By" and got a personal message from Miss America pageant executive chairman Sam Haskell. "On behalf of today's organization," he said, "I want to apologize for anything that was said or done that made you feel any less the Miss America you are and the Miss America you always will be."

Sure, "today's" organization is a different one than it was 31 years ago. But it also grapples quite publicly with its still conservative image. Last year's Miss America, Kira Kazantsev, did a brief stint as an intern for Planned Parenthood — a resume item that infuriated anti-choice pundits. Two years ago, Miss Kansas Theresa Vail became the first tattooed contestant, but notably a patriotic, God-loving one — appearing in the swimsuit competition with an army insignia and serenity prayer emblazoned on her body. And the same year, the competition crowned Nina Davulur its first Miss America of Indian ancestry — a choice that unleashed a predictable torrent of bigotry. There has yet to be an openly gay or atheist Miss America.

An aspiring Miss America competing in "today's" organization is doing so in a world in which young women have a very different understanding of how easily compromising photographs can be disseminated than Williams had in the early eighties. Perhaps this organization itself is more accepting of that as well. But in 2006, a Miss USA contestant from Nevada, Katie Rees, was booted when revealing photos of her partying hard surfaced, proving that the pageant circuit in general still expects a strict level of approved decorum from its contestants and winners.

And despite the Miss America organization's current embrace of Williams — who has held her head high admirably for more than thirty years now — it's hard to imagine how it would respond if a similar set of photos were to surface about a more current contestant. In 1984, those photos of Williams set off a wave of prudish shock and prurient curiosity not just because they were nude but because they were patently erotic, and some in a same-sex manner. They depicted a young woman — our Miss America — in the unclothed, seemingly tender embrace of another woman. Think that our relentless cultural appetite for anything that looks like scandal has abated one iota since? Then why do we have entertainment sites whose entire reason for being is nip slips?

No other Miss America has had the career that Williams has had. No other Miss America has achieved what she has, and on her terms. Williams is now a successful, middle-aged mother. She is a respected actress and singer. She has nothing to prove. And while it's great that the Miss America pageant has acknowledged what it put her through back then, it's worth asking seriously how differently the institution really would behave now, toward another naive and exploited young girl?