Surprise! The majority of personal attacks in last night's GOP debates were made by or about Donald Trump

Click here to see who attacked whom and for what 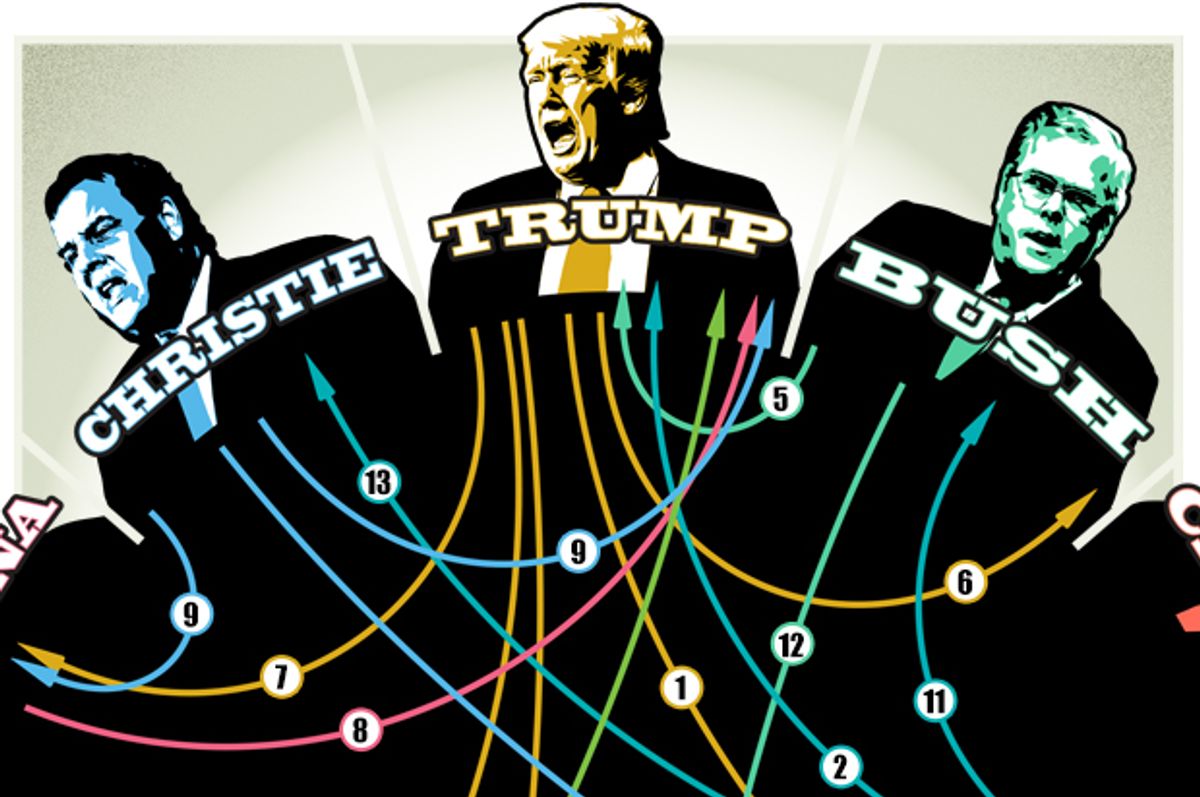 Last night's GOP debate left Americans feeling like they were waiting for Godot with no exit in sight, but that doesn't mean there weren't occasional moments of interest, as when the candidates got snippy and started personally attacking each other.

Because the alternative was fact-checking the baseless claims made and endorsed by the candidates, we here at Salon started keeping track of those attacks, just to assess the current state of vitriol in the Republican party. Not surprisingly, the majority of attacks involved a certain loud-mouthed real estate tycoon, as demonstrated by this handy graphic: