I never thought I'd see a character like Cookie on prime-time TV, but her true greatness is yet to come 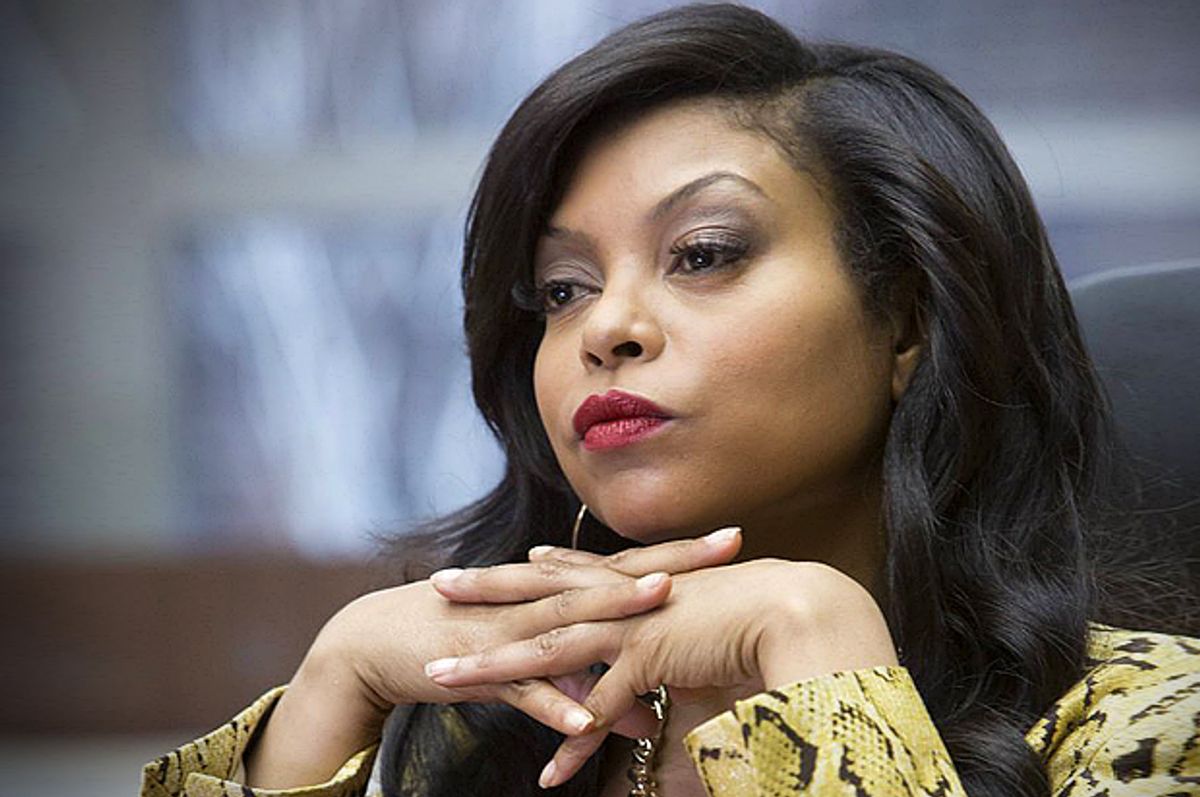 When I was a kid, my mother broke one of the many rules of Good Parenting, and told me that she did not believe I could be anything that I wanted to be. For example, she explained, I could never be president of the United States. She’d experienced the civil rights movement, fought against apartheid and was a professor of black history and women’s history. She believed that no black person would ever become POTUS in our lifetime—and certainly not a woman. So I always wonder what she would have said if she’d lived to see 2008.

Few things aside from the election of Barack Obama have shocked me over the years, but I did receive one unforgettable surprise a few months back, during the season finale of “Empire.” When I heard Taraji P. Henson, as Cookie Lyon, utter the words “Run them pearls, ho,” on national television, on a popular show that I knew people from all backgrounds were watching, I couldn’t believe how much things seemed to have actually changed over time. And while it’s in no way comparable to the election of America’s first black president, it felt like a hugely significant cultural moment.

“Run them pearls, ho” is the exact line you would write for a TV show with a predominantly black cast if you had no interest in respectability politics, only in presenting an authentic character whose language was perfectly aligned with her back story and current context. The scene—which culminated in a smack-down between Cookie and Anika Calhoun—was like one of those classic skits from late ‘90s rap albums, made popular by the Ruff Ryders and rappers signed to Def Jam. Hearing Henson utter the phrase made me feel like DMX, Lil’ Kim or Beanie Sigel had been invited into the “Empire” writer’s room; all rules of popular TV had been broken and—like other big moments in the season—it seemed that we had entered a new Golden Age of TV where soapy dramas were suddenly going to be allowed at the big kids’ table with shows like “Mad Men” and “The Good Wife" (or else create their own table entirely).

In the same way that I sometimes can’t believe America elected a black president, I can’t believe “Empire” got away with Cookie Lyon. A character like hers will open up the door for a wider array of diverse women of color on TV who will be written with more concern for authenticity than respectability. The fact that the Emmys are taking notice of this important character with a lead actress nomination is exciting and, hopefully, a sign of better things to come.

But that doesn’t mean that Henson deserves to win.

The truth is that season one of “Empire” was full of highs and lows. Many viewers struggled to get through the first couple of episodes, when the soapiness of it all weighed down the show's positive attributes. And while it was always clear (from that first broomstick butt-whooping) that Taraji P. Henson was going to steal the show, her role was not always written in a way that gave her character the depth it needs to compete with the other great talents nominated this year. Critics and fans agree that, for what she was given, Henson truly delivered. But this is not the season for her Emmy win.

Cookie is beloved by so many because she both embraces and subverts certain tropes. Her flashbacks show a young girl from the 'hood who rocked that classic Salt-N-Pepa hairstyle, served time in prison and then comes out kicking ass, taking names and wearing a lot of leopard print and fur. She’s no Olivia Pope and she’s no Alicia Florrick. As an intelligent woman without a college degree, who knows how to work the system (and can run the show better than the men around her, all while rocking 6-inch heels), she’s more like Christina Hendricks’ Joan Harris on “Mad Men.” And like Joan Harris, it’s going to take time before we get to see what this character is really made of, and what Henson can bring to the role.

This year, Henson is up against Claire Danes, Viola Davis, Tatiana Maslany, Elisabeth Moss and Robin Wright. The competition is stiff — and some of these actors simply delivered more compelling and complicated work on-screen. Although I’m not exactly a fan of the makeup Emmy, Maslany’s formidable work on “Orphan Black” has been long overdue for this nomination. And while it’s exciting to consider that Henson could make history if she wins—as the first African-American actress to earn an Emmy for lead actress in a drama—Viola Davis delivered a powerhouse performance on “How to Get Away With Murder.” This was also the premiere season for the ABC show, but unlike Henson on “Empire” (where she’s really the costar to Terrence Howard’s Lucious Lyon), Davis’ Annalise Keating was given a much meatier role to sink her teeth into. We saw her as fierce, intelligent, sexual, broken, violent, naked and vulnerable (oh, those wig-snatching scenes). We saw her as a teacher, lover and child, and much of her most nuanced work was done alongside Cicely Tyson, who played her mother in the final episodes. While Henson might certainly be capable of as much range, she has not yet been given the chance to prove it as Cookie on "Empire." If anyone should make history for this particular moment in TV, it should be Davis.

But if the Emmys were given to the character with the most significant cultural impact, Henson would be the right choice. Although Davis and some of the other nominees might have turned in better performances, there are few things more important in 2015 than dismantling black respectability—whether in the political sphere or in pop culture. While Henson’s Cookie still adheres to certain tenets of respectability (in many ways, she fits that Strong Black Woman mold, which can be another dangerous trope), her very existence gives us hope for a future where our understanding of diversity shifts from “more black women on TV,” to “more black women who are not necessarily inspiring, or bad ass, or meme-worthy—but are flawed and strange and human-like on TV.”

While all of this is important work, it’s not what the Emmys are for. And while all awards shows certainly take popularity and the cultural climate into consideration, a Taraji P. Henson win this year would feel premature, like catering to the masses rather than a victory for the best performance. The good news is that if the progression on the first season of “Empire” is any indication of what’s to come, the quality of the show will only get better, and Henson will be given even more to work with in the future. If so, we can definitely anticipate more Emmy nominations where she’ll be able to do like Cookie, dismantle the competition—pearls and all—and take what’s hers.