Newman, who advocates murdering doctors who perform abortions, had his visa canceled before a series of talks 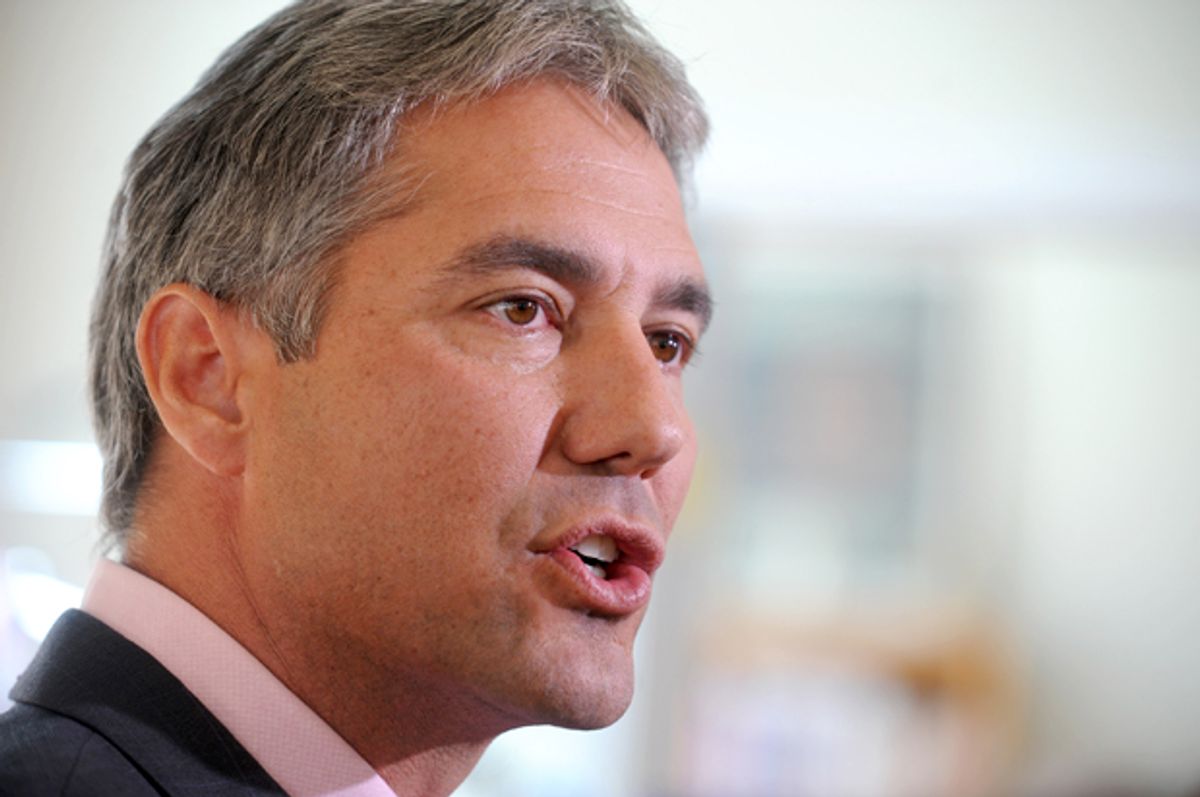 Here's a novel thought — what if somebody actually did something about people who go around trying to incite dangerous ideas and behavior? What would that be like? Maybe something to consider, especially as we wrap up this perfect dumpster fire week of a shameless attack on Planned Parenthood and yet another deadly school shooting. So let's take it as one small victory that Operation Rescue head Troy Newman has been sent packing after trying to enter Australia.

You may remember Operation Rescue. The anti-abortion group ran into a bit of bad publicity a few years back after the murder of Dr. George Tiller by Scott Roeder, an active supporter of the organization. How could Roeder have ever come up with such a terrible idea? I don't know, but it does sound awfully in line with Newman's 2000 book, "Their Blood Cries Out," in which he wrote, "In addition to our personal guilt in abortion, the United States government has abrogated its responsibility to properly deal with the blood-guilty. This responsibility rightly involves executing convicted murderers, including abortionists, for their crimes in order to expunge bloodguilt from the land and people."

In 2003, Newman spoke out against the execution of Paul Jennings Hill, who murdered abortion provider Dr. John Britton and his bodyguard James Barrett in 1994. In a press release, he said, "Florida judge denied Rev. Hill his right to present a defense that claimed that the killing of the abortionist was necessary to save the lives of the pre-born babies that were scheduled to be killed by abortion that day…. There are many examples where taking the life in defense of innocent human beings is legally justified and permissible under the law." That kind of talk seems pretty clear.

But when Newman was invited to Australia to give a ten-day series of talks in Melbourne, Sydney, Brisbane, Hobart and Cairns, he was shocked that Australia did not welcome him with open arms. The New York Times reports that immigration had already canceled his visa "after Australian politicians raised concerns that he might encourage violence against abortion providers or women seeking the procedure." Undeterred, the intrepid Newman attempted to wend his way there anyway. After boarding a flight from Los Angeles this week, he was detained in Melbourne. On Thursday, his attorneys filed an urgent injunction to stop him from being deported. The Guardian explains the logic, noting, "While Newman has been arrested for taking part in anti-abortion protests in the US, he has never been charged or advocated violence."

Hey, Newman, this is Australia. They will kick out Johnny Depp's dogs. You think they have patience for your shenanigans?

On Friday, Justice Geoffrey Nettle rejected the bid, and rebuked Newman for flying without a visa, saying, "Acting as he did means he does not come to this court with clean hands," chastising him for treating the law as "nought."

So now Mr. Newman and Operation Rescue are deeply offended at the actions of the Australian government, not permitting someone who spews hateful garbage and doesn't have a visa to just swan into their country. During his flight, he posted an update on Facebook that said, "The revocation was based on a pile of lies, including the idea that I promote violence…. Through a chain of events the Lord has allowed me to get on a plane in spite of many objections by the airlines and Australia." Would that chain of events be… ignoring the restrictions on your travel? It's a miracle!

Considering that Australia also has its act way more together than ours regarding gun violence, it's possible that Newman's more extreme rhetoric would be less persuasive there anyway. It still doesn't make him any more welcome, and it also reveals how delusionally entitled the so called pro-life movement really is. In a statement, Australian Labor MP Terri Butler said, "I am most concerned that Mr. Newman's call for abortionists to be executed could lead to threats or the commission of acts of violence against women and medical professionals." Imagine if we felt the same in the US. And Butler added, "To think he is above the law gives us an insight into the sort of person we are dealing with. We don't welcome extremists into our country and we don't welcome extremism."