Chicago über alles: Fox News' directive from on high — if Obama discusses a mass-shooting, you mention the Second City 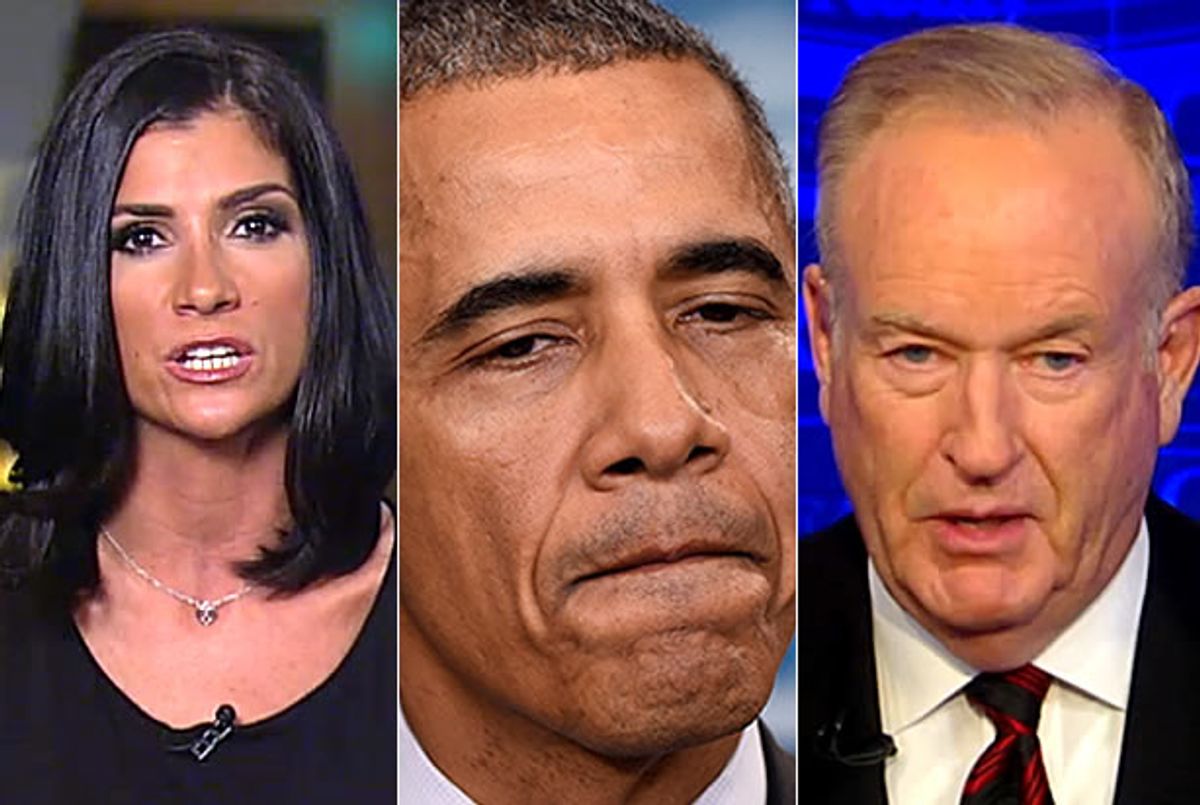 On both "The Kelly File" and "The O'Reilly Factor," the response to the President Barack Obama's remarks about the mass-shooting at Umpqua Community College was the same -- he isn't allowed to discuss gun deaths until he solves the gang wars in his adopted home city of Chicago.

"Somebody, somewhere will comment and say, 'Obama politicized this issue.' Well, this is something we should politicize. It is relevant to our common life together," a visibly frustrated Obama said on Wednesday.

"This is a political choice that we make to allow this to happen every few months in America. We collectively are answerable to those families who lose their loved ones because of our inaction."

But the part of the president's speech which gave the greatest offense to those at Fox News was his claim that "we know that states with the most gun laws tend to have the fewest gun deaths, so the notion that gun laws don't work, or just will make it harder for law-abiding citizens and criminals will still get their guns, is not borne out by the evidence."

On "The Kelly File," guest Dana Loesch said that "he comes from Chicago, so I find that a little hard to believe he's stating that. Illinois has some of the strictest gun laws in the United States. You basically can't even drive through Illinois without having your ammunition and firearms stored in a certain way."

Loesch failed to mention that those regulations are in place because residents of Illinois purchase and then transport their firearms and ammunition from neighboring states with more lax gun control laws. That would suggest that federal gun control legislation would be an effective way to curb gun violence, but that's decidedly not the point Loesch wants to make.

"There are a lot of Roseburgs that happen every single weekend in Chicago," was the point Loesch wanted to, and did, make -- sans the discussion of neighboring states, of course.

On "The O'Reilly Factor," host Bill O'Reilly said "I don't have a script here, I'm just talking to President Obama right now, me to him," and then proceeded to make the exact same argument Loesch did. Without a script, though, because he's speaking off-the-cuff, and directly to the president. Just a coincidence it's an identical argument.

"Your home state of Illinois has the most stringent gun laws in the country," he said, "and Chicago is the largest city in Illinois. Since 2012, there have 1,679 murders, many of them exactly where you worked as a community organizer."

"You know that Chicago has extremely stringent gun laws," O'Reilly added, of course neglecting to mention the fact that states neighboring Illinois don't. Because what would be the point in that? O'Reilly has all these dead bodies and a possible Christian persecution angle to exploit, and mentioning simple facts about interstate commerce won't help him transform these victims of gun violence into ratings gold.

Watch the entire interview with Loesch below via Fox News.

Watch Bill O'Reilly's "off-script" address to the president below, also via Fox News.