Raven-Symoné's discriminatory insanity: "I’m not about to hire you if your name is Watermelondrea" 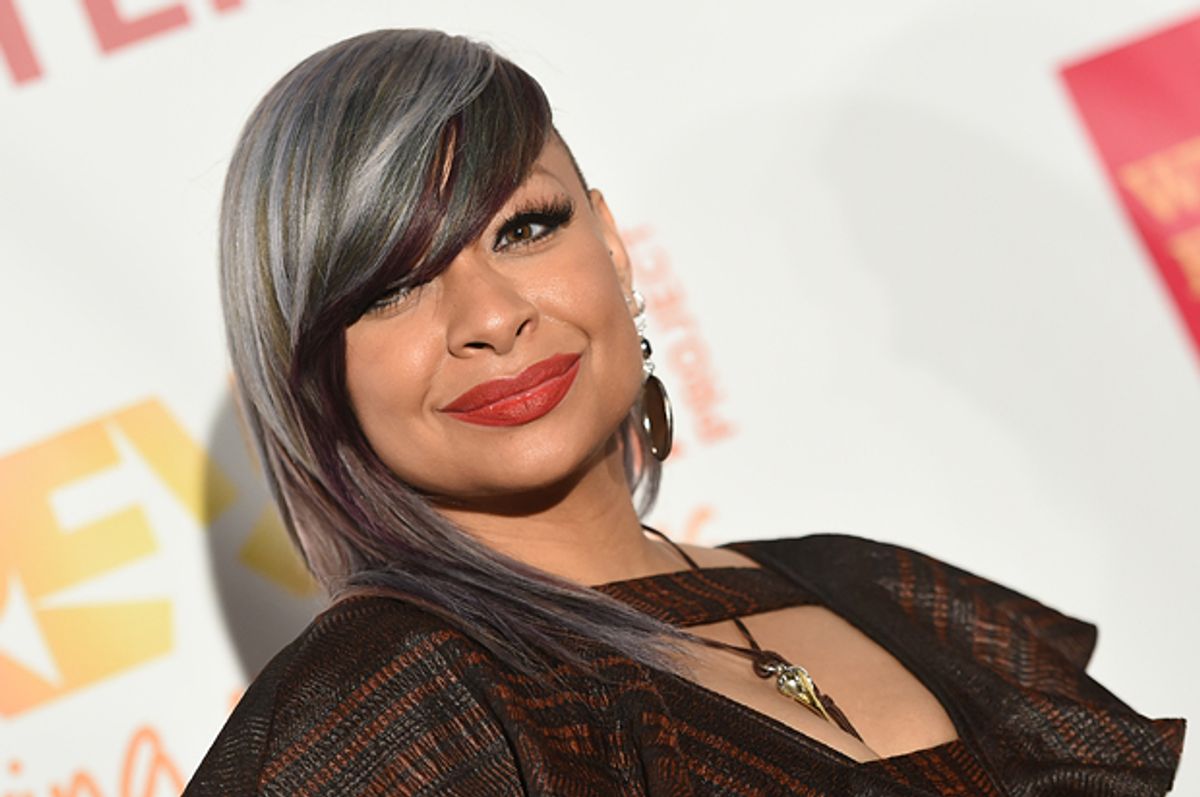 Whenever some bananas stuff goes down on "The View" — and bananas stuff goes down on "The View" on the regular — I am reminded of that time on "30 Rock" when Jenna was booked as a guest, and her coworker Pete marveled, "For the first time in your life you'll be in a room full of women and you'll be the least crazy one!" So what was Friday's episode like? Let's put it this way — Bill Cosby apologist, Mel Gibson defender and expert on what constitutes "rape rape" Whoopi Goldberg is the rational one in this story. Raven-Symoné, it's your special day.

This week, a study of over 1,500 subjects out of the University of California Los Angeles found that, among other things, "People linked black-sounding names (Jamal, DeShawn, or Darnell) with aggression, while the white-sounding names (Connor, Wyatt, or Garrett) received more leniency. In fact, people associated black-sounding names with neutral backgrounds as equally dangerous to white-sounding names with a criminal record." On "The View" Friday morning, the hosts aired a clip of children saying "ghetto black names," including Fo’Landra and Elephantisha, and then sat around discussing bias regarding names. "Can we take back 'racist' and say 'discriminatory'?"

Symoné, sporting a flamboyant pink mohawk, asked. "Because I think that’s a better word. And I am very discriminatory against words like the ones that they were saying in the video. I’m not about to hire you if your name is Watermelondrea. It’s just not going to happen. I’m not going to hire you." She said this. To a woman named Whoopi. And Whoopi just slowly turned her gaze to the audience and clutched her heart. So to recap: You're an openly gay African-American woman with bright pink hair and, as YouTube star Kingsley brilliantly pointed out on Twitter, "an accent mark that is never utilized," and you're cool with discriminating against people for superficial reasons. DAMN.

Social media immediately erupted in gales of disapproval, proving, as one person suggested to me, that apparently a lot of people actually do watch the TV in the doctor's waiting room. Tyler Oakley pleaded, "please educate yourself," and Jamil Smith said, "What Raven-Symoné did is what black conservatism does every day. Rather than acknowledge racial inequity, it instead seeks erasure."

Biased hiring practices are real — though the research is somewhat dated, a 2003 study from the National Bureau of Economic Research found that "resumes with white-sounding names spurred 50 percent more callbacks than the ones with black-sounding names." ButSymoné may be interested to learn that whether you call it racist or her preferred term, "discriminatory," the US Equal Employment Opportunity Commission is pretty clear that "The law forbids discrimination when it comes to any aspect of employment, including hiring, firing, pay, job assignments, promotions, layoff, training, fringe benefits, and any other term or condition of employment," including "treating someone (an applicant or employee) unfavorably because he/she is of a certain race or because of personal characteristics associated with race." Like his or her name?

Of course, Friday's crapstorm is what "The View" does best — it puts women with no real credibility on a subject — fair hiring practices, what is and is not rape, vaccinations, waterboarding, the nursing profession, the shape of the planet — in front of a camera and in the position of stating their opinions on those very subjects. It's a wasted opportunity to educate and illuminate people, when you're not just saying you wouldn't hire someone with a "ghetto name," you're perpetuating the idea that some names are "ghetto" to begin with. And honestly, if I want to hear a bunch of people talk about stuff they know nothing about, I'll watch a Congressional hearing on Planned Parenthood funding.