The Duggars get the "SVU" treatment: Can the fictional version be any creepier than real life? 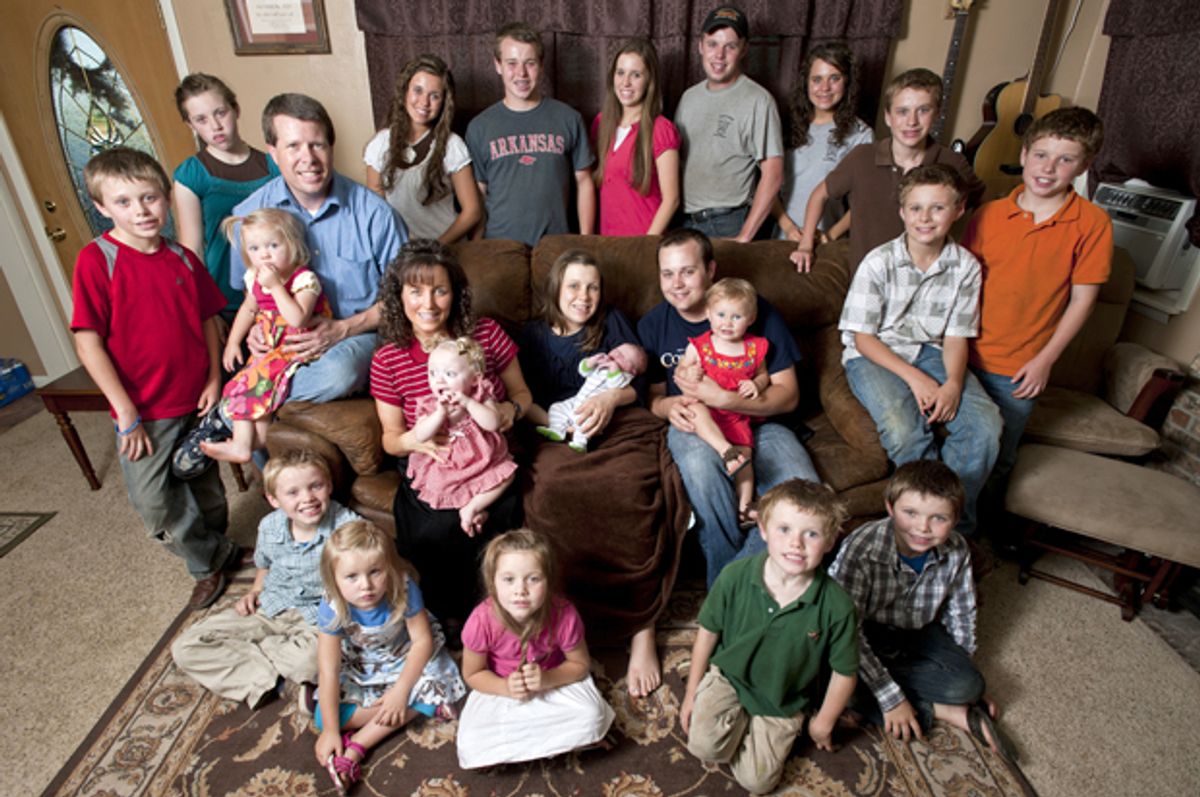 For their newest ripped-from-the-headlines plotline, NBC’s “Law and Order: SVU” is taking on the Duggars.

November 4th’s episode of the long-running crime franchise will be loosely based on the Duggar family, the Christian conservative Arkansas family whose TLC show "19 Kids and Counting" was canceled in May when eldest son Josh Duggar was found to have molested young girls, including some of his sisters, as a teen.

The episode, titled “Patrimonial Burden,” will have the SVU gang investigating “an unraveling web of secrets when the virtuous 13 year-old daughter of a famous reality TV family discovers she’s pregnant," according to NBC.

"SVU" is known for using real news stories as inspiration, running an episode inspired by the Robert Durst case earlier this year. Before the season began, Peter Scanavino, who plays Detective Carisi on the show, told E! that he hoped “SVU” would take on the Duggars at some point.

"With the Duggar one, it was like the double-whammy because it was his sisters and the fact—I mean, honestly, I feel like we're dealing with some topics this season that feel a bit meatier than some lunatic fringe family…I wouldn't mind doing one just because I have never been so infuriated with someone's level of hypocrisy, and lying, and then displacement of responsibility onto something else,” he said. "When I think about that guy, it boils my blood, I will say."