The resurrection of the "liberal": How the right tried to destroy American liberalism — and how it came back from the dead

The most amazing thing about this week's debate: The frontruners were actually embracing progressive ideals 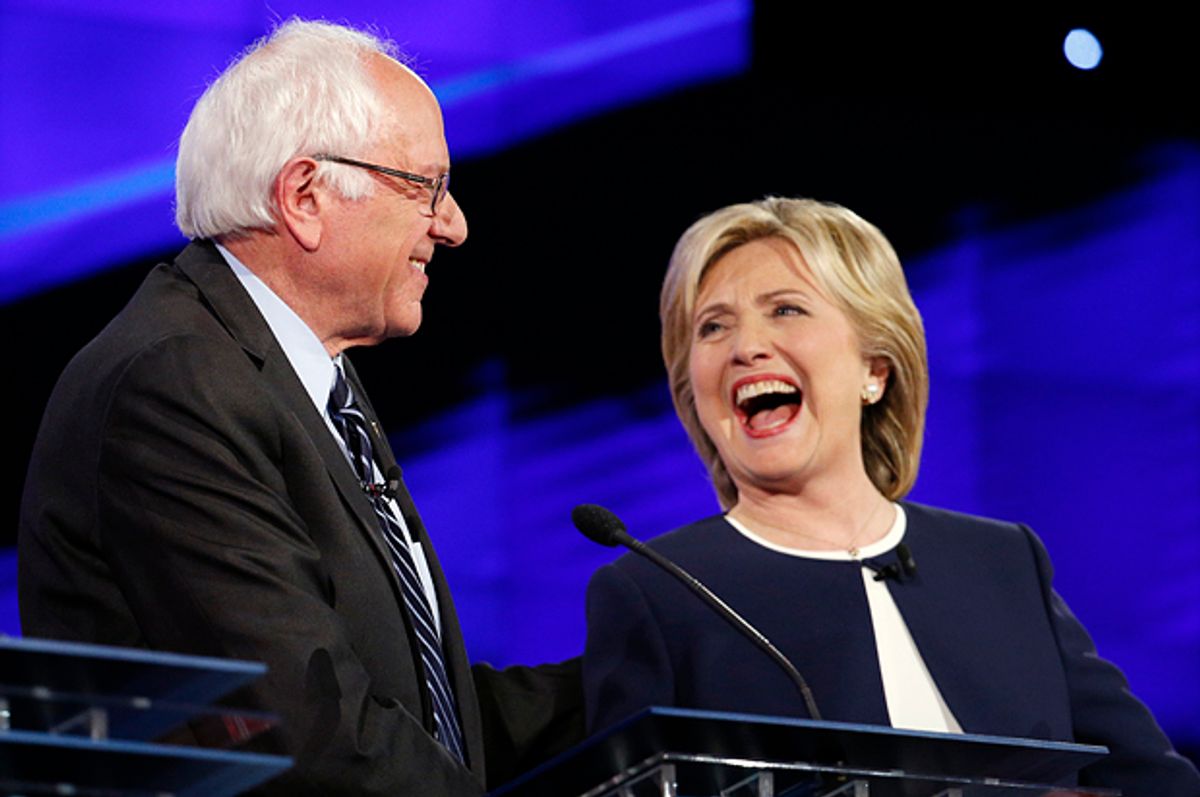 Now that we've had a chance to get over the fact that a group of political rivals got together this week to debate and were somehow able to be respectful, mature and obviously knowledgeable, without insulting each other's looks even once, it's interesting to contemplate just how astonishingly progressive it was. All five candidates on the stage, with the partial exception of Jim Webb, set forth a set of unabashedly liberal policies with a feisty anti-conservative attitude that would been shocking just a few political cycles ago. For decades Democratic candidates tripped over each other trying to distance themselves from the dreaded "L" word. Indeed, they ran so far that they ended up abandoning it altogether.

The demonizing of the word "liberal" was one of the most successful campaigns in conservative movement history. It has many fathers, not the least of whom is Newt Gingrich, but the political strategist who gets the most credit for turning the word "liberal" into an epithet is a man named Arthur Finkelstein. In the wake of the legal earthquake known as Buckley vs Valeo, the Supreme Court case which first unleashed a flood of money into the political system back in 1976, Finkelstein created the first Independent Expenditure PAC, which he recognized could work outside the norms of partisan politics. His strategy was simple: associate Democrats with the word "liberal" and associate the word "liberal" with something deviant and un-American. It worked beautifully. By the 1990s, his PAC had been instrumental in deposing a number of Democratic office holders and replacing them with much more conservative Republicans. This had helped to drive what had been the political center inexorably to the right; the Democrats, determined to stay with the center, followed.

And it just kept going, with each election cycle seeing Democrats running from the "L" word and every association with it, and the party capitulating on one issue after another. The ostensible rationale they gave to the voters was that if only they could "get the issue off the table", whether welfare reform or capital punishment or abortion rights or guns, then maybe they could finally escape the curse of the "L" word and there would be political space to start talking about... something else. This has been so much a feature of Democratic politics of the past three decades that mainstream Democrats running as much against the left as running against the Republicans was considered so natural that even liberals barely questioned it. They were basically considered irrelevant, a faction of the party often represented on a presidential debate stage by figures like Al Sharpton and Dennis Kucinich, stalwart liberals whom everyone agreed had as much chance of winning the race as some rich reality show gadfly. (Ahem.)

What a difference a decade makes. On Tuesday night, the Democratic presidential candidates not only openly identified themselves as progressives, they embraced gun control, support for Planned Parenthood, criminal justice reform, LGBT and immigrant rights, and a long, impressive list of progressive economic reforms. The moderators even asked if the candidates considered themselves to be capitalists, a question so startling it would have drawn gasps from the audience in the not too distant past. Instead of rushing to defend their all-American capitalist bona fides as they once would have done, Bernie Sanders matter of factly said he didn't consider himself a "casino capitalist," and Hillary Clinton said she hope to save capitalism from itself. These comments from front-running Democratic candidates would have once been the headlines in the morning papers. Instead, it pretty much passed unnoticed. Indeed, it appears that even the word "socialism" is once again respectable, a development which would have caused the political establishment to collectively call for the fainting couch just a few years ago.

This all may seem rather sudden but it is, in fact, part of a long progression back from the brink for the Democratic Party. A combination of grassroots activism, demographic change and GOP implosion now has the Democratic Party unified around an agenda with the internecine arguments boiling down to a definition of progressivism rather than any fundamental ideological disagreement. Certainly there are issues that divide the caucus, most obviously in the area of foreign policy. But even there it is far less stark than in the past, with the leftier candidate Sanders being less interventionist than Clinton, to be sure, but still on record having backed certain discrete military actions like Kosovo and Afghanistan. Clinton is more hawkish, but less so than many Democrats of the past few decades. After years of liberal agitation, the party is finally moving past its reflexive defensiveness toward any accusation of weakness and is developing a more sophisticated approach. (Unfortunately, it still has quite a way to go on civil liberties --- much work to be done there.)

On domestic policy, it gets even more interesting. There is little doubt that Bernie Sanders is channeling the liberal base of the Democratic Party on issues of economic inequality, an anger and discontent that has been simmering for a very long time but has finally reached full boil. His class-based argument is strong, fluent and compelling and it's clear that Clinton has heard the message and has crafted many of her positions in response. As Michelle Goldberg in Slate wrote yesterday, "Whatever else happens, Sanders has already accomplished something profound for American progressives."

But modern progressivism isn't all about economics, it is also about social justice. There, Clinton shows a refined sense of how these issues are interrelated. Her line that "we need a new New Deal for communities of color” was an elegant way of joining the economic and social-justice thread in the progressive agenda. Greg Sargent at the Washington Post pointed out another interesting example:

When CNN’s Dana Bash pushed Clinton by asking whether paid family leave programs would hurt small businesses, she pushed back hard, making a wonky case that such programs can be smartly designed to avoid the downsides Republicans predict from such policies. (See Jonathan Cohn’s piece on how Clinton got this right.) Clinton used the discussion over structural racism to pivot to a call for more investment in early childhood education. And one of her strongest moments came at the end, when she attacked Republicans for opposing government-mandated family leave while arguing: “They don’t mind having big government to interfere with a woman’s right to choose and to try to take down Planned Parenthood.” This brought in women’s health issues, which is to say, women’s economics.

From the perspective of the progressive base, having Democratic presidential candidates debate on this field is a breath of fresh air. For decades they've been cast as silly naifs obsessively concerned with foolish issues of economic fairness and social equality.  And now the two frontrunners for the Democratic presidential nomination were not extolling their "moderate" credentials or parroting conservative tropes with a slightly liberal twist.  The argument on that stage the other night was over the best way to define, explain and achieve progressive goals. It appears that the left has finally managed to stop the rightward momentum of American politics and that the big ship may be turning around. And none too soon.