Prosecutors are addicted to the War on Drugs: Inside law enforcement's rabid defense of mandatory minimums 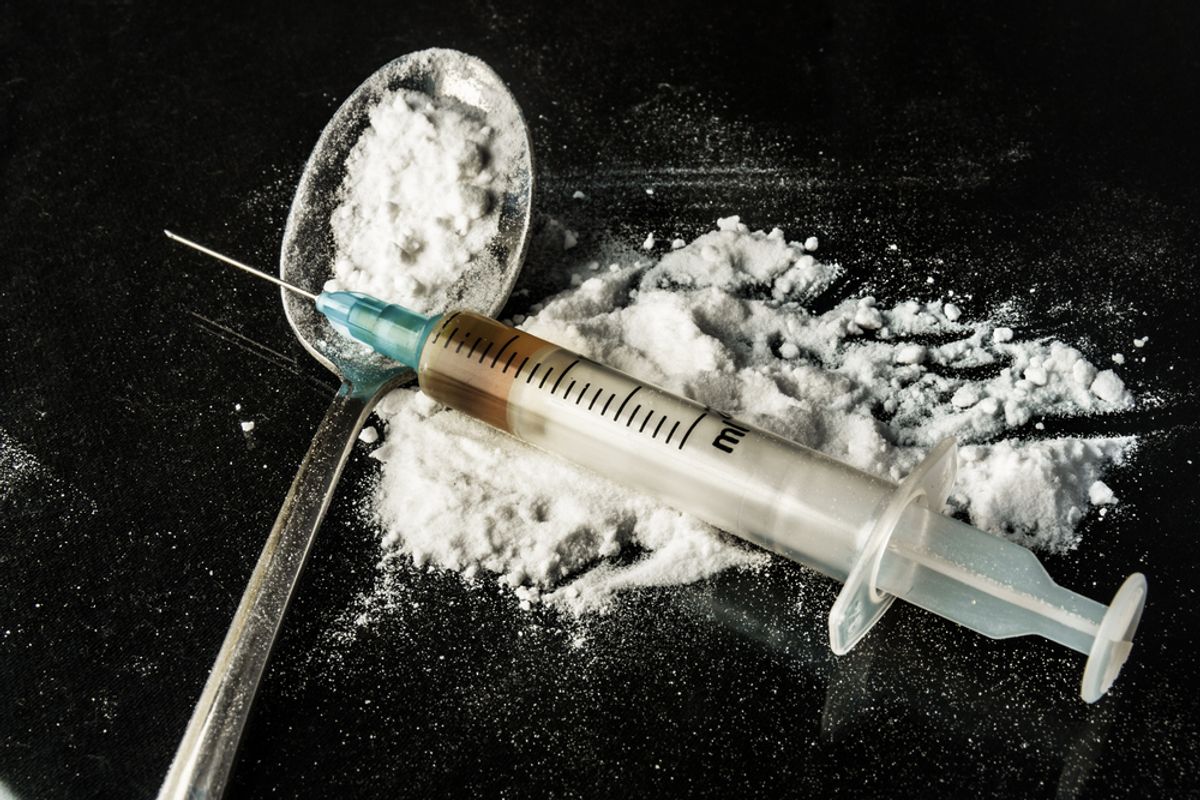 Federal prosecutors are fighting a rearguard action to defeat criminal justice reform legislation in Congress, warning that modestly dialing back harsh mandatory minimum sentences for nonviolent drug offenders would hinder their campaign against drugs amidst a heroin crisis.

"Slashing federal mandatory minimum sentences will undermine the ability of law enforcement officials to dismantle drug trafficking organizations," a National Association of Assistant United States Attorneys white paper on "the dangerous myths of drug sentencing 'reform'" warns. Reduced sentences "threaten the prosecution of many of the most dangerous and high level criminals involved in drug trafficking by undermining the cooperation incentive that the current sentencing structure creates."

Because of harsh mandatory minimums in federal and state law, many nonviolent drug dealers have been sentenced to spend much of their life behind bars—including sentences of life without parole—for crimes as minor as delivering LSD to fellow Deadheads. Defending the justice or proportionality of such sentences is a rather difficult task. So NAAUSA isn't focusing on that. Instead, the group, which represents many federal prosecutors, is warning that they need the threat of harsh sentences to scare low level offenders into selling out their superiors: the big-time kingpins who have blood on their hands.

“The leverage, the hammer we have comes in those penalties," federal prosecutor and NAAUSA president Steven H. Cook told the Washington Post in an article highlighting the group's case against reform. “It is the one and only tool we have on the other side.”

The Post story is a harrowing tale of a heroin overdose that nearly killed Oregon 19-year-old Morgan Brittain, leaving her unable to "walk, talk easily, feed myself, bathe myself, drive, draw."

Prosecutors, according to the story, used the threat of a 20 year mandatory minimum sentence for dealing drugs that result in serious injury or death as leverage to crack the case: Investigators read text messages to find the friend who supplied her heroin, who pointed them to the street-level dealer; then "investigators and prosecutors...threatened people on lower rungs of the organization with stiff mandatory sentences" to help them "get to the higher-level traffickers."

The big prize was heroin dealer German Tovar-Ramos, who prosecutors described as a 'high level' trafficker. He was sentenced to 17 years, 6 months in prison.

The title of the story, when posted to social media, sums up the premise of the entire drug war that these prosecutors are so invested in protecting: "A teen overdosed on heroin. Some want to weaken the legal tool that caught her suppliers."

The supposed big-time trafficker was nailed by the U.S. Attorney's Office for the District of Oregon, where prosecutor Kathleen Bickers has made a name winning long sentences for heroin dealers. But Tovar-Ramos apparently made $500 a week, according to the article. For federal prosecutors, a man making $24,000 a year qualifies as a dealer so mighty and nefarious that he merits the harshest penalties available. This reflects one of harsh mandatory minimums' core injustices: punishment has more to do with the quantity of drugs in play and little to do with the offender's role in the organization.

If Tovar-Ramos is the most serious villain that federal prosecutors can point to to defend mandatory minimums, that is pretty telling.

"We continue to use the weight of narcotics as a proxy for the culpability of an individual defendant, despite this policy’s utter failure," Mark Osler, a former federal prosecutor and a professor of law at the University of St. Thomas in Minnesota, wrote in the New York Times. "If a kingpin imports 15 kilograms of cocaine into the country and pays a trucker $400 to carry it, they both face the same potential sentence."

According to the Post, "federal prosecutors" in Oregon "said they had no interest in taking sides in a politically sensitive policy debate." That seems unlikely. What goes unmentioned is that Bickers, the Portland-based federal prosecutor, serves as secretary on NAAUSA's executive committee.

Remarkably, Cook concedes that prosecutors need the threat of draconian sentencing to tip the scales of justice in their favor, scaring defendants into pleading guilty and snitching. In 2013, more than 97 percent of all federal cases that weren't dismissed (which was just 8 percent) ended in guilty pleas. The practice effectively denies people their constitutionally-enshrined right to trial, deprives judges of their role, leads to the conviction of the innocent, and disproportionately punishes people who simply lack information to trade.

"I can understand prosecutors who want to have their jobs made easier by maintaining mandatory minimums in their current form," says Michael Collins, deputy director of the Drug Policy Alliance's Office of National Affairs. "At the end of the day, the criminal justice system does not exist to make the workload of certain individuals easier."

That federal prosecutors are defending mandatory minimums in such instrumental terms might be a concession that they can no longer make a compelling argument that such harsh sentences fit the crimes for which they are imposed.

There is no evidence that locking up someone like Tovar-Ramos for nearly two decades will help reduce deaths from heroin. An undocumented immigrant from Mexico, drug dealing appears to have been his latest in a string of crappy jobs, from picking fruit to roofing. As long as there are people who want to buy drugs, someone will be around to sell it.

But in response to the heroin crisis, federal and state prosecutors are charging dealers for overdose deaths. Amidst the bipartisan push for reform, the turn to pressing murder-like charges against drug dealers is a reminder that crises and panics prompt many in law enforcement turn to punishment as their default solution.

Often times, the dealers subject to the harsh murder-type penalties are not so high level, as I explored at length in a recent Vice story. Take Joseph L. Robinson, sentenced in 2013 to 20 years in federal prison for selling a man two-tenths of a gram of heroin, who then fatally overdosed. That's a whopping $30 worth of heroin that merits two decades in prison, according to the Southern District of Illinois US Attorney Stephen Wigginton's office. (Notably, despite the fact that prosecutors are holding up the dubious drug-induced death mandatory minimum as a defense of the entire drug war, that provision will not be altered by the pending Congressional legislation.)

The federal drug war grinds on despite the Obama Administration's calls for moderation. Most notably, Cook makes the startling suggestion, according to the Post, that then-Attorney General Eric Holder's 2013 memo calling for U.S. Attorneys to limit the use of mandatory minimums is being ignored or resisted by some prosecutors.

The white face of the current heroin crisis, as has been reported in the New York Times and Atlantic, appears to be generating more sympathy for addicts and precipitating a move to handle addiction as a public health crisis instead of a criminal justice problem. Yet that new thinking doesn't extend to dealers, who continue to be punished severely—and perhaps even more severely—because their victims are now often white.

The dealers prosecuted so harshly, however, are unsurprisingly often people of color. Of the 2,428 people sentenced for federal heroin offenses in fiscal year 2014, 38 percent were black and 46 percent were Hispanic, according to U.S. Sentencing Commission data. The drug war is a morality play. It has always required victims and villains. Locking up dealers is less cruel that jailing addicts, but it is still cruel. And it is equally ineffective.

Cook emails that "one of the fundamental concepts of any criminal justice system is that it have a deterrent effect. Long prison sentences serve to deter people. Trafficking in heroin is a highly profitable business and to offset the attractiveness we have to make the cost of engaging in that activity high."

But is there no evidence that harsh prosecutions actually do anything to keep heroin off the streets and out of users noses and arms. To the contrary, the evidence shows that the drug war has entirely failed to limit heroin supply if we look at two standard measures: price and purity. According to a 2012 Global Commission on Drug Policy report, "since the early 1980s, the price of heroin in the US has decreased by approximately 80 percent...and heroin purity has increased by more than 900 percent."

Indeed, the irony is that many of the most dangerous things about heroin use are created not by the drug—which is no doubt plenty dangerous and addictive—but by its prohibition, which make it difficult to measure dosage and detect dangerous adulterants like fentanyl.

The current push for reform is modest and will by no means even come close to ending mass incarceration. But it is nonetheless historic and significant for those whose lives will be somewhat less ruined if it is passed and signed into law. The legislation has received bipartisan support, extending beyond Congress to odd-bedfellow advocates like the ACLU, Koch Industries and a new coalition called Law Enforcement Leaders to Reduce Crime and Incarceration.

Doug Jones, a member of the law enforcement reform group and the former US Attorney for the Northern District of Alabama, says that he understands that prosecutors are concerned for their communities and also, he says, with managing their heavy caseloads. But he says that pro-reform law enforcement officials "are looking at a broader perspective" that takes account of the toll of having some of the highest incarceration rates on earth. "More incarceration is not necessarily the safest way to do things."

To make his case, Cook is trying to turn the political clock back to 1990, warning that "reforms" may already be causing "homicides and other violent crimes" to be "spiraling upward in cities across the country." This is similar to the argument in favor of a so-called "Ferguson effect," the idea that increased scrutiny of police has deterred them from doing their job and thus caused more crime. This idea persists despite statistics showing that there is no demonstrable nationwide violent crime spike. In reality, violent crime has continued its long decline.

And the evidence suggests that the decline had little to do with mass incarceration despite Cook's assertion to the contrary and warning that "more criminals on the streets will result in more crime." A 2014 study from the National Research Council of the National Academies found that "the increase in incarceration may have caused a decrease in crime, but the magnitude of the reduction is highly uncertain and the results of most studies suggest it was unlikely to have been large."

Cook states that harsh mandatory minimums are "the one and only tool we have." But prosecutors, as evidenced by the fact that so few cases ever make it to trial, wield incredible power in the courtroom and have too often supplanted judges as the real arbiter of justice. In a just society governed by the rule of law, the only tool that prosecutors are supposed to have in court is evidence that proves beyond a reasonable doubt that a defendant committed a crime. And when they prove it, the punishment should be proportionate.

As American Bar Association standards state, "The duty of the prosecutor is to seek justice, not merely to convict." For many federal prosecutors, however, the maximum amount of incarceration is still the favored solution.

Mandatory Minimums The War On Drugs