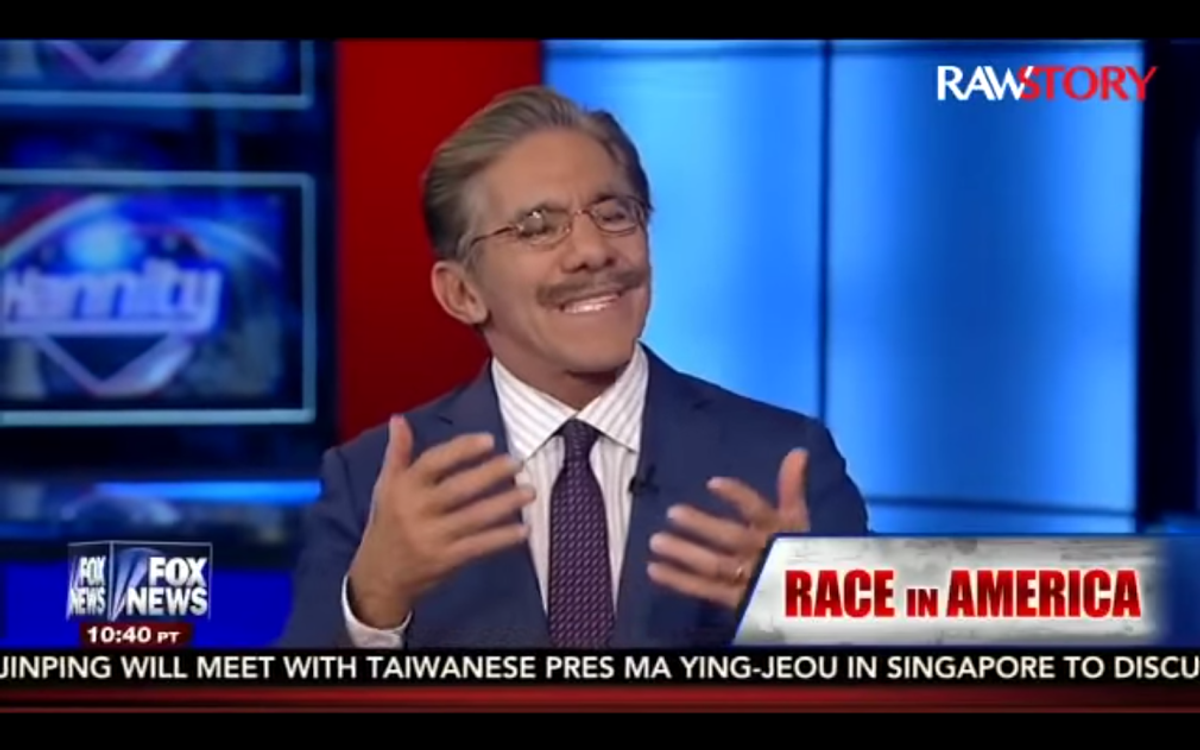 Earlier this week, Obama had told NBC News that he was proud that his presidency had “helped to galvanize and mobilize America on behalf of issues of racial disparity and racial justice." Fox News host Sean Hannity claimed that “just the opposite of what he said is true," a point with which emphatically Rivera agreed:

“I, surprisingly, maybe agree with you. I think the president has gotten involved in racial matters… only when the African-American person is portrayed as the victim, whether it’s Trayvon Martin or Michael Brown or any of the others. He jumps in and the classic NAACP, ‘We are victims, woe is us, take care of this situation. To me, the president has failed most profoundly in the area of race relations. Yes, there is a terrible problem with police brutality, but it pales in comparison to the ghetto civil war that’s going on, this black-on-black violence is not to be ignored, it’s not to be minimized. And I have never seen the president get engaged when it’s an African-American killing another African-American or two gangs killing and an 8-year-old is killed in the crossfire.”

Such claims are nothing new for Rivera, who has previously blamed minorities for failing due to their “thug ethic.”