Robin Williams' last gift: His death is helping us talk about letting go of life with courage 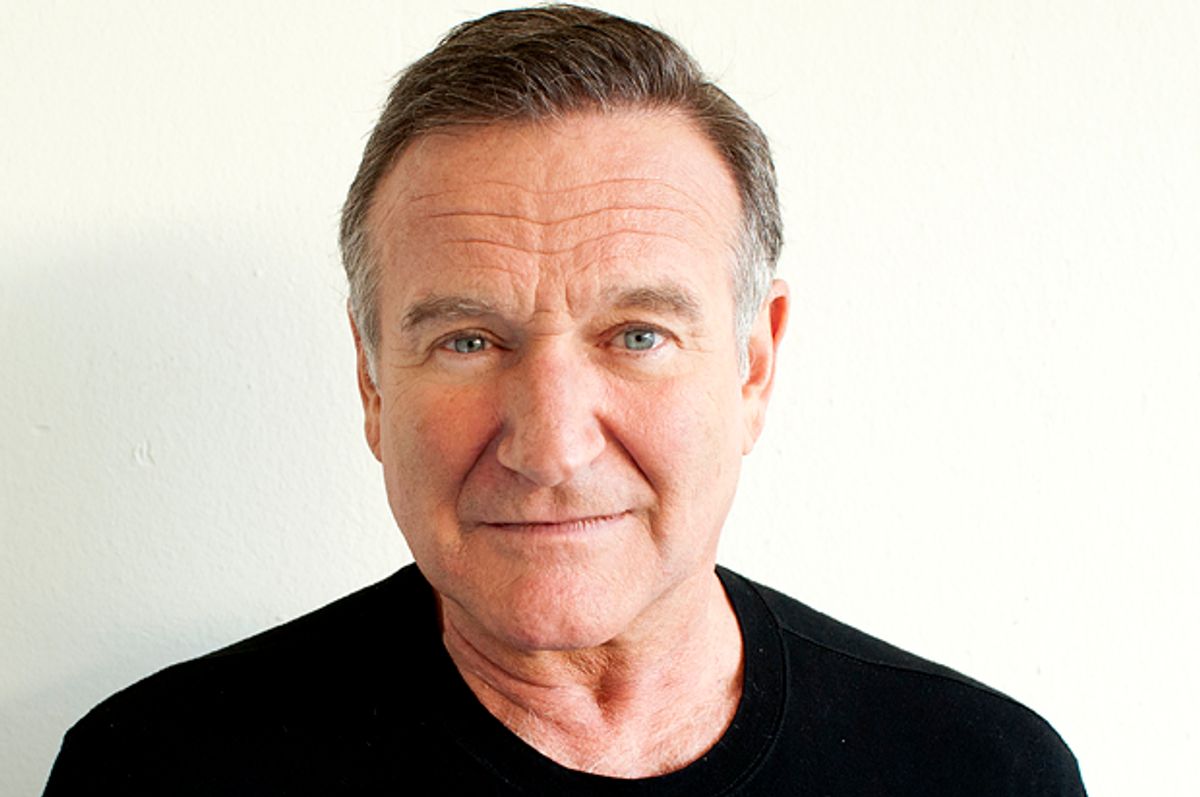 We do not live in a death-friendly culture. A woman in her eighties and in coma is lovingly encouraged to "get back to work." The family of a child with a disease for which there is no cure is castigated for "borderline assisted murder" for allowing her to "choose heaven." And when mortality — which comes for all of us — strikes, the end of life is often wrapped in terms of defeat, a simpering, insulting announcement that the individual "lost a battle." But here's what you realize when you see up close a suffering so cruel it makes you question everything you ever thought you believed about the value of life: There are far worse things than death. Death can be a mercy. And as Robin Williams' widow says of his choice to end his life, "I don't blame him one bit."

Speaking this week with "Good Morning America" and People magazine more than a year after her husband's sudden and shocking suicide, Susan Williams said that "It was not depression that killed Robin. Depression was one of, let’s call it 50 symptoms, and it was a small one…. Lewy Body Dementia killed Robin. It’s what took his life." An autopsy report last year confirmed the Lewy Body Dementia, a condition that "shares symptoms with better-known diseases like Alzheimer’s and Parkinson’s." (Williams also had Parkinson's.)

Williams told Amy Robach on "GMA" that near the end, her husband was "just disintegrating before my eyes," and that "If Robin was lucky, he would've had maybe three years left. And they would've been hard years. And it's a good chance he would've been locked up." She says that at the end, as emergency responders were working on him, "I just wanted to see my husband. And I got to see him ... and I got to pray with him. And I got to tell him, 'I forgive you 50 billion percent, with all my heart. You're the bravest man I've ever known.' You know, we were living a nightmare."

Williams says she hopes now to "shed some light on Lewy Body for the millions of people and their loved ones who are suffering with it," and she already has received an outpouring of support. In a rare example of how surprising a place the Internet can be, the commentary around her story has been remarkably gracious and empathetic. On People, a reader wrote, "I would like to thank Susan Williams for bringing this disease to the forefront. I KNOW that my dad had LBD and it's awful." And on Yahoo, commenters have been sharing their own experiences. "The last few years were really hard for Dad," wrote one man. "By the end he could not communicate, speak or take care of himself. Thank God for my Mom and my brother and sister-in-law, who all took the best of care of him.

Another person, writing about her grandmother, admitted, "I spent years watching her health, mental state, and dignity decline. When she took her last breath, I was honestly glad, because she was FINALLY at peace after years of suffering." And as another person put it, "I had a few Parkinsons patients when I worked in a nursing home years ago. As I watched them get worse over time, I couldn't help but wonder what kind of sadistic #$%$ would insist that someone ride that diagnosis to the bitter end."

The painful paradox of loving someone with a vicious disease is desperately wanting to hold on to him or her as long as possible, and desperately wanting the suffering to be over. Life alone is not a victory, a feeble heartbeat is not a triumph. And if you've experienced the toll of sickness from which there is no return on the person enduring it and those who love that person, you know that Susan Williams is right. It can be a profound act of bravery to let go — for both the one who dies, and the ones left behind.

Watch some of Robin Williams' most brilliant and inspirational moments as new light is shed on his cause of death: