A woman is arrested for 3rd-degree sexual assault against a male stranger—serious allegations, regardless of gender 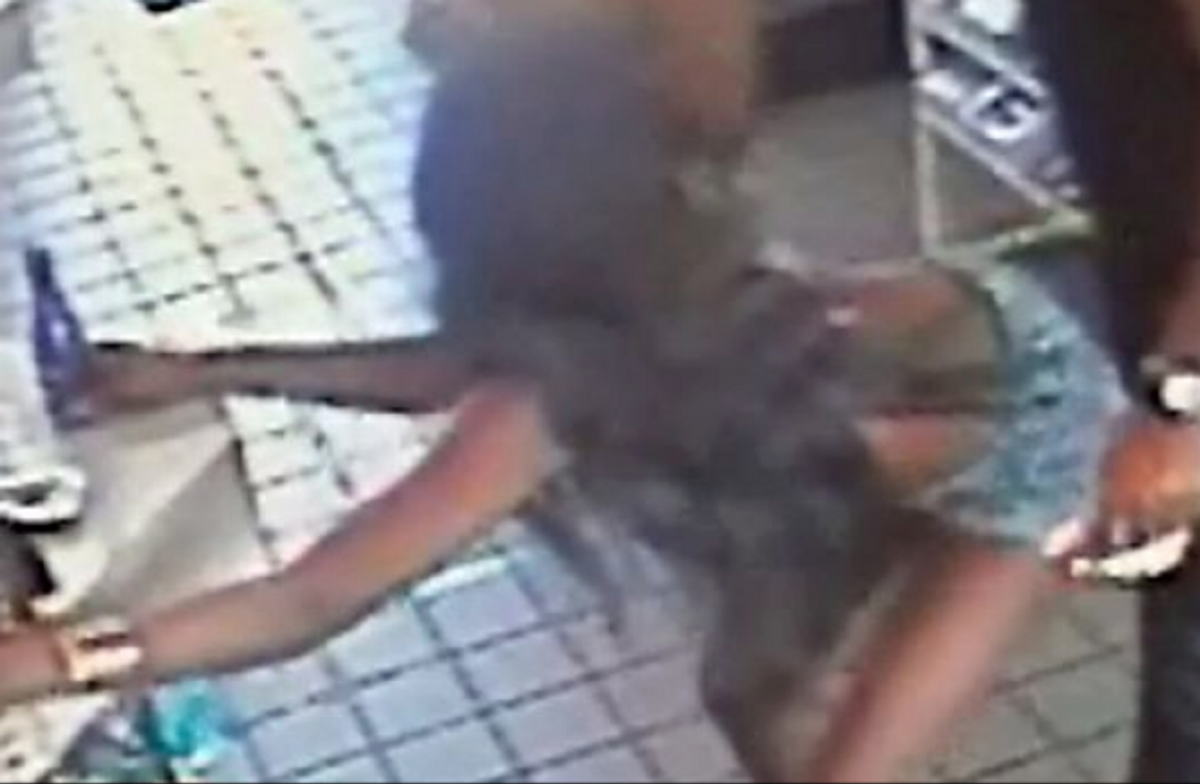 It was a story tailor-made for your local 10 o'clock news show and your Facebook "trending" feed — security footage out of Washington, DC. of "Women caught on cam twerking & groping" a male stranger. As WUSA-9 reported Tuesday, 22 year-old Ayanna Marie Knight has been arrested over an October incident at a local gas station convenience store. Police say Knight has two previous arrests for prostitution. She is now charged with third-degree sexual abuse, and the other woman in the video, whom police are still searching for, faces similar charges. Those are serious allegations, regardless of the gender of the alleged perpetrator or victim.

In D.C., third degree sexual abuse involves engaging in or causing sexual contact with another person by force or other means. The charge can carry up to ten years imprisonment and $100,000 in fines. In the security footage, at least, it appears that what is happening to man fits that description. He is standing behind one of the women near the checkout and talking on the phone when she backs up on him and begins to twerk. Then the other woman approaches him and grabs his crotch. She persistently touches him, appearing to try to take his phone away, aggressively putting her arm around him — and she keeps coming even as he repeatedly moves away from her.

The man says he explicitly told both the women to stop. The man — who has withheld his name — told NBC News Washington Tuesday that "I was assaulted sexually. I felt 100 percent violated. I felt really humiliated also." He adds, "The two cashiers that were at the station just sat there. I asked them to help, they said, 'What do you want us to do?' I'm saying, 'Call the police.'"

At one point in the video, you can see another patron walk past the man, paying no apparent attention, all while the victim's trying to fend off the woman. He says the women then followed him outside the station and tried to stop him from calling the cops.

Many women face a regular barrage of unwanted physical contact, especially in crowded cities and in confined public transportation spaces. They're grabbed on London buses and groped in Yankee stadium and felt up while they're sleeping on airplanes. It's such a commonplace event it rarely makes the evening news. And when the alleged crime is a male on female one, the dynamic is undoubtedly different. But it doesn't really matter whether these women felt entitled to violate a man's personal space because he was there and they felt like they could get away with it or there was some other motive for their alleged assault.

This isn't just about some news shows having an excuse to show underdressed young women in a story, nor is about "unwanted twerking," as DCist fancifully calls it, or bad behavior "being caught on cam" like a blooper reel. It's about acknowledging that just because certain crimes happen more often to women, it doesn't make them funny or acceptable when it happens to men. Men have a right to privacy and bodily autonomy, too, and if those rights are ignored and violated on purpose, it's not some dumb dance move -- it's a crime. As the man in the video told NBC, "Because when someone is just grabbing your body parts without your permission, no matter who it is, that's just a violation completely."