Jenny McCarthy doubles down: Her "clarification" on HIV disclosure still misses the point 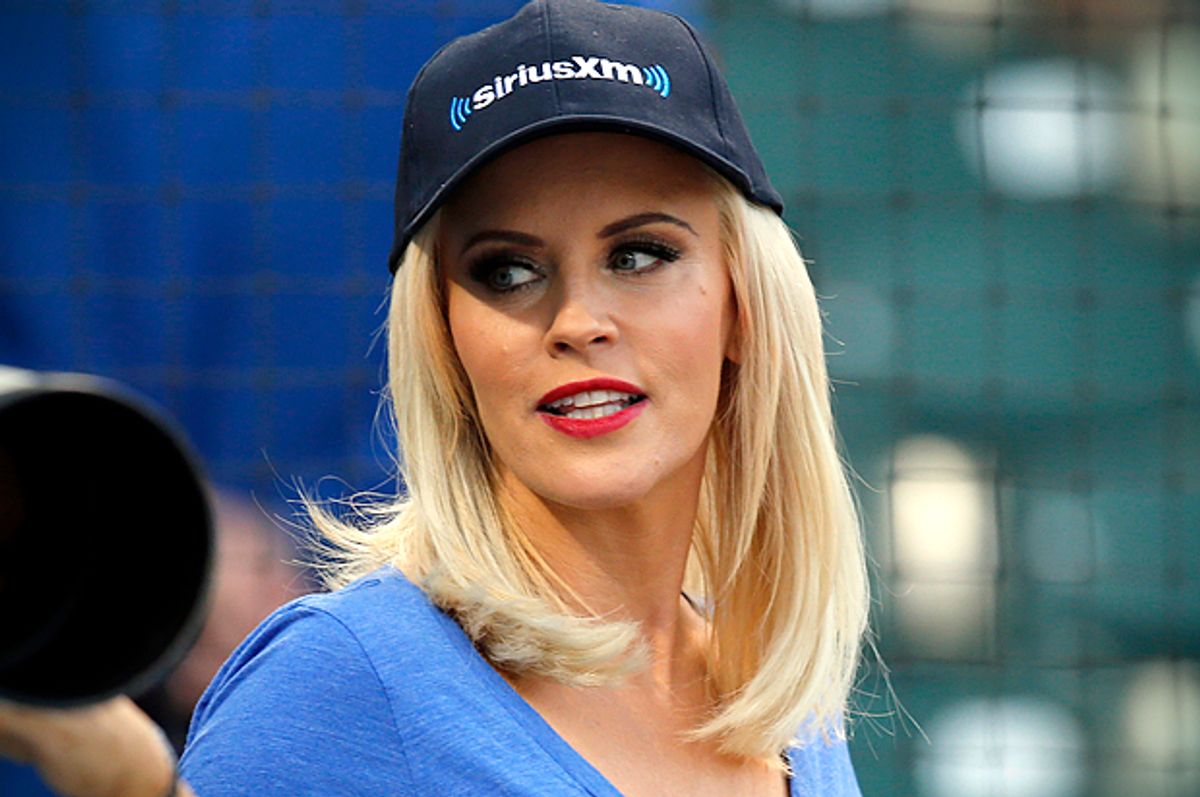 Watching Jenny McCarthy attempt to clarify herself is often like watching somebody fall down in slow motion. There's the initial stumble. Then there's the flailing.

On Wednesday, the actress and noted skeptic of effective modern medicine took to her “Dirty, Sexy, Funny” SiriusXM radio show to address Charlie Sheen's recent announcement that he's HIV positive. On the show, McCarthy, who appeared intermittently on "Two and a Half Men" from 2007-2011 as a love interest for Sheen's character, said that "Before we do a job, we have to sign a piece of paper that says, ‘Do you have cold sores?’ You have to sign a release that says, ‘Yes I have cold sores;’ you need show the medication…. Now, being on ‘Two and a Half Men’ myself, and being on the show and playing a love interest, you would think that there would be some type of… I don’t want to say, not criminal issue, but, I don’t even know how to feel about that. I’m like, wait a second, if I have to be up front about a herpe, how could you not be up front about HIV? I look back and I’m like, OK, that would have been some valuable information."

She added, "Playing his love interest on the show, back in the day, I go, ‘Ick! That’s not fair. It’s scary.’ I have sympathy for him because, you know, he’s sick and it’s awful, but man, he’s going to have to take some major accountability with many people in his life."

Sheen's manager soon issued a statement that "Charlie was infected long after he left 'Two and a Half Men' and long after he worked with Jenny." Sheen likely could not have been infected all that "long after" he worked with McCarthy, since he admitted on "Today" this week that he learned he was HIV positive "roughly four years ago." But to nail down the timing, McCarthy's last appearance on the show, in 2011, was after Sheen had left it. Her final episode with him was in 2010.

After a number of news stories questioned McCarthy's implied concerns over kissing someone who perhaps she feared may have been HIV positive at the time — and her characterization of Sheen as "sick," she took to Twitter Thursday to "expand" upon her remarks. She said, "The point I raised about Charlie Sheen on my Sirius radio show had nothing to do with whether or not I think he put me at risk. I simply took issue with a double standard in the industry. Every actress (and actor for that matter) must disclose hundreds of personal health matters before ever being allowed to set foot on a film set. Yet an actor who interacts physically with dozens of actresses in intimate scenes, is not required to disclose that he has HIV? I am very aware that HIV is not spread through kissing, but I also believe that if an actress has to disclose all of her business before kissing a male costar, that actor should be required to disclose something as major as an HIV infection too." And again we are all left to ask, whaaaaaaat?

If an actor is asked to reveal if he or she has a cold sore, it's because oral herpes is contagious. But if, as McCarthy herself acknowledges, it's extremely difficult to transmit HIV via kissing, why would an actor be required to disclose that status? Her apparent demand for HIV positive people to out themselves to everyone they work is paranoid and insulting.

Further, McCarthy seems to implying some kind of sexism at work here, painting the scenario in terms of "double standards" in which "an actress has to disclose all of her business." She makes male actors parenthetical to the way love scenes are conducted. There's no doubt there's plenty of bias against women in the Hollywood industry, but the standard for health disclosures seems to be identical.

But most bizarrely of all, McCarthy still seems to be outraged that Sheen did not tell her about a diagnosis he says he didn't have at the time he was acting with her. What is she asking for here? A time machine? Should Future Charlie Sheen have told her he was going to become HIV positive on his way back to kill Baby Hitler? Or does McCarthy not even know what she's talking about here? Based on her track record on vaccines, it wouldn't be the first time.