After all, the Statue of Liberty says "Give us your tired, your poor, your mostly Christians..." 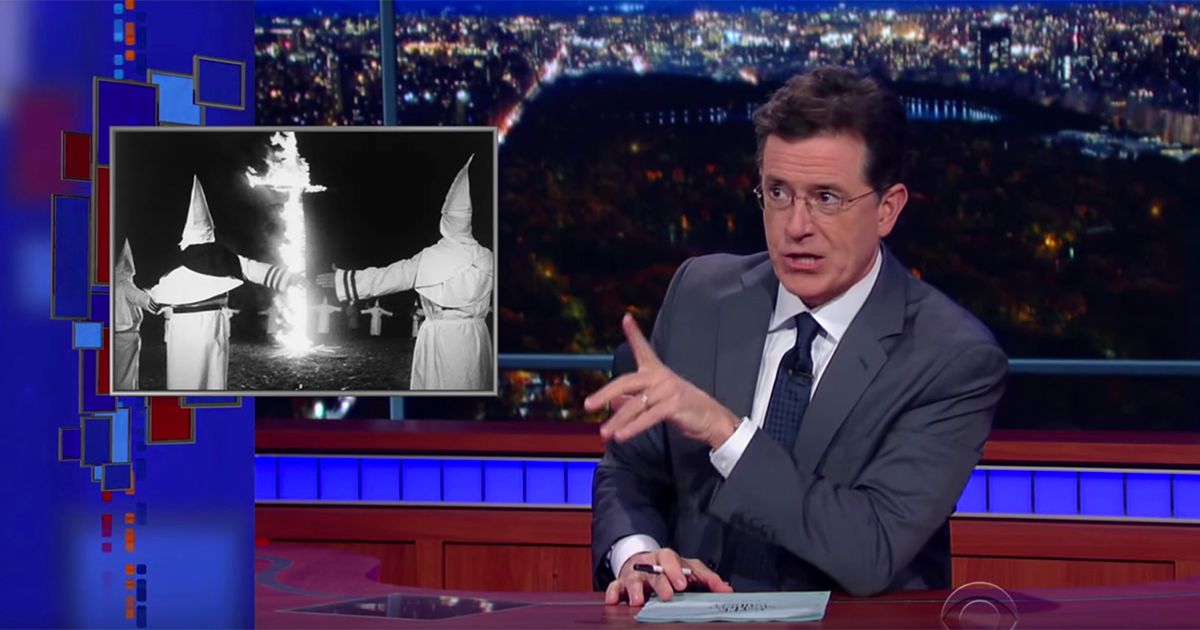 The object of terrorism is to provoke fear and that's exactly what ISIS has successfully done to leaders across the United States who now are denying humanitarian assistance to Syrian refugees. On Thursday night's "Late Show" Stephen Colbert noted that the crisis is all anyone is talking about.

But Donald Trump says that Syrians are not going to want to come here anyway. Right now the United States is entering winter while Syrian refugees are probably more accustomed to higher temperatures. Trump wants to know why the hell they'd come to Minnesota where it's under 40 degrees.

"It's a tough call for refugees," Colbert said. "Do I want to stay in a war zone where my family faces almost certain death or do I want to go somewhere where I have to put on a jacket before I go to the mall? I mean you're walkin' around, you're carrying your coat. You get all sweaty. You go outside and forget to put it on and then you get a cold. I'll take my chances with ISIS."

Colbert played the clip of President Obama mocking GOP candidates for president who he said was first afraid of debate moderators and now are afraid of women and orphans. He might make a good point, but "why shouldn't we be scared of three-year-olds? You think you can't negotiate with terrorists? Try negotiating with a three-year-old."

But there are a few candidates (Ted Cruz and Jeb Bush) who think that allowing Christian refugees into the country is fine. Cruz went on to say "there is no meaningful risk of Christians committing acts of terror."

"I'm sure these guys right here are just campers roasting marshmallows," Colbert said with a photo of the KKK with flaming crosses. "You can tell because they're each wearing one-man tents."

After all, like the plaque on the Statue of Liberty says: "Give us your tired, your poor, mostly Christians, and maybe one more two Indian guys with engineering degrees."

"If you want to know if somebody's a Christian just ask them to complete this sentence," Colbert said pulling out his Catechism card. "'Jesus said I was hungry and you gave me something to eat. I was thirsty and you gave me something to drink. I was a stranger and you....' And if they don't say 'welcomed me in' then they are either a terrorist or they're running for president."