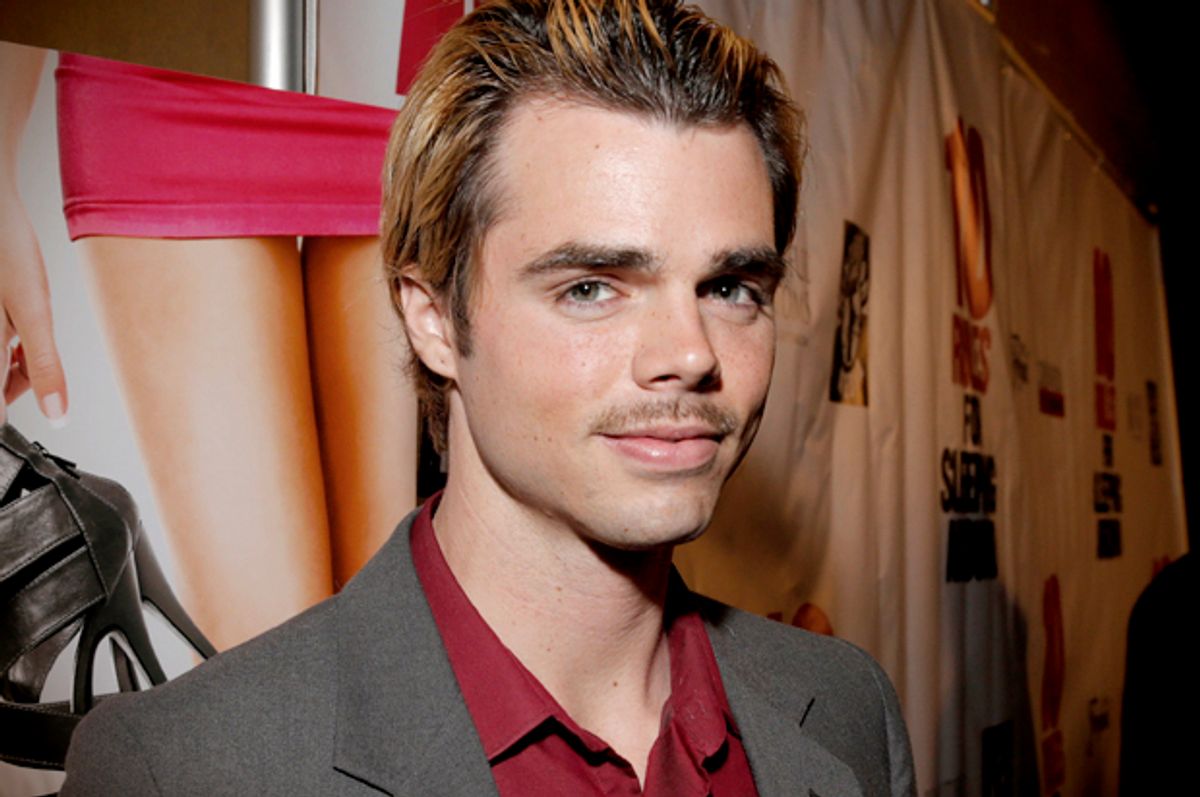 Earlier this week, "Modern Family" actress Ariel Winter boldly spoke out — not for the first time — about body image issues, using her Instagram feed as a chance to talk about how young women are sexualized and demeaned over the looks. After slamming the body shamers, she reminded her fans that "YOU ARE BEAUTIFUL." Now, a costar is also speaking up about the pressures to be perfect — but this time, it's from the male perspective.

Writing in a brave and candid essay for Huffington Post, actor Reid Ewing -- who has played Sarah Hyland's on again-off again boyfriend Dylan since the show's first episode in 2009 -- shares his journey through body dysmorphic disorder. "In 2008, when I was 19 years old, I made my first appointment to meet with a cosmetic surgeon," he writes. "I genuinely believed if I had one procedure I would suddenly look like Brad Pitt." Unsurprisingly, given Ewing's chosen industry, his doctor "quickly determined that large cheek implants would address the issues I had with my face, and a few weeks later I was on the operating table." When the results went poorly, he found an "even less qualified" surgeon who suggested a chin implant — and then botched that as well. As he writes, "For the next couple of years, I would get several more procedures with two other doctors," procedures that led to a spiral of complications and corrections.

Finally, he says, in 2012 he decided he had to make a change, and vowed to stop getting cosmetic surgery -- in spite of his insecurity. He notes that "Of the four doctors who worked on me, not one had mental health screenings in place for their patients, except for asking if I had a history of depression, which I said I did, and that was that. My history with eating disorders and the cases of obsessive compulsive disorder in my family never came up. None of the doctors suggested I consult a psychologist for what was clearly a psychological issue rather than a cosmetic one or warn me about the potential for addiction." And he observes that what he went though is "a problem that is rarely taken seriously because of the public shaming of those who have had work done."

The pressure on women — especially those in the public eye — to conform to incredibly narrow and unrealistic physical ideals is a topic that makes for seemingly daily headlines. Fortunately, in the past few years, more women have been coming forward and speaking out about it. Just as 17 year-old Ariel Winter was calling out the "mean things people bravely say behind their computer screens" this week, Anna Paquin was similarly hitting back at her online critics after a recent carpet event, announcing on Twitter, "Fun fact: Wearing a dress that is not skintight=Pregnant/invites people 2 call u fat. I'm neither so thanks 4 that… dear mother nature, people who bravely hide behind computers and pass judgement have informed me my pale skin and dark hair=old/ugly/harsh."

But as women are becoming more vocal, there's increasing pressure on men as well — you don't have to search too far, including on HuffPo itself — for a mocking headline about a male celebrity who "doesn't look like this any more."

And just as eating disorders and body dysmorphia have traditionally been the province of females, men are, unfortunately, increasingly at risk as well. Russell Brand has been open about his past struggles with bulimia. Billy Bob Thornton has said that for a period when he was trying to lose weight for an early role, "Frankly, for a while there, I think I had a little mental problem. I got anorexic; of course, I denied it to my girlfriend [Laura Dern] and everyone else who said I had an eating disorder." In 2008, Kings of Leon's Caleb Followill admitted he'd suffered through anorexia as a teen, saying, "I always thought I wasn't good enough." And in a 2013 interview with Australia’s Sunday Style, Robert Pattison reportedly said that before red carpet events, "I get a ton of anxiety, right up until the second I get out of the car to the event, when suddenly it completely dissipates. But up until that moment I’m a nut case. Body dysmorphia, overall tremendous anxiety. I suppose it’s because of these tremendous insecurities that I never found a way to become egotistical." But speaking with the Telegraph in 2013, 19 year-old Danny Bowman, who has been treated for body dysmorphia disorder, emphasized, "I want people to understand that this is not an 'LA disorder.' It affects people from all walks of life. I’m from a small town in Northern England after all."

In a culture in which anybody's selfie can be up for public ridicule, it's understandable that males would become increasingly vulnerable to body image disorders. But with his honesty, Ewing is shining a light not just on his condition but the doctors who prey on patients struggling with it. And as Johns Hopkins School of Medicine plastic surgeon Lisa Ishii told Nature recently, these people "don’t need cosmetic surgery. They need psychiatric care."