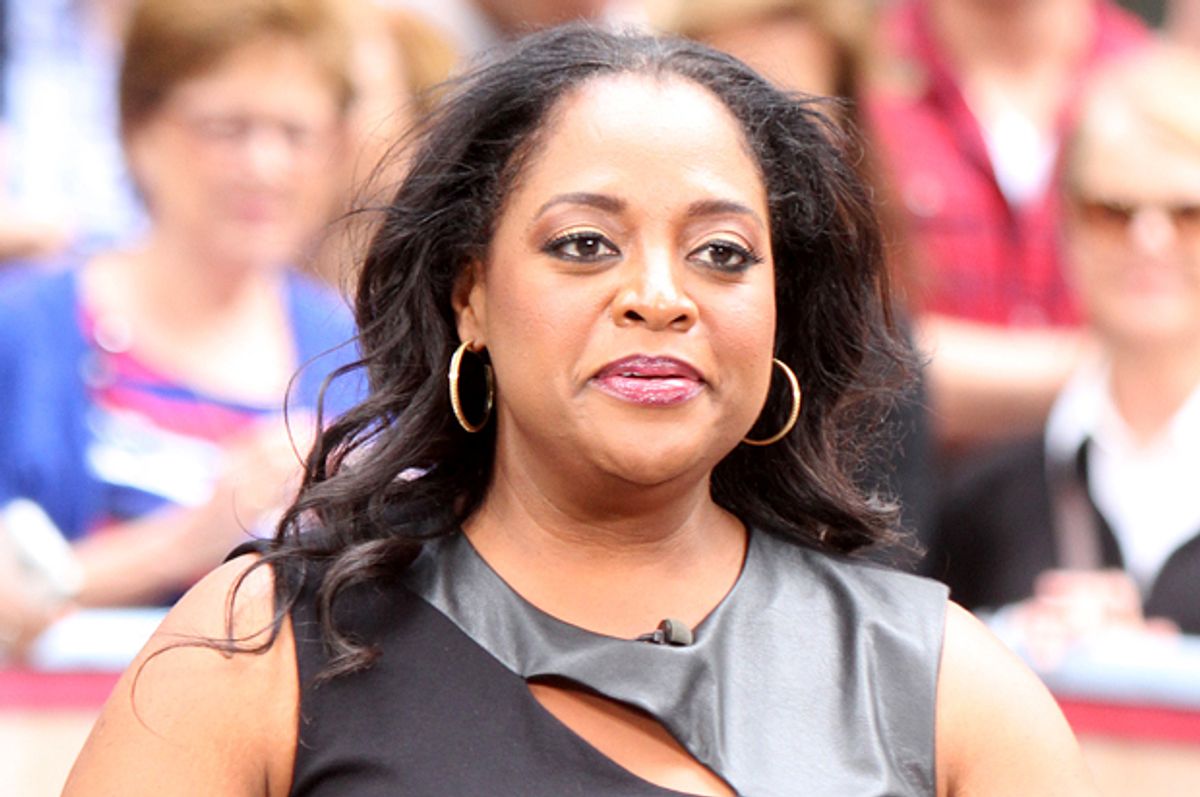 An ugly divorce. A contentious dispute over child support. But in the case of actress and "The View" personality Sherri Shepherd, there's a twist. This week a Pennsylvania appeals court upheld the contract Shepherd and her ex-husband Lamar Sally signed with a surrogate — meaning Shepherd's name stays on the one year-old boy's birth certificate, and she must continue to pay $4,100 a month in support for him.

If a couple decides to bring a child into the world and then one person regrets that choice, our culture usually sides on the opinion that both individuals still have a responsibility to that child. As New York's Child Support Services office puts it, "Every child has the right to support from both parents." But we no longer live in a time when every child has two clearcut parents. Adoption, insemination and surrogacy have changed all the rules, and it's been almost thirty years since the notorious "Baby M" case brought surrogacy into the legal limelight. Earlier this year, a court case involving one baby and four involved biological and custodial parental figures played out in New York court.

In the case of the now 48 year-old Shepherd, her ex-husband Sally claims the couple agreed to have a child using his sperm and a donor egg and surrogate "after doctors found that Shepherd's eggs were not viable." Back in 2005, after two years of infertility treatments she said included "shots in my butt, shots in my stomach, a little surgery," Shepherd's son with her previous husband was born 15 weeks premature. Two years later, she told People, "Having a baby gives you a more compassionate heart. I seem to care more about the world around me now that I have a child who will be here, hopefully, longer than me."

That same year, in an interview with Christian women's magazine Precious Times, Shepherd revealed, "Before I converted to Christianity, I was a Jehovah's Witness…. I was in a very physically abusive relationship. I was sleeping with a lot of guys and had more abortions than I would like to count. I had very low self-esteem and just wanted to die." On "The View," she has said, "I'm speaking as a girl who had a lot of abortions and I swear to God, if they had showed me a fetus I probably wouldn't have. But I'd have put my child in a lot of situations that would't have been good because I didn't have the mental capacity to deal with having a child."

On Instagram Tuesday, Shepherd was sharing images of her 10 year-old son and declaring, "Love my friend @jawnmurray who Facetimes my son regularly to talk #WWE - boys need positive men in their lives & so glad Jeffrey has some!" The story of the child known to the courts as Baby S., however, has been a very different one. USA Today reports that "Shepherd had paid more than $100,000 and Sally another $5,000 for a suburban Philadelphia surrogate to carry the child conceived through a procedure that used his sperm and a donor egg," and Penn Live notes the couple signed a gestational carrier contract agreeing they would "be acknowledged as the legal parents and assume responsibility for the child."

At first, all seemed well. But then in the second trimester, as the marriage was apparently coming apart, Shepherd had a change of heart. The couple split in May of 2014, and "Shepherd refused to sign legal documents to designate her and Sally as the parents." The boy was born in August. This week's court ruling affirms that Shepherd "does not dispute that she freely entered into the gestational carrier contract. Baby S. would not have been born but for (her) actions and express agreement to be the child's legal mother."

But a name on a birth certificate only imposes legal responsibilities; it doesn't mean anything more for the child himself. And in that regard, both Shepherd and her former husband appear to be in agreement. "She doesn't want to be part of his life. It's all good," Sally says. "I'm going to be parent enough for the both of us."