Spike Lee's campus cure-all: "A sex strike could really work on college campuses where there’s an abundance of sexual harassment and date rapes"

On the Colbert show, he also talks gun control and Laquan McDonald 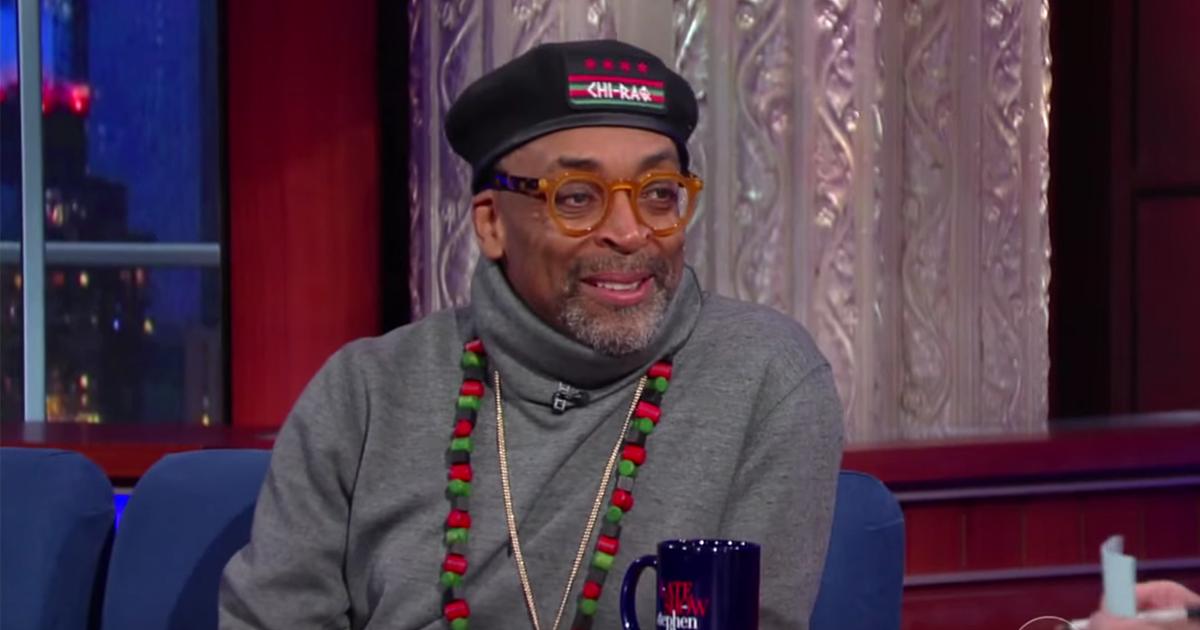 Spike Lee's new film "CHI-RAQ" has gotten a lot of pushback from Chicago natives who resent the comparison that their streets are as violent as the Middle East. But on Tuesday night's "Late Show," the filmmaker told Stephen Colbert it was local Chicago rappers who came up with the name, not him.

Colbert pointed out the statistic that more people have died in the south side of Chicago than Americans who died in Iraq and Afghanistan since 2001 combined. Lee blames guns for all of it and said that he hopes this film will reignite the conversation about gun control in America. He doesn't want to take away anyone's Second Amendment rights, he was quick to clarify, but he hopes that background checks could be stronger and licenses to own guns could be a little closer to licenses to drive a car. He said the problem Illinois faces, despite strong gun control laws, is that anyone can hop in a car and be in Indiana in 20 minutes where they can purchase guns with fewer restrictions.

The film is based on the Ancient Greek comedy "Lysistrata" where a woman convinces all the women in the city to withhold sex until men stop the wars. In the play, the men hilariously lose their minds, but Lee hopes that after seeing the film there can be "sex strikes" on college campuses to help end sexual assault.

"Do you think it will work in Chicago?" Colbert asked Lee, mentioning that already one woman has started a sex strike after seeing the film's trailer.

"I'd like to say this," Lee began. "What's happening on college campuses today, you know, with what happened at the University of Missouri where the football players got together and said unless the president resigns, they weren't going to play," Lee said talking about the racism their campus saw. "I think a sex strike could really work on college campuses where there’s an abundance of sexual harassment and date rapes."

Lee went on to say that once people come back from their holiday break "there are going to be sex strikes at universities and colleges across this country, I believe it."

Colbert also asked Lee about the video released Tuesday of the officer shooting 17-year-old Laquan McDonald 16 times. Lee acknowledged that everyone is scared about what might happen but he didn't think they would "run amok" in the city. "I think there is a way to have peaceful demonstrations without tearing stuff up... I am hopeful that nothing crazy happens but I’m glad the tape is being released, because this is democracy, and I sometimes don’t think we can pick and choose what America should see."