Romanticizing Robert Dear: Making him "a recluse who longed for women" mythologizes his brand of violence

Dear has a long history of violence against women, and it's a mistake to blame his rage on his "longing" for them 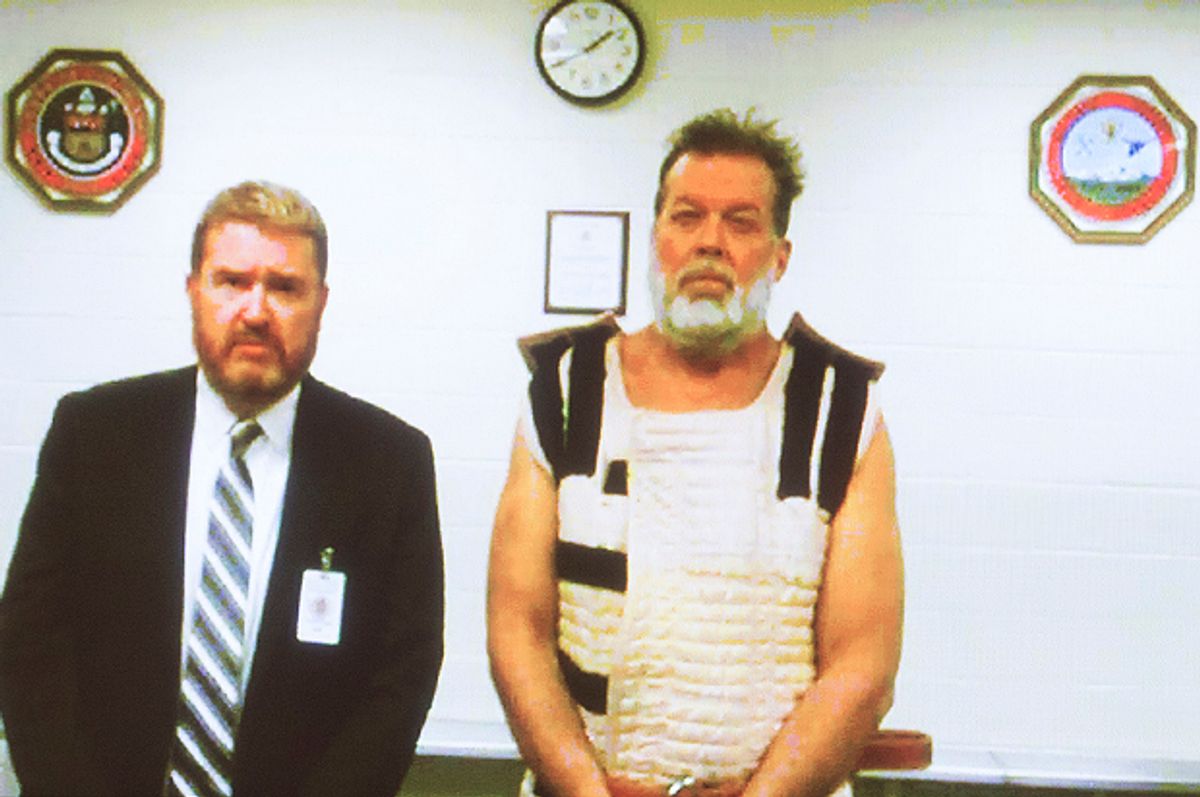 In a comprehensive New York Times report published late Tuesday on Robert Dear, the man currently charged with killing three people at an attack on a Colorado Planned Parenthood last week, the picture of the accused that emerges is a picture we've seen far too many times before.

Contrary to person-who-is-seriously-running-for-the-nation's-highest-office Ted Cruz's public speculation, Dear has not "been reported that he was registered as an independent and a woman and transgendered leftist activist, if that’s what he is." He is not, as Colorado Republican Rep. JoAnn Windholz suggested earlier this week, someone simply sent "over the hill" by the "abortion industry," an example of how "violence begets violence." Nor is he, as the New York Times itself initially suggested, a mere "gentle loner," albeit one "who occasionally unleashed violent acts towards neighbors and women he knew." He appears to be, instead, described by those who knew him and by his arrest record, another white male driven by misguided religious fervor and violence against women.

Yet even now, a man who reportedly said "no more baby parts" during his arrest, who is accused of leaving six children now without their parents, is presented as a fascinating study in contrasts. In promoting the story, the Times called him on Twitter "a recluse who longed for women, and mixed religion with rage." In his Times feature, journalist Richard Fausset — with research and reporting from nine other journalists — describes Dear as "a man who craved both extreme solitude and near-constant female company, a man who successfully wooed women but, some of them say, also abused them."

It's not that violent, disturbed people can't ever manage to gain the trust of others — serial killer Ted Bundy counted on it, and BTK murderer Dennis Rader hid for years in plain sight as a small town family man. It's just that the narrative about them usually focuses more on their other actions. Robert Dear married — three times. He fathered children, and reportedly admitted to "various acts of adultery." He also has arrests and accusations of violence going back to the early '90s. He also has, as the Washington Post reported over the weekend, "a history of run-ins with neighbors and police, including arrests for alleged cruelty to animals and allegedly being a 'peeping Tom.'"

In 1991, he was convicted for unlawfully carrying a “long blade knife” and illegal possession of a loaded gun. In 1992, he was arrested for rape. The woman who accused him died eight years ago, but her husband tells the Times she claimed she'd been assaulted at knifepoint by Dear after he met her at her job at a Sears. The case deteriorated when the only other witness refused to testify. Police reports say that Dear called the incident "consensual."

In his 1993 divorce proceedings, Dear's estranged wife Barbara Micheau said in an affidavit he "kicked her, beat her head against the floor." Speaking with NBC news this week, she said that Dear "was abusive — very abusive emotionally, abusive physically. You never knew. It was always nerve-racking because you never knew what he was going to be like." And she reiterated that he'd "knocked me down and beat my head on a concrete floor." She also said that he had put glue in the locks of a local Planned Parenthood. A police report from 1997 involving his third wife says she claimed he "hit her and pushed her out the window" and "shoved her to the ground." And over the past decade, Dear seems to have distinguished himself as an Internet troll, cropping up in cannabis forums to accuse his dissenters as “slaves” and “demons."

People who go out and shoot up clinics and college campuses are human beings who, until their notorious acts, were our neighbors and classmates. That's part of makes their crimes so chilling, and what spurs the curiosity to understand what drove them to violence. But as Rebecca Traister astutely notes in New York Wednesday, the media reporting on Dear has been remarkably subdued, depicting him as "adrift and alienated" in headlines rather than, say, sporting a history of arrests and accusations of abuse.

It's a strange trope, this near-romanticizing of these guys. We saw it just last year with Elliot Rodger, the "virgin killer" driven to violence by the girl who "made him hate women." It's one in which a man accused of murdering three people and wounding several more is depicted as one who "longs" for female company and "successfully wooed women." It puts violent actions in the context of frustrated relationships with women, and in doing so it gently raises the unspoken question — if monsters are made, who makes them? And how can we find, in the rubble of a story in which another man commits another act of mass violence, a way to implicate women?