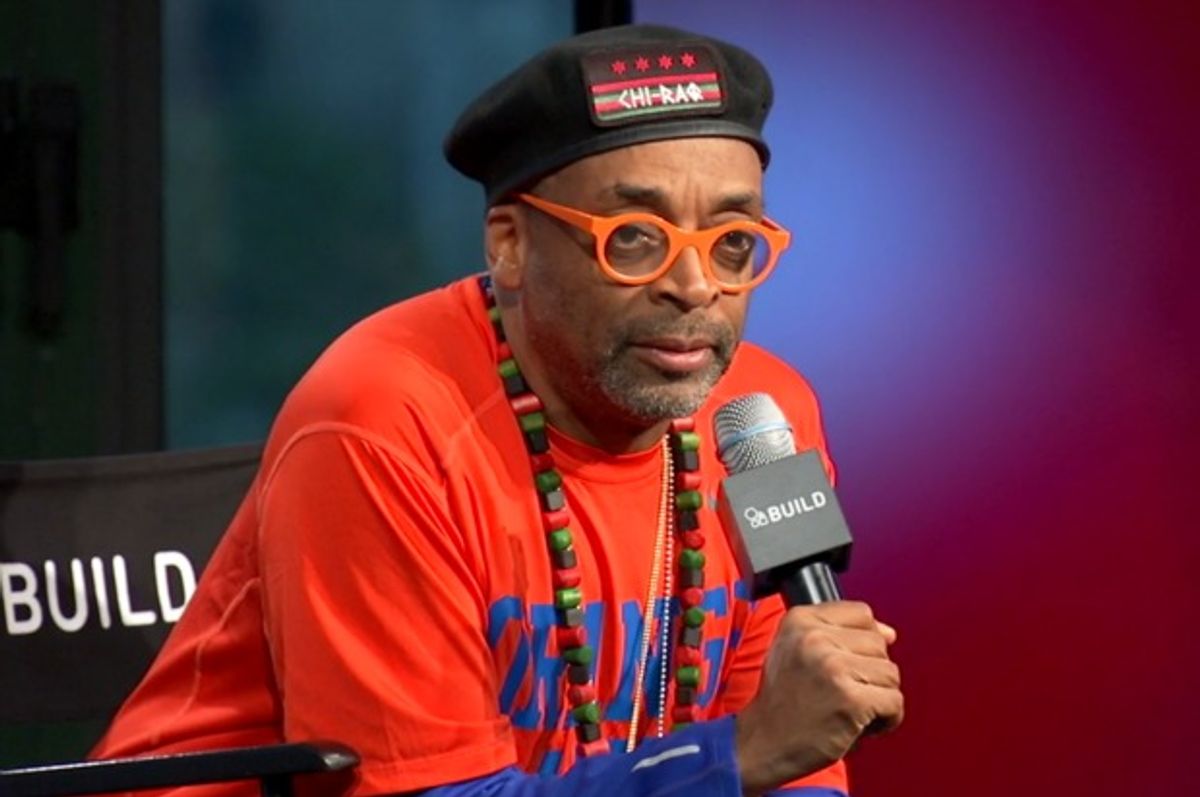 Chicago artist Chance The Rapper took to Twitter this afternoon to subtweet Spike Lee, criticizing the motivations of the Brooklyn director's satirical new dramedy "Chi-raq." The film, which goes into limited release today, examines gang violence in Chicago's South Side through the lens of that classic Aristophanes joint, "Lysistrata."

In the Aristophanes play, the eponymous Lysistrata convinces other Greek women to withhold sex to successfully end the Peloponnesian War.

"It's a satire," Lee just told a crowd during a streaming interview with AOL. "The whole sex strike thing is a metaphor for how there's a power within yourself to change the world."

"Parts of Chicago are the murder capitol of the world," Spike continued, seemingly fed up with negative press, during the q-and-a portion of the interview. "That's not Spike Lee making shit up."