Explaining America to Americans: Why don't you get the allure of your country for refugees -- that no matter how horrible life is now, perhaps it’ll be better there?

As a child, I was a refugee from Ukraine with my family. All I knew of the US was that people got new lives there 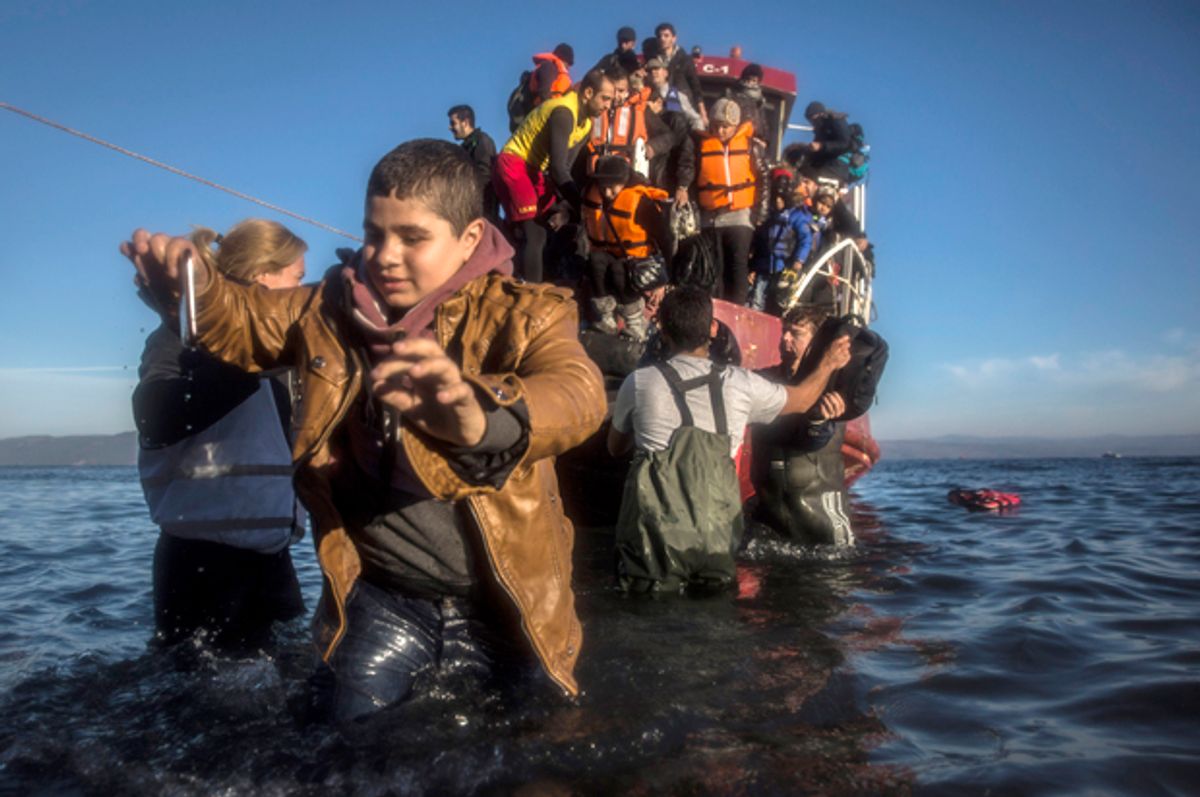 Sometimes, the most frustrating thing about America is trying to explain it to Americans.  A native-born friend and I were recently listening to an NPR segment that profiled Ahmad Adam-Ali, a homeless Sudanese refugee living in Paris.  The man, who is teaching himself English by reading speeches by President Obama and poetry by Gwendolyn Brooks, told NPR his dream was to move to the Bronx and become a psychologist.

“If this guy ever makes it to the Bronx, he’s in for a major disappointment,” said my American friend.

My friend wasn’t convinced, but I didn’t expect him to be; he’s never been a refugee.

When I was a child in the Soviet Union, I didn’t think much on America, but I also didn’t think much about things like being able to have a conversation or knowing where I’ll sleep the next day.  Then, in the fall of 1989, rumors of pogroms spread through Ukraine, and my family, along with thousands of others, abandoned everything and ran for the West.

Suddenly, I was a refugee in Austria, and the hundred little strings that had kept me anchored to the world were severed overnight. Everything, from the food we were given to the places we were stationed, was determined by outside forces. We had no money and next to no legal standing. Our fates were decided by politicians and diplomats shuffling papers across the Atlantic. My father was no longer an engineer, my mother no longer a doctor. Most of us were rendered deaf and mute by the language barrier. That was the biggest shock of becoming a refugee – the realization that now, the adults were just as helpless as I was.

And the longer we drifted in that limbo, the more the idea of America solidified in my mind, drawing me like a lodestone. People rummaged through discarded Austrian newspapers, searching for news from Washington. The very word was enough to cast silence over a refugee camp as everyone strained to hear rumors and updates. I still knew nothing about the U.S., but that didn’t matter. America was where people got new lives, and that’s what I needed to know.

Ironically, my family was resettled to Indiana, which just made international headlines because Gov. Mike Pence refused to allow a vetted Syrian couple and their 5-year-old child to enter the state. My family had come from the Soviet Union – the ISIS of the 20th century – whose mission was to cover the globe with the red banner of Communism. The Evil Empire, as Ronald Reagan had called it, had nuclear warheads trained on American cities and KGB spies infiltrating Washington. Reagan, however, had the wisdom and the compassion to discern the difference between evil, and those fleeing it. We were embraced by the Hoosiers; the Syrians are shut out.

That wisdom is sorely missing today. Its absence makes what my family went through, as dehumanizing as it was, seem like a luxury vacation compared to what the Syrians and North Africans are enduring now. I don’t know what it’s like to escape from unimaginable terror and carnage, only to be labeled a terrorist by politicians half a world away. But I do know that the idea of America, the land of new beginnings, where descendants of slaves and outcasts live in dignity, continues to sustain today’s refugees, just like it sustained us and the ones who came on steamships and caravels before us. Because despite war, famine, bombs and hunger, there is still that place where things may improve. Because no matter how horrible life is now, perhaps it’ll be better in America.

It may sound trite to Americans, who are bombarded with patriotic clichés by everyone from politicians to used car dealers. But when it’s just you, your family and your stomach, the little trite things are often what stand between you and despair; when you have nothing else, the trite things are suddenly not so trite.

This country emanates a power unrivaled by any other nation. It’s what allows the Bronx, in all of its dilapidated, sketchy glory, to be a symbol of hope for the homeless Sudanese man on the streets of Paris, simply because it’s the Bronx. Simply because it exists.

Over the past two weeks, U.S. politicians – individuals who never seem to tire of extolling America’s unique status in the world – have shown a gross disregard for that sacred role.

Vetting for terrorists, the reason invoked by congressmen and governors, isn’t the question here. America knows how to vet:  We do it on a daily basis. We vet people to grant them access to top secret documents, the White House, the president and nuclear launch codes. We vet 18-year-old Army recruits before handing them grenade launchers and plastic explosives. We’ve been vetting and resettling refugees (including Muslims) here for the past 14 years, despite the fact that Sept. 11 “changed everything.” The notion that the most powerful country in the world doesn’t have the ability to find a few thousand families who are not jihadists is ludicrous.

Actions such as Gov. Pence’s refusal to allow Syrians in Indiana or Dr. Ben Carson’s comparison of refugees to rabid dogs fall far from the mark of keeping America safe. They’re base reactions that only affirm the belief that certain people are not worthy or, indeed, capable of embracing the American Dream. The same “concern” has been used against blacks, Jews, Quakers, Catholics, Irish, Italians, Germans, Chinese and Japanese in the past. Today’s iteration tells the world that the West and Muslims are fundamentally incompatible, which is, ironically, rather similar to the message issued by ISIS.

Thing is, the American Dream, the real American Dream, doesn’t belong to congressmen, or governors, or presidential candidates. It no longer belongs to me and my family, for we’ve been fortunate enough to not have to wonder where we are sleeping tomorrow. It belongs to Ahmad Adam-Ali, who dreams of the Bronx, and millions of others who are enduring hellish circumstances and need the idea of America not for scoring national security credits for elections, but to survive. Don’t take it away from him.