"Tell me your ZIP code and I can tell you how healthy you are": Shouldn't the most accessible exercise of all be available to everyone?

We all need a safe, comfortable, convenient place to walk. Walking activists are working to make that happen 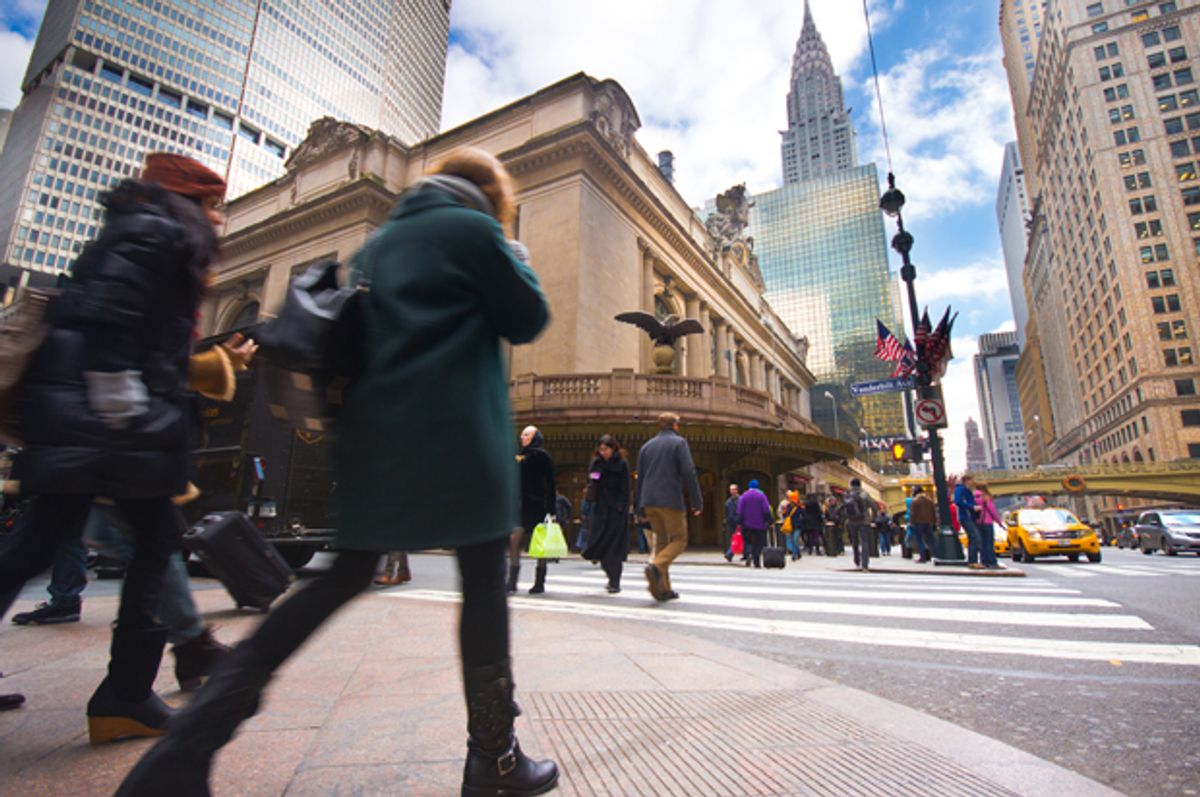 “The health benefits of walking are so overwhelming that to deny access to that is a violation of fundamental human rights,” declared Robert A. Bullard, dean of the School of Public Affairs at Texas Southern University,  in a keynote at the Second National Walking Summit held this fall in Washington, D.C.

“The pursuit of health is also about justice,” emphasized US Surgeon General Vivek Murthy. It’s about making sure “everyone in America has a good shot at being healthy.”

The Surgeon General’s recent Call to Action on Walking and Walkable Communities highlights the fact that, “an average of 22 minutes a day of physical activity – such as brisk walking – can significantly reduce the risk of heart disease and diabetes” as well as other debilitating chronic diseases.

“Tell me your zip code and I can tell you how healthy you are,” Bullard said.  “That should not be… All communities should have a right to a safe, sustainable, healthy, just, walkable community.”

Jaw-dropping silence seized the room as Bullard showed a succession of maps illustrating how historic segregation and current poverty strongly correlate with low levels of walking and childhood opportunity as well as with high levels of obesity, diabetes, hypertension and heart disease.

“Health disparities don’t just happen by accident,” he explained. They are the tragic legacy of racism and unequal economic opportunity.

Ron Sims, who sponsored some of the first research identifying zip codes as a key determinant of health while chief executive of King County, Washington, noted. “If you have parks, playgrounds, community gardens, and wide sidewalks, you have good health outcomes. If you have walkable communities kids will do better in school…seniors will be healthier.”

Drawing on his experience as an activist in African-American neighborhoods of Seattle as well as a former Deputy US Secretary of Housing and Urban Development, he mapped out a blueprint for healthy communities: new or improved sidewalks, better lighting, access to water and greenspace, a place for kids to play around, a place for aging adults and senior citizens to feel they belong.

“You have no idea how powerful you are,” Sims said to the hundreds of walking activists in the room. “I can’t overstate that you are a movement that can ensure this country achieves its great dreams.”

Equal access to good health was a call resounding throughout the 3-day Walking Summit, hosted by America Walks and the Every Body Walk! Collaborative and presented by Kaiser Permanente, an integrated health care delivery system, along with two dozen co-sponsors spanning the health care, philanthropy, business, non-profit and transportation fields.

More than 520 people from 44 states participated in the Summit, a crowd that was more racially and regionally diverse and 30 percent larger than the first National Walking Summit in 2013. Over 220 received scholarships to make the event more accessible to people with limited resources.

“All of us with divergent missions--from health care to social justice to land trusts to neighborhood revitalization---have a convergent strategy to get more people out walking and create safe places to walk everywhere,” noted Kaiser Permanente vice-president Tyler Norris.

More than 70 workshops and panel discussions addressed the overarching goal of how to make sure everyone has access to a safe, comfortable, convenient place to walk.  This includes disabled people, who may “walk” by rolling.

Speaker after speaker pointed to the stark inequality still exists on the streets and sidewalks of America. The young, the old, the poor, people of color and people with disabilities are injured or killed more often while walking.

Professor Bullard noted a study showing that motorists wait longer to yield to a person of color walking on the street than to a white person, a situation he termed “racial bias in the crosswalk.”  Meanwhile racial profiling by both police and the public pose another obstacle to walking for people of color, as witnesses by the deaths of Michael Brown in Ferguson, Missouri, and Trayvon Martin in Sanford, Florida.

Being able to walk safely, Bullard pointed out, is literally a matter of life and death.  “Research shows that walking can give you seven more years of life,” he said.

Discussions throughout the summit-- in sessions, in hallways, over lunch--brought forth new ideas for dealing with complicated issues:  How to ensure that no Americans are denied the health benefits of walking and other physical activity.  How to overcome the barriers--from crime in the streets to people’s long working hours--that make walking difficult for low-income Americans.  How to make sure that gentrification doesn’t force people out of neighborhoods that are becoming more walkable.

In the San Joaquin Valley of California, where one in three children are overweight, Latina women started walking groups to improve their families’ health.  When local officials said it would cost too much to build walking trails, they enlisted their construction-worker husbands to do it.  The next step is for the community to understand how to make walking safer and more comfortable, says Genoveva Islas of the grass-roots group Cultiva La Salud (“Cultivating Health”). They are now studying how traffic calming, bike lanes and sidewalk networks can improve their lives.

In nearby Ceres, California, where two-thirds of all people are overweight, sixth-graders did an assessment of walking conditions near local schools.  Their recommendations were incorporated into a Safe Routes to Schools masterplan for the community. Five local schools have established Walking School Buses, in which parents go from door to door picking up kids and walking them safely to school.

In Clarksdale, Mississippi, older African-Americans who felt scared to walk because of crime, organized 14 neighborhood watch groups to make their community safer. “Folks barricaded themselves in their homes,” explained Ivory Craig, associate state AARP director, but came out on a special Meet Your Neighbor Night, where they decided to do something to make their neighborhoods more walkable.

In Raleigh, North Carolina, graduate student Matt Tomasulo created signs informing people how easy it is to walk to local attractions, which were later adopted by the city government. “It was a way to build a lot of excitement about walkability very quickly,” he says.

“Does walkability and safe communities automatically mean gentrification?” inquired Jill Chamberlain of Blue Cross and Blue Shield of Minnesota.  Investments in parks and trails almost always mean higher real estate prices, she noted. “But if you want to stop gentrification, one idea is [public] contracts with developers to include permanent affordable housing.”

“The Summit shows the movement is expanding from walking as a way to improve public health to walking as a human and civil right, a moral imperative,” said Kate Kraft, National Coalition Director for America Walks and the Every Body Walk! Collaborative. “A community that is walkable for everyone means less disenfranchisement and more connection.”

“We are a nation of walkers,” said Surgeon General Vivek Murthy.  “Going back to King’s March on Washington and the 1913 march for women’s suffrage.”

Sims’ optimism is grounded in firm evidence that Americans are getting back on their feet. The number of Americans walking has increased 6 percent since 2005, according to the Centers for Disease Control and Prevention. That adds up to 20 million more people on sidewalks and trails.

Americans are walking not just for health, but also for relaxation, community connection, neighborhood revitalization, some time in nature, and the sheer fun of it.  The co-chairs of the Every Body Walk! Collaborative--Joan Dorn of the City University of New York School of Medicine and Kevin Mills of the Rails-to-Trails Conservancy--outlined some of the reasons for this good news:

Jay Walljasper--author of "The Great Neighborhood Book"-- writes, speaks and consults on how to create better communities. Contact him at jay@jaywalljasper.com.