Bieber’s “Internet crush” stunt is creepy, not cute: It’s hard enough being a woman online without Beliebers tracking you down

When you're Bieber's unwitting "mystery girl," apparently you're asking to be stalked by rabid fans and the press 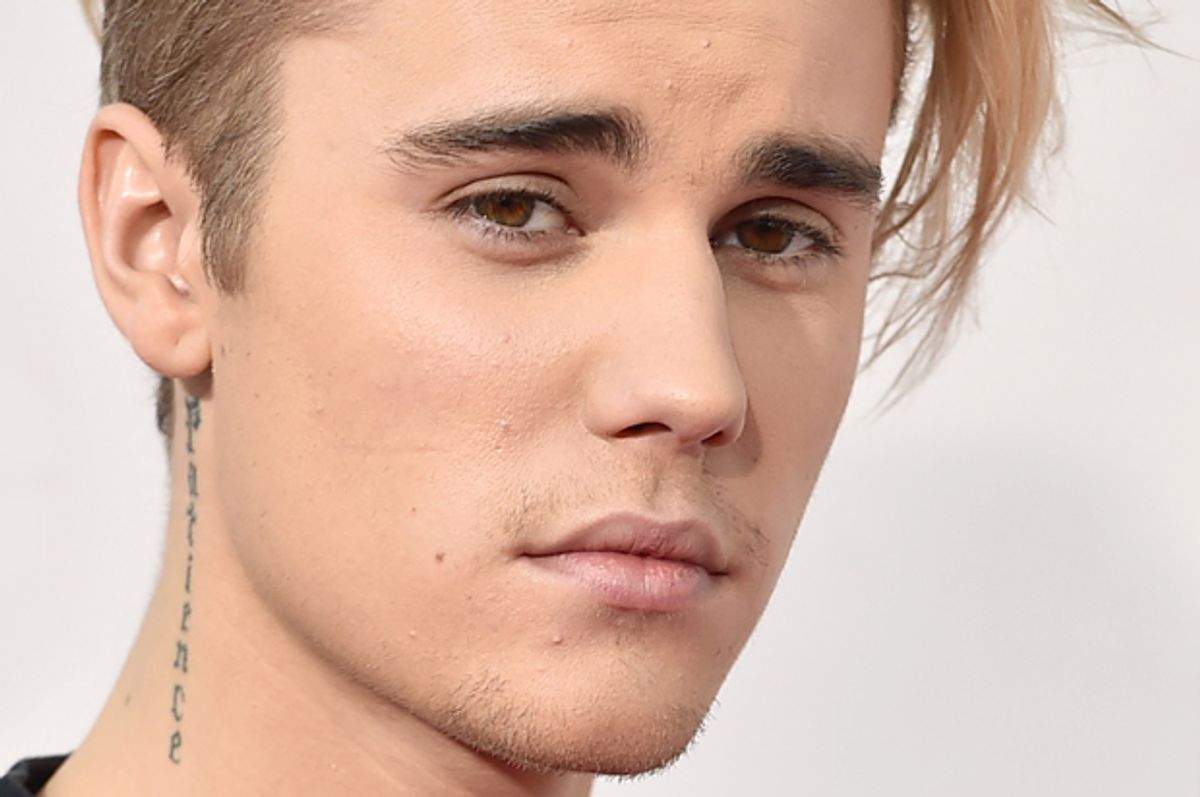 At this point, it’s hard to be shocked by anything Justin Bieber does. Between drunk driving, egging a neighbor’s house, telling a blatantly racist joke, the charge of vandalism in Brazil, the eviction from an Argentine hotel, he’s shown what a disagreeable little guy he can be.

But his latest stunt is pretty hard to take, especially because the celebrity media is treating it, so far, like a cute incident of “he’s so into you.”

Apparently Bieber spotted a teenager on Instagram and asked his fans to help track her down. Was she interested in being identified in front of millions of people? Who knows – the beliebers were there to help.

By the time this crush -- reportedly, a Spanish 17-year-old -- was identified, she was a little confused. US magazine headlined it like this: “Justin Bieber's Apparent Internet Crush Reacts: "I So Do Not Know How to Deal With This," and led the story this way:

How does it feel when Justin Bieber enlists the help of his fans to track you down after liking the look of your photo? A little overwhelming, that's how!

Sounds fun, eh? The Daily Mail ran a similar story, complete with gossip about Bieber’s past girlfriends. “Do you know Justin's mystery girl?” the story asked, listing the reporter’s email and phone number.

Apparently this 17-year-old, “wolfiecindy,” is a Bieber fan, and has lots of followers on Instagram. She’s not, it seems, a recluse.

But, is it cool for Bieber – and the international media that follows his every move – to invade her privacy this way? It seems a bit like celebrity stalking in reverse, and you’d think that Bieber, who’s had the paparazzi’s attention for much of his life, would know better. He probably thinks she'll be flattered by the attention, that he's doing her an enormous favor.

It’s no longer breaking news to say that women and girls often have an especially difficult time online. The journalist Amanda Hess wrote a truly frightening story last year in Pacific Standard documenting the problem. It described especially threats against her and other female writers, and then pivoted:

A woman doesn’t even need to occupy a professional writing perch at a prominent platform to become a target. According to a 2005 report by the Pew Research Center, which has been tracking the online lives of Americans for more than a decade, women and men have been logging on in equal numbers since 2000, but the vilest communications are still disproportionately lobbed at women. We are more likely to report being stalked and harassed on the Internet—of the 3,787 people who reported harassing incidents from 2000 to 2012 to the volunteer organization Working to Halt Online Abuse, 72.5 percent were female.

Sometimes, the abuse can get physical: A Pew survey reported that five percent of women who used the Internet said “something happened online” that led them into “physical danger.” And it starts young: Teenage girls are significantly more likely to be cyberbullied than boys. Just appearing as a woman online, it seems, can be enough to inspire abuse. In 2006, researchers from the University of Maryland set up a bunch of fake online accounts and then dispatched them into chat rooms. Accounts with feminine usernames incurred an average of 100 sexually explicit or threatening messages a day. Masculine names received 3.7.

Will “wolfiecindy” be stalked any further? Let’s hope not. But it would have been nice for Bieber to communicate with her privately – or leave her alone entirely – before making her an Internet sensation. She’s feeling overwhelmed? Who wouldn’t be? For a while at least, she can kiss anything resembling privacy goodbye.

Bieber has a very weird track record. But this may be his creepiest stunt yet. Please, everyone -- leave this girl alone.