They're eating this crap right up: Donald Trump is more popular with Republicans than ever 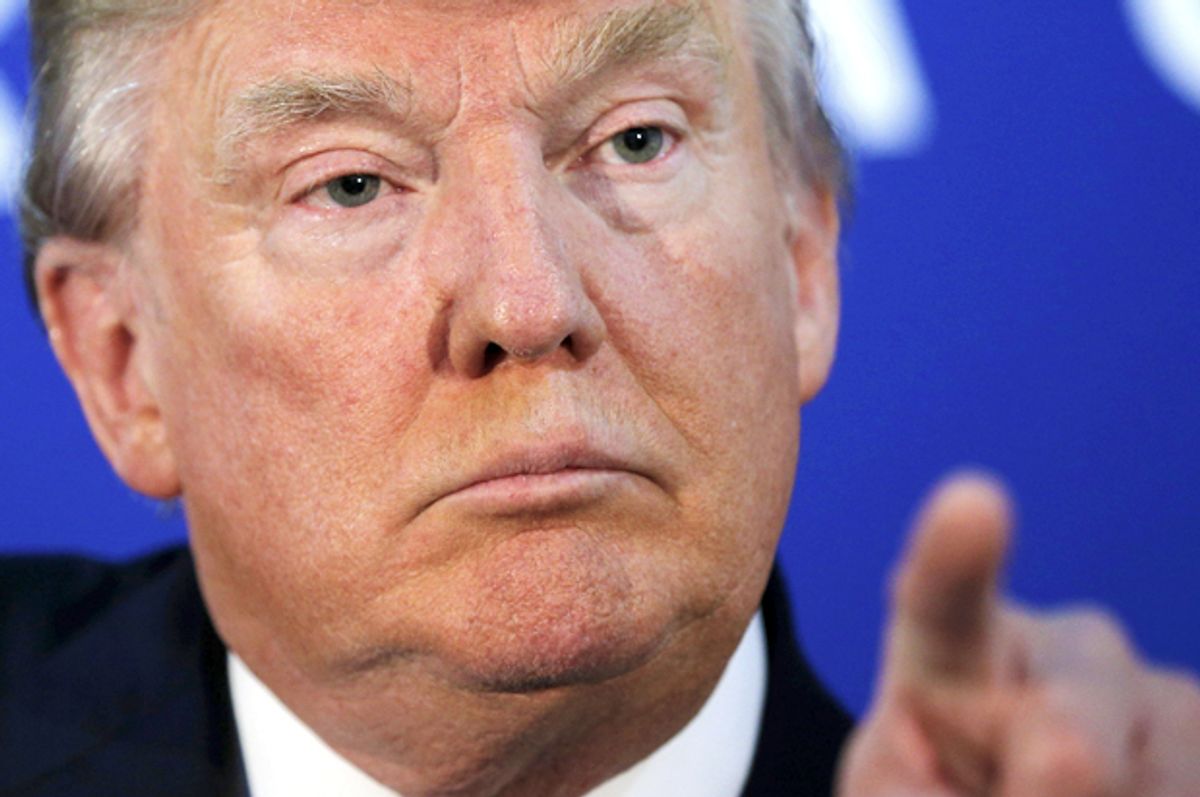 Racists and xenophobes rejoice! Donald Trump is now polling stronger than ever, widening his lead even further over his Republican competitors for the presidential nomination. That’s according to a new poll conducted by the New York Times and CBS, which found that Trump is the top pick for 35 percent of Republicans around the country. That’s way ahead of Ted Cruz, at just 16 percent, and Ben Carson, at 13 percent.

Business Insider notes that the survey was conducted just ahead of Trump’s statement on Monday that Muslim immigration to the United States should be halted “until our country's representatives can figure out what is going on.”

But other polls conducted after Trump’s Islamophobic remarks show his anti-Muslim sentiments are likely to help him with his base. Business Insider cites a Bloomberg Politics/Purple Strategies PulsePoll which finds nearly two-thirds of likely Republican primary voters are in favor of Trump’s proposed Muslim ban. A Fox News survey of South Carolina Republicans found an 8 percent increase in support for Trump following those comments.

Trump’s supporters seem to be immune to criticism of their candidate, the Washington Post reported, after focus group participants remained unmoved by a litany of possible attack ads.

While Trump’s support is expanding among Republicans, some party adherents expressed fear about the candidate’s potential to actually become president. Per the New York Times:

While Republican voters were most likely to say they were excited (24 percent) or optimistic (41 percent), a full one-third of Republicans say they are concerned or scared about Mr. Trump. [Hillary] Clinton’s base views her potential presidency more favorably than does Mr. Trump’s. Twenty-two percent of Democratic voters are excited and 54 percent are optimistic, while only 23 percent said they were concerned or scared.

The results of the poll in its entirety were released Thursday evening.