The new suit, filed by employees, is the third in as many years—and McQueen isn't the only house with these issues 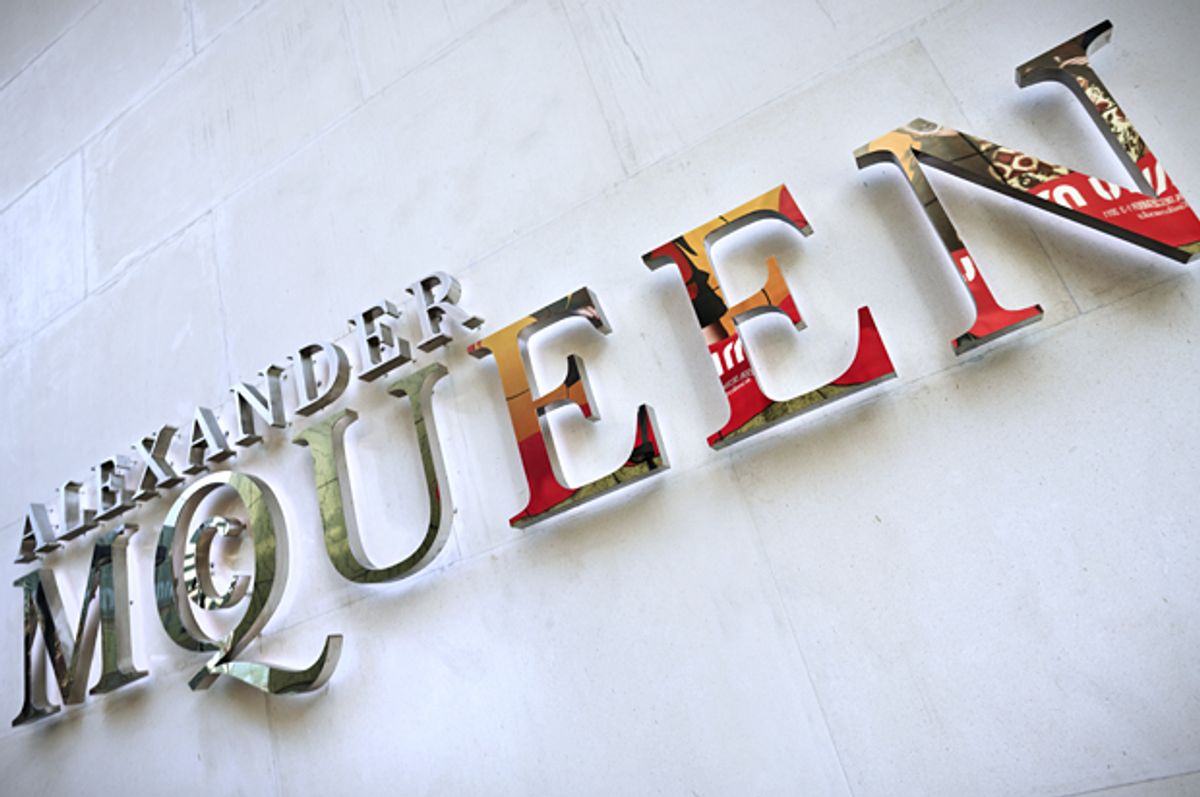 The last thing you should do in fashion is repeat yourself — especially when it comes to lawsuits. But if it feels like Alexander McQueen and its brand owner Kering Americas Inc. are experiencing a corporate attack of deja vu, it's not your imagination. Late last week week the fashion house became the subject of a racial discrimination lawsuit — its third in as many years.

The plaintiffs — inventory supervisor Christopher Policard and inventory clerk Duane Davis — charge that the company "systematically rejects African-American job applicants who seek positions on the sales floor where they can be seen by customers or positions where they might have authority over white employees, relegating the few African-Americans who are hired to menial positions behind the scenes." The suit also contends that the two men have been left in view of customers when "Kering searches them for theft… White employees, on the other hand, are screened for theft after closing and in private," and claims they have been "falsely accused of theft without evidence."

More damningly, the men contend that been forced to do "heavy labor… and other menial, demeaning tasks that white employees are not asked to deal with," and that since they issued a complaint in September their supervisors have taken "no steps were taken to address the discriminatory mistreatment and it continued unabated or worsened," and that they set on "a course of action designed to denigrate, punish and retaliate against them for making their complaint, intimidate them into withdrawing it or force them to leave the company."

Back in 2013, Othman Ibela, a security guard at the company's downtown store, filed a suit that claimed a store sales clerk "repeatedly made jokes about me running nude in Africa with a spear in my hand" and that store manager Catherine Flynn mocked his why Gabonese accent and asked him why "Muslims were always killing people." (Flynn has also been named in this new lawsuit as well.) Also in 2013, the company was hit with a suit from former saleswoman Moselle Blanco, who claimed that during her decade with the company her boss called her "burrito face," "taco smoke" and "Goya princess," and told her "She had greasy hands like a Mexican and that he did not want any product to 'get messy.'"  She claimed she was fired on untrue accusations of inappropriate behavior after she complained, and her suit revealed that two other employees — including Ibela — had been fired after they complained of discrimination as well.

As ThinkProgress notes, the accusations of racism against McQueen are not unusual in the industry. A 2003 lawsuit against Abercrombie & Fitch ended in a $40 million settlement "to rejected applicants and employees who experienced discrimination," as well as the creation of the post Vice President for Diversity.  Earlier this year, ready-to-wear chain Zara was hit a $40 million suit from former general counsel Ian Jack Miller and others — including the director of expansion for North and South American, Moises Costas Rodriguez — over charges of, among other discriminatory behaviors, anti semitism. Miller claims that once his religion became known, "he found himself cut out of crucial meetings and email chains; his annual pay raises were cut from over 15 percent to three percent."  And in 2011, then Dior head John Galliano was fired after an anti semitic rant in which he told he nearby neighbors at a restaurant that "I love Hitler. People like you would be dead today." (He's now at Maison Margiela.) At the time, Dior spokeswoman Natalie Portman spoke out about the incident, saying, "As an individual who is proud to be Jewish, I will not be associated with Mr. Galliano in any way. I hope at the very least, these terrible comments remind us to reflect and act upon combating these still-existing prejudices that are the opposite of all that is beautiful."

If you believe the claims of the people who've brought lawsuits against the fashion industry brands, it's hard not to notice the hypocrisy -- like a designer who makes an anti-semitic remarks with seemingly no sense of connection to the fact that the company was being represented by a Jewish woman. Or one that attires powerful women like Michele Obama but reportedly mistreats its own black employees. Ibela told the New York Post in 2013 that African American customers were routinely ignored, but "When Beyoncé came in, everyone wanted to help." It's a kind of selective racial blindness. And attorney Eric Baum, who is representing Policard and Davis, told WWD recently, “Since 2013 the Alexander McQueen and Kering organizations have been on notice of racial discrimination claims but apparently have done very little if anything to fix the problem. The mistreatment of our clients shows that they have failed in this endeavor."