Did fan fury prompt a change in direction for "Game of Thrones"?

A show director says the criticism did "influence" the coming season 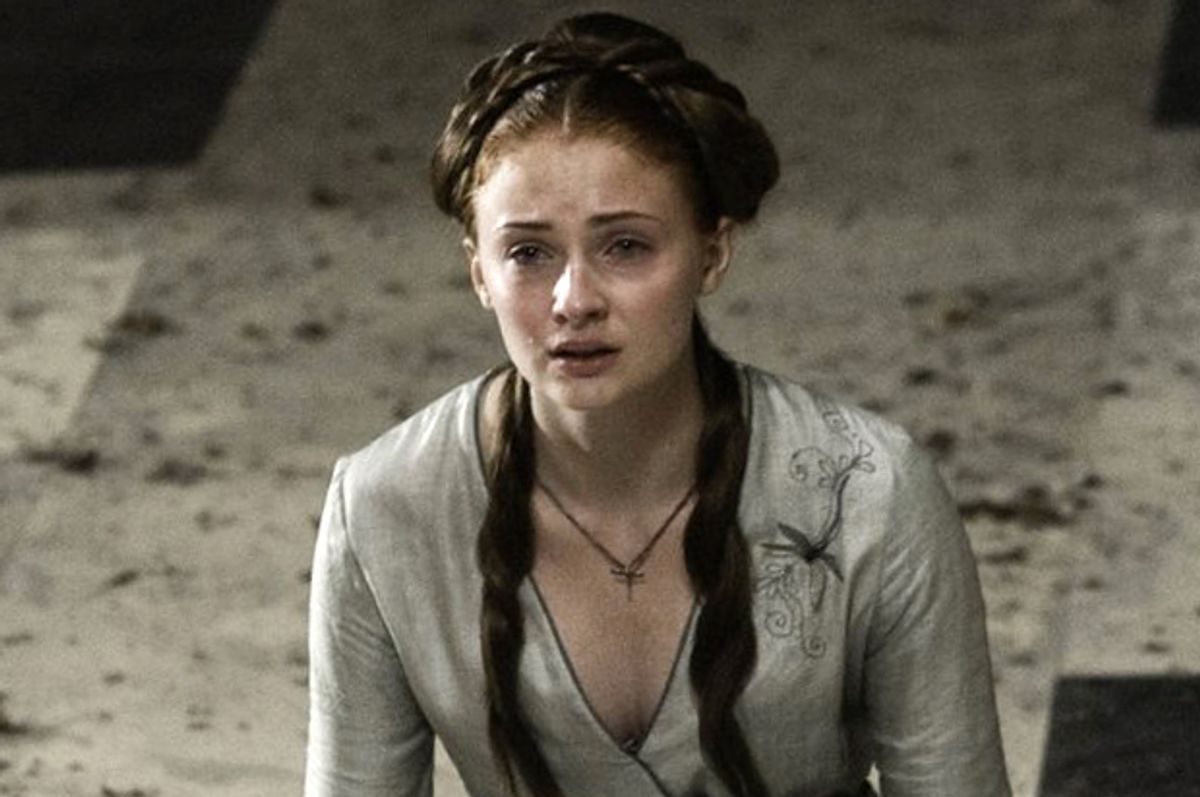 Actress Sophie Turner has admitted she "kinda loved" that pivotal, polarizing scene. But earlier this year, when "Game of Thrones" character Sansa Stark was brutally raped by her new husband Ramsay Bolton on their wedding night — while her childhood friend and another of Bolton's victims, Theon Greyjoy, was forced to watch — plenty of viewers strongly felt otherwise. "Ok, I'm done Game of Thrones," tweeted Missouri Senator Claire McCaskill. "Gratuitous rape scene disgusting and unacceptable." The Mary Sue similarly dealt itself out, with a EFF THIS NOISE May post in which it explained, "There’s only so many times you can be disgusted with something you love before you literally can’t bring yourself to look at it anymore." But now, director Jeremy Podeswa, who helmed two episodes of the fifth season — including that contentious sexual assault — as well as the first two for the forthcoming season six, says the show has heard and heeded its viewers. Could Westeros be getting a little less brutal?

Forbes reports that during a recent breakfast briefing at Fox Studios Australia in Sydney, Podeswa said that "It is important that [the show's producers] not self-censor. The show depicts a brutal world where horrible things happen. They did not want to be too overly influenced by that [criticism] but they did absorb and take it in and it did influence them in a way." And he said show creators Dan Weiss and David Benioff "were responsive to the discussion and there were a couple of things that changed as a result." Looking back now, Podeswa says, "It was a difficult and brutal scene and we knew it was going to be challenging for the audience. But it was very important to us in the execution that it would not be exploited in any way. To be fair, the criticism was the notion of it, not the execution. It was handled as sensitively as it could possibly be; you hardly see anything. I welcomed the discussion about the depiction of violence on television and how it could be used as a narrative tool sometimes and the questionable nature of that. We were aware ahead of time that it was going to be disturbing but we did not expect there would be people in Congress talking about it."

Yet it wasn't explicitness that caused the furor over the scene. In fact, much of the criticism was about where the camera seemingly discreetly went instead — not to the terrified Sansa, but the traumatized face of Theon. As Vanity Fair asked at the time, "Was it really important to make that scene about Theon’s pain?" And as our Sonia Saryia put it, "The scene in 'Unbowed, Unbent, Unbroken' undercuts Sansa’s agency in what is happening to her.… She is maintaining her own composure; she is owning her own dreadful choice, insofar as anything she can do in this terrible situation is a choice. But then the scene stops depicting her. Her sobs become the score for someone else’s story." Taking a scene in which a woman is raped and turning into a pivotal moment for a male — even one who has been tortured and castrated — kind of a WTF choice. (In June, author George RR Martin told Entertainment Weekly, "Rape, unfortunately, is still a part of war today. It’s not a strong testament to the human race, but I don’t think we should pretend it doesn’t exist.")

More significantly, the backlash about Sansa's rape wasn't about one shocking moment. This is a show that has wedding party massacres and burns little girls at the stake and even already gave us a wedding night rape — that quickly turned in to true love — early in the first season. An episode without an "OH HELL NO" moment would hardly be "Game of Thrones" at all. The issue with the Sansa episode was that it was a tipping point, a moment in which the horror of the act seemed — yet again — eclipsed by the context in which it happened. A season earlier, the show used Jamie Lannister's rape of his sister and lover Cersei as a moment of warped seduction — one that the episode's director Alex Graves explained with the rationalization that "Anything for them ultimately results in a turn-on, especially a power struggle." And though Martin may claim the show is mean to depict rape as a horrifying but inevitable consequence of war, too often it's appeared instead as a convenient plot point. So what happens next? Can "GoT" win back fans who maxed out on its fondness for sexual assault — especially when astute fans have pointed out there is so much yet to come from the books?  Let's hope so. You can be true to the world your characters inhabit without making cheap exploitation of them. And Podeswa promises, "Stuff of consequence happens, and the first two episodes are really strong."