Had your fill of the cineplex last weekend? Settle down at home with these underrated gems [UPDATED] 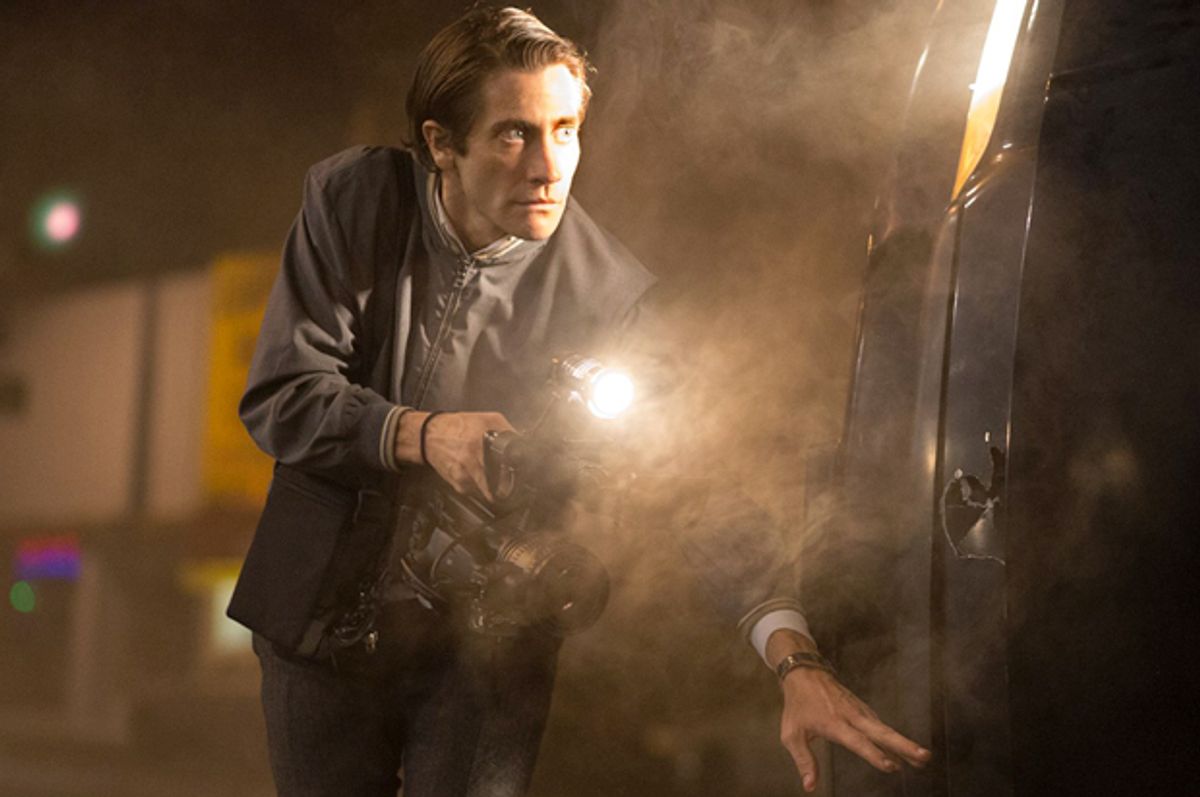 The holiday season means getting together with family members who may not share your political views, and watching a movie together is one way to get the bickering to stop. As it happens, that’s my normal: My everyday viewing household consists of a large white Republican whose preferred genre in all things is “war”; and a vegetarian, philosophically minded teenage boy who plays Dungeons & Dragons and rows varsity crew. It's tricky finding a film that we all enjoy, but I'm the most difficult to please.

A cinematic narcoleptic, I routinely fall asleep at the movies. My personal rating system is based on how far I’m into the story before I start to doze off. I fell asleep during every installment of the “Iron Man,” “Hunger Games,” and the “Avengers” franchises. By contrast, I stayed awake all the way through both “Star Trek” reboots with Chris Pine as Kirk, unexpectedly loved “Guardians of the Galaxy,” and mostly stayed awake for the James Bond films with Daniel Craig in the lead. (The exception was “Quantum of Solace,” which put me soundly to sleep by the Opera scene.)

So while “Mad Max: Fury Road,” is on a lot of top 10 lists of 2015 at No. 1, and caps the Rotten Tomatoes list as the top reviewed film of the year, I fell asleep through that one too, though the original “Mad Max” with young Mel is a film I still occasionally rewatch. Yell at me for Not Understanding the Themes or being a silly liberal [unprintable], but here is the thing: the hawkish man and hippie boy in my household agree. They were underwhelmed and kind of bored by “Fury Road.” And by “Star Wars: The Force Awakens,” too. Too many special effects and not enough original story.

Given the disparities between what all three of us loved and what makes the “Best of” and “Top 10” lists, there seems to be a critical gap between what gets aggressively marketed, and what average viewers end up recommending to their friends. I get that there are serious, arty films engineered for critical raves, and then there are the popcorn summer films designed purely to entertain. But “thought-provoking” and “compulsively watchable” don’t have to be mutually exclusive goals. One film that my household loves is “Snowpiercer.“ Technically, it’s a foreign film because it was made in Korea, but the dialogue is mostly in American English, and Captain America and Tilda Swinton play the leads, so it scans as a Hollywood film. The point being that I’ve made the men in my household watch indie and foreign-ish films for so long they no longer protest, because they’ve turned out to be engrossing and memorable. (And if they also happen to have Strong Female Protagonists and, hey, maybe a lot of brown people with speaking roles, I don't have a problem with this.)

Here are the five films/DVDs of 2015 that made the bipartisan No-Snooze list.

“Spare Parts,” 2015. Underdog stories are always compelling, but this one resonates because it’s based on a true story. Held together with a shoestring budget and looking too much like an afterschool special, the film partakes of the same earnest, MacGyverish ethos of its heroes--a quartet of impoverished, undocumented high school kids who end up competing in an underwater robotics competition against MIT college students. Inform your Trump-loving uncle that Marisa Tomei is one of the leads and don’t tell him anything else. By the end, I’ll bet Uncle Trump will be rooting for those “illegals” to win.

“Cop Car,” 2015. For fans of the TV series “Fargo,” this tense, anti-nostalgia film will help fill the void. Starring Kevin Bacon, this film gives us a crooked white cop, a pair of boys with too much time on their hands, and an empty rural landscape, and then it puts loaded weapons—a car and a gun-- in the hands of children who have no idea what they’re doing with them. “Cop Car” has the feel of a potential classic that didn’t quite reach greatness, but given how politically charged the topics of police corruption and gun control currently are, it’s noteworthy that this film explores both subjects without pushing an agenda, and lets the bleak landscape serve as a metaphor for the flat-lined condition of a dying American dream.

“Nightcrawler,” 2014/ DVD 2015. None of us expected to enjoy this one, and we ended up talking about it for days. A neo-noir thriller starring Jake Gyllenhall as a sociopathic freelance cameraman who starts manipulating crime scenes for better ratings, “Nightcrawler” is a mesmerizing critique of the news industry as well as a subversive tale of How To Succeed at Business by Really, Really Trying. This film will please conservatives, who will find the lamestream media indicted here, as well as liberals who condemn predatory capitalism for having no boundaries, and no morals. The teenager liked it because it was honest about the difficulties of getting a decent job in a crap economy, while de-glamorizing the media.

“The Homesman,” 2014/DVD 2015. Billed as a feminist revisionist western, it’s got Hilary Swank playing a self-sufficient landowner who takes on the task of returning four madwomen back to civilization. The film takes risks, and it falls more than once, but its mistakes were really interesting, and the man and the boy didn’t care that it fell apart by the end. Not for the faint of heart, because the violence operates at a human level, and for that reason is truly disturbing. Translation: Men like this film because it refuses to romanticize the difficulties of surviving on the frontier, and women like it because it takes emotional pain seriously.

“What We Do in the Shadows,” released in the US in 2015. I am a fan of vampire cheese and the boy loves “Flight of the Conchords,” so the two of us went in expecting to adore “What We Do in the Shadows,” a New Zealand indie starring “Conchords'” Jemaine Clement. However, we also figured the Stan Smith in our household would hate it, because he neither enjoys vampires nor comedies. Well, we were wrong. Clever, satirical—biting, even!--and very funny, this mockumentary is the film to watch when you want to laugh at everything, including political correctness.