After spending 2 years in solitude, I know something about loneliness. So why is New Year's still so rough?

New Year's is our most existential holiday, marking only the passage of time. It's a hard & sad thing to face alone 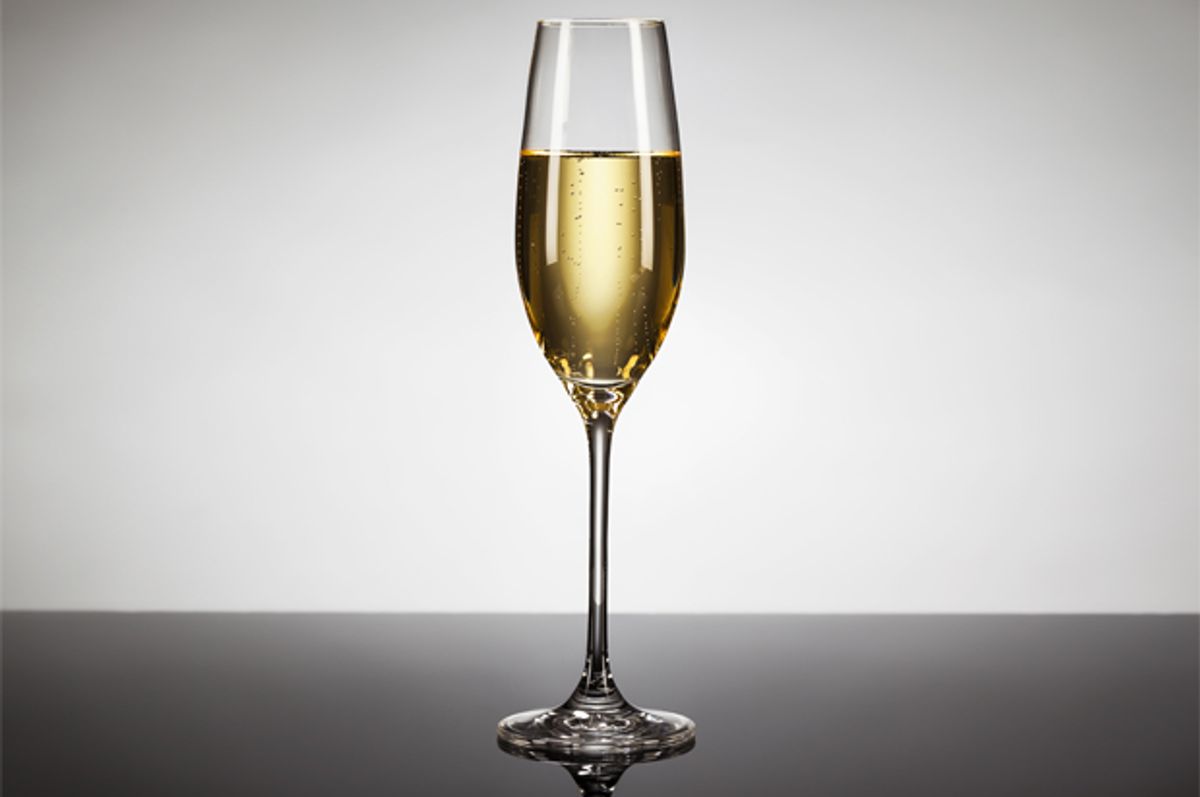 More than half of Americans over the age of 16 are single, myself included, and New Year’s can be rough on us.  We tend to fear the cozily smug parties of the dating and the doting, to flinch at the mass kissing migration at midnight, and, should we muster the self-respect or self-loathing simply to stay home, we have to block our ears against the siren call of doubly shaming romantic comedies—shame on us for watching them, shame on us that no soul mate is racing down a snowy city street or through a crowded airport to declare his or her abiding, charmingly articulated love.

But 4,000 years ago, in its earliest recorded incarnation, New Year’s was likely easier on singles. For the ancient Babylonians of Mesopotamia, New Year’s was a spring holiday, begun on the first full moon following the vernal equinox, and comprised 11 days of religious and political rituals. Parades, a quieter and less pneumatic version of the Macy’s Thanksgiving Day parade, featured statues of the gods, and rites reenacted their victory over the forces of darkness. On the political front, one ritual demanded that the king be stripped of his crown, and slapped and dragged by his ears; if he cried, legend had it, the sky god, Marduk, would be pleased and would extend the king’s rule.

The Babylonians’ New Year’s, like ours today, celebrated the passage of time, but it celebrated communal time rather than individual time—time as determined by the interrelatedness of astronomy, agriculture, religion and politics, not time as determined by personal resolutions kept or abandoned, nor by goals, romantic or otherwise, achieved or fallen short of.

Though it may be difficult to appreciate, the one vestige of ancient communal time we still celebrate on New Year’s is the astronomical. Granted, the holiday no longer corresponds to a particular astronomical event like the vernal equinox.  (In 46 BC, Julius Caesar, with an unlikely combination of poetry and authority, moved the holiday to Jan. 1, in honor of the two-headed god Janus, who looks both forward and backward.)  But what we are still celebrating on New Year’s — beneath the current cultural overlay of holiday sales, top 10 lists, self-improvement resolutions, and a kind of collective couples’ anniversary — is simply another circuit of the earth around the sun. Of course, the Babylonians didn’t recognize a year’s passage as such, but the gist is the same. We’ve made it through another year. The planet is still here.  And, thank Marduk, we’re still on it.

Which brings me back to the cultural phenomenon of New Year’s loneliness. No holiday is particularly easy if you’re lacking for love, but the others, at least, come with socially inclusive buffers: religious ceremonies, historical pomp and circumstance, and, for better or worse, family traditions.  But New Year’s has become our most existential holiday, one that now marks nothing but the yearly anniversary of a yearly anniversary, nothing but the passage of time itself. So perhaps New Year’s loneliness isn’t just a result of watching too many romantic comedies, or not watching too many couples kissing as the ball drops. Perhaps it’s a glimpse of something existential in scope, something not merely socially constructed.

Here’s where I pause to flash my loneliness credentials, to establish that what I will say next comes from experience. From the fall of 1999 to the late spring of 2001, I lived in solitude in a ramshackle house in the woods of northern Vermont, at the dead end of an unmaintained dirt road. I had no computer, no television and no cellphone. I often went weeks without seeing or speaking to another human being. At dinner, my jaw would be sore as I ate, because my jaw muscles hadn’t been used to speak. Every two weeks or so, if the road was passable, I’d make the drive into the nearby town to buy groceries, saying little more than “thank you” to the cashier, which would feel like a heart-to-heart.

My reasons for living this way aren’t pertinent here, but suffice to say I had a chance to observe my loneliness in slow motion, to sink down through its usually blurry taxonomy, to feel the particular texture of each of its constituent layers. What was most intense initially, but lasted only a week or two, was the loneliness of missing out. Awakened that first fall by the rain hammering on the tarpaper roof, I’d wonder: Where are my friends right now? What have I done in turning my back on them?  What memories are being made without me?

This, really, was just a hermit’s version of FOMO (fear of missing out).  Indeed, FOMO is so widely recognized (and felt) that it has been used to sell all manner of things, from a search engine in Australia to an app to watch hockey games in the U.S.  It’s a loneliness of social anxiety, heightened at New Year’s, one likely rooted in the survival instinct not to be separated from the group; indeed, the fear is less of missing out than of being excluded, even if, as in my case, you’ve chosen to exclude yourself.

The second level of loneliness I encountered, one that deepened as the snow kept falling that first winter, was the fear that I was missing out on my own life, that my own life, somehow, was going on somewhere without me. I was 25 at the time, and imagined this other life like a chalk outline of a crime scene, a certain space of air that was moving through my hometown, and still in a relationship with the woman who’d broken my heart. It was a kind of envy of my former life, a life that no longer seemed possible.

This level of loneliness often strikes singles on New Year’s, too — especially if we’re fresh on the heels of a major breakup or divorce.  Whether or not the split is ultimately for the better, we’re stuck with the loneliness not just of the love we’ve lost but also of the narrative we’ve lost, that reliable architecture for understanding our own lives.  As New Year’s tends to be the holiday for rereading (aloud or to ourselves) that narrative, singles can experience the disorienting loneliness of feeling that we’re no longer a part of a story at all, at least not one we can be proud of.

By the end of my first winter in the woods, though, I no longer worried about what my friends were doing, no longer feared my life was happening somewhere else. My narrative might have been a strange one, but it was mine — and it offered its own consolations, its own share of beauty. Snowshoeing up into the trees after a nor’easter, the morning penitent and windless, the sky newly blue. Shoveling the roof at night under a full moon, the meadow luminous, as though lit from within. And it was beauty, ultimately, that brought me to the deepest level of loneliness.  Which was the impulse, the need, really, to share this beauty — with its joy, its sadness and its mystery — with someone else.

That’s the part of New Year’s loneliness that strikes deepest, I think, the part that corresponds to the essence of the holiday itself. Earth has made another glorious journey around the sun. And we’re still on it. What are we to do with being human? We’re alone, like everyone else on the planet, with our particular perceptions, with the parts of ourselves we understand and those we don’t. Time is passing. Which is a hard and joyous thing to face communally, like the ancient Babylonians, but a hard and sad thing to face alone. Perhaps New Year’s, more than any other holiday, is a helpful reminder, “Earth’s the right place,” as that curmudgeon Robert Frost wrote, “for love.”

Howard Axelrod is the author of "The Point of Vanishing: A Memoir of Two Years in Solitude."