"My career and life do not deserve to be taken away": A comedian responds to abuse allegations from women — and makes it all about him 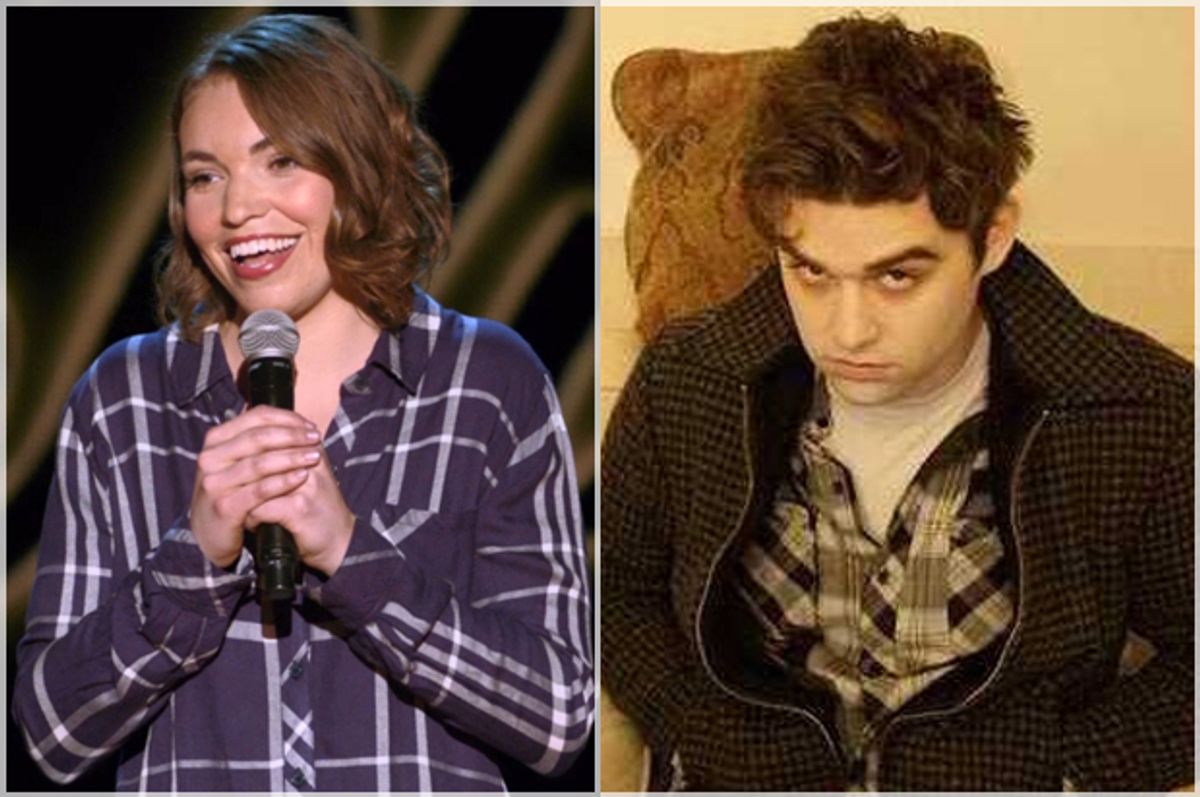 Cale Hartmann is back on social media, everybody. Of course, odds are good you didn't know he was gone. Odds are good you don't know who he is. But in late December, when comic Beth Stelling posted a candid and intense message on Instagram that her unnamed ex-boyfriend had physically and sexually abused her, it didn't escape people's attention that fellow comic Hartmann had made a quiet and hasty retreat. But now he's back, with his own spin on recent events — and just in time for another woman to come forward with a similar story.

Stelling's story — and her compelling set of photos of her limbs covered in bruises — garnered an outpouring of support from the online community, including high profile fans Patton Oswalt, Kumail Nanjiani, Rachel Bloom and Megan Amram. It also attracted plenty of conversation about the abuser's identity — and some pointed wishes for very bad things to happen to him. Lennox Lewis helpfully asked, "Just point him out!" and Stelling's current partner, comic Sam Morril, obliged. Hartmann might, at that point, have chosen to keep a low profile. But he's a guy whose job depends on being in the spotlight. So in a long and often baffling recent Facebook post, he offered his side of the story:

"It is unfortunate that today it's becoming more and more the norm for an accusation to be taken as fact and the sentence carried out immediately by the anonymous public. I was incredibly hurt to see my ex-girlfriend had made public accusations across all of her social media platforms that tell a story so far beyond the truth," he wrote. "The severity of her accusations are false and extremely harmful. I'm not sure she realizes the irreparable harm of her actions." He went on to add, "My career and life do not deserve to be taken away without some basic level of due process just because of an allegation on the Internet. She is being praised and lauded to no end while people take joy in destroying me as the new villain of the week. How would that make you feel?"

It's a strange way of framing the conversation — what does it mean to say that "The severity of her accusations" — not the accusations themselves — "are false"? Why does he say he deserves some form of due process without coming out and precisely what he did not or did do? And why does he seem to conspicuously ignore that Stelling pointedly did not name him, that she said, "I don't want revenge or to hurt him now, but it's unhealthy to keep this inside because my stand-up is pulled directly from my life"? As one of the largely unsympathetic group of commenters noted, "Any chance you had to gain sympathy ended when the first line mentioned 'my career.'" Or, as another observed, "Seems like a lot of words...none of which are 'I didn't do it.'"

Hartmann's He Said She Said tale then took another twist away from his direction after Corey Podell and Courtney Pauroso called "an emergency recording session" of their podcast over the weekend. During the show, Pauroso spoke of Stelling's recent admission and acknowledged that Stelling "references me because her abuser is my ex-boyfriend." In her Instagram post, Stelling had said that "An ex-girlfriend of this ex-boyfriend came to me and shared that she experienced the same fate. Then there was another and another (men and women) who shared other injustices at his hand that… shattered my belief that I was an exception. I am not alone; unfortunately I'm in a line of smart, funny women who experienced this from the same man in our L.A. comedy community."

Sounding clearly emotional, Pauroso acknowledged, "It's a scary thing to do… but I want to back up Beth, who did a really scary thing, and I also want to tell my story… What happened to Beth, not exactly the same thing, but it happened to me too — I guess the worst of it being that when I was trying to break up with this person on September 4, 2014, he raped me. And I left the next morning. I left. I ran away, and have been trying to deal with my life since that moment… This was a relationship that was verbally and emotionally abusive for three years… I just want to back Beth up." On Twitter Sunday, Stelling wrote, "When we share, it gives others the strength to & the full picture comes into focus. Courtney and I are intertwined." She did not acknowledge Hartmann's post.

To be accused of abuse is a serious thing, and for Hartmann to be identified as Stelling's ex has no doubt had an immediate negative effect. It's important to note he has not been charged with a crime. But it's also important to note that accusers have thus far taken pains to share their stories while keeping his name out of the discourse. And it's certainly consistent with Stelling's account of events that she said in her post that "After I broke up with him he said, 'You're very open and honest in your stand-up, and I just ask that you consider me when you talk about your ex because everyone knows who you're talking about," and that now Hartmann seems primarily concerned about exactly what he "deserves" here. But based on the response he's received so far, it looks what comes next for his career will be entirely what he deserves.