Of course Ethan Couch took his dog when he fled to Mexico: Why start being responsible now? 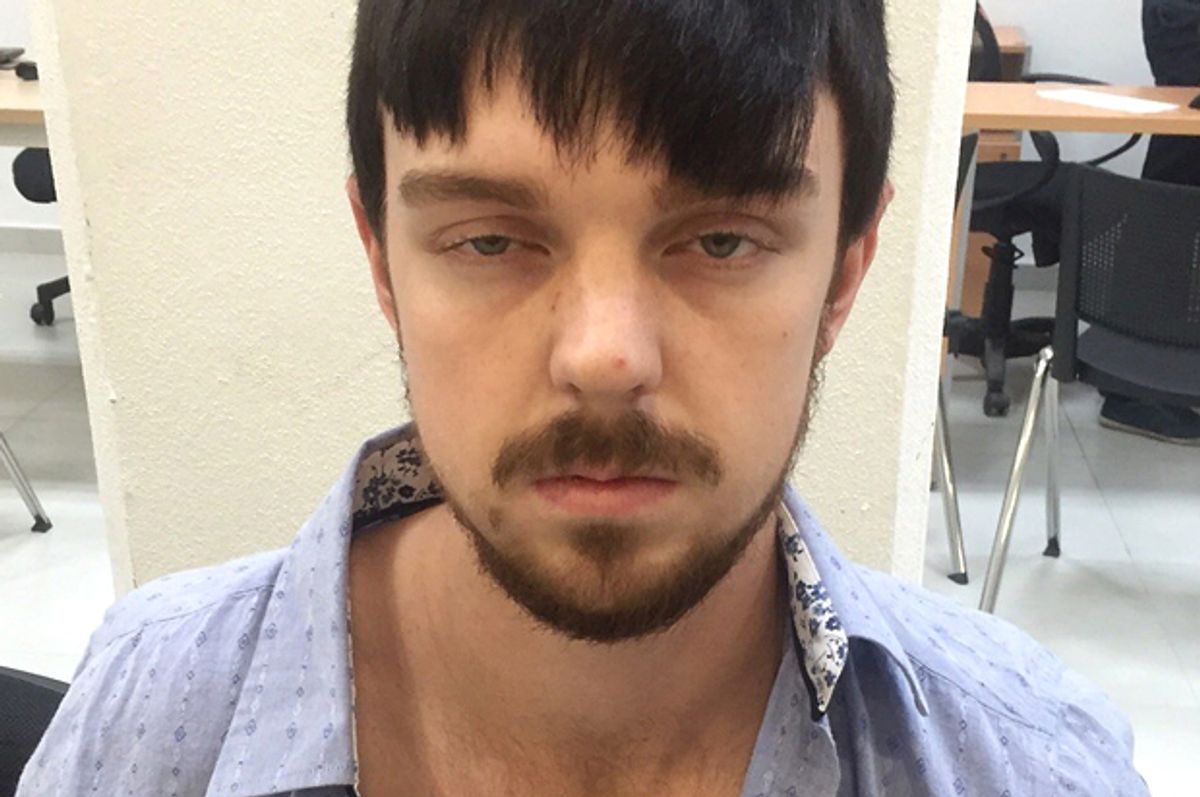 Turns out there's at least one member of Ethan Couch's family deserving of some sympathy. So spare a kind thought today for poor Virgil, Couch's reportedly now missing dog.

Though the specifics of the journey that took notorious "affluenza" teen Ethan Couch and his mother Tonya last month from Texas — where the younger Couch was on probation for a 2013 drunk driving accident that left four people dead — to Puerto Vallarta, are still vague, one detail of their life on the lam has begun to emerge. It seems they brought the dog.

Last month the New York Times reported that Couch and his mother had "held a kind of farewell celebration with friends" before they disappeared. Then, after Couch and his mom were picked up in Mexico late last month, the Dallas Morning News reported that Marina Meza, a hotel employee Los Tules resort where the two were staying, "just felt something wasn’t completely right" with the family while they were there. And she noted they were with their canine. "The boy walked in and asked if we had rooms available and whether their dog was allowed," she recalled. The CBS local Dallas news similarly reported that "A pet dog helped the pair avoid deportation at first. The Couches claimed it was wrongfully taken from them and therefore their arrest, they claimed, was unlawful."

Tonya Couch was arraigned in Texas on Friday, while her son is still currently fighting deportation in Mexico. Earlier this week, her attorney, Stephanie Patten, told WFAA that "Her two main concerns remain about her son Ethan, and how he is doing in Mexico... and her dog, Virgil."

The Star-Telegram says that Virgil "appears to be a Saarloos wolfdog — a female European wolf and a male German shepherd hybrid," and that a relative of the Couch family, Misty McWilliams, posted a notice on the Puerto Vallarta SPCA Facebook page on Monday with a photo of the dog and an offer of a $1,000 reward. The notice says the dog went missing near Colombia street — the street where Couch and his mom were picked up in December. A spokesman for the Jalisco fiscal office tells the Dallas Morning News that "The dog was never in our possession, so I cannot deny or confirm that the dog was there. This is also a mystery to us."

In the scheme of Couch's — and his mother's — irresponsible acts, nothing comes close to Couch getting behind the wheel and leaving four people dead and two seriously injured. But these latest developments do offer a little extra insight into the mindset of these two. They seem to have set off with no apparent thought of what would happen to the animal Mrs. Couch claims to be so concerned for if they were apprehended. Was it a particular kind of ego, that they assumed they wouldn't be caught? A neediness that decided what they wanted trumped what would be best for the welfare of the animal? Or was it more likely that they just didn't think at all, about the consequences of their actions, and who might get hurt?