Beyond "The Man Who Fell to Earth": Coming of age with David Bowie's films

As a teen, I sought out his movies, starting a lifelong obsession with his starring roles and cameos alike 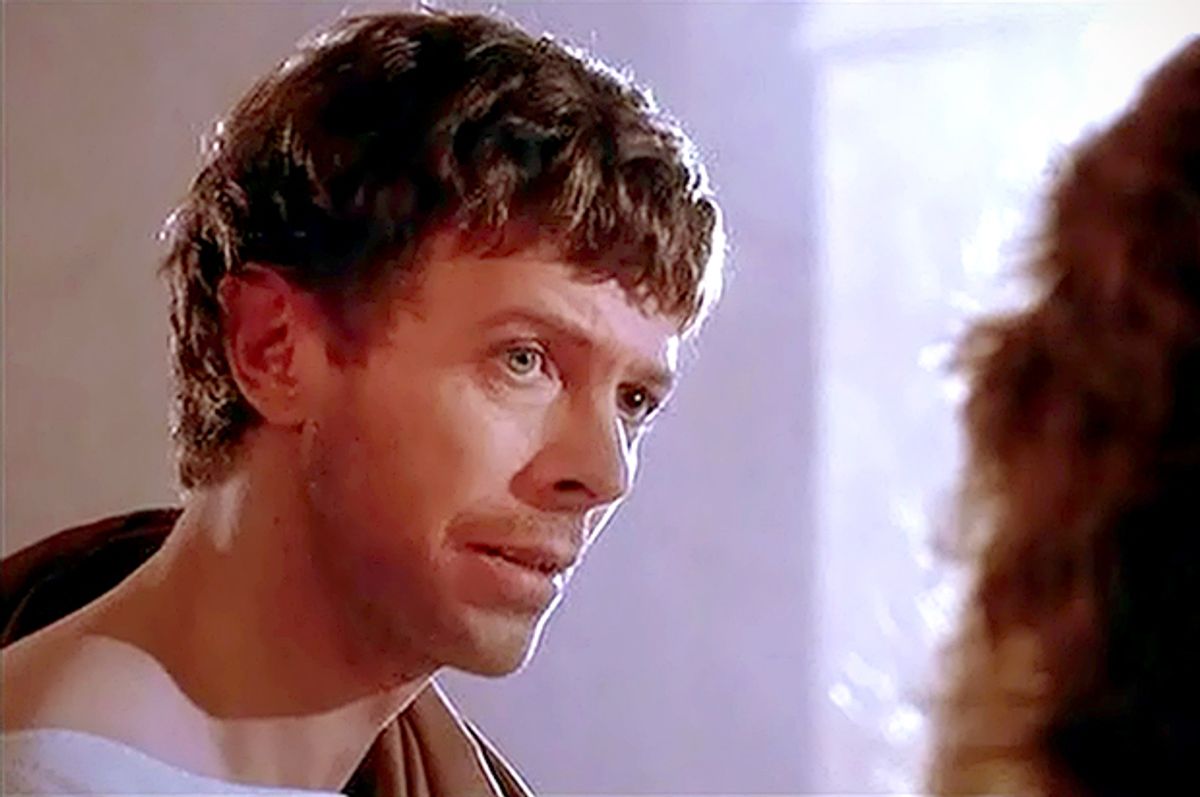 I have always thought of David Bowie as immortal. At least, that’s the impression I got from seeing him on screen. It’s likely that I first encountered Bowie on MTV, where his surreal, ethereal video, “Ashes to Ashes,” received frequent airplay. At the time (c. 1980), I found Bowie’s music pleasurable—and the soundtrack to “Cat People” was forever on our basement turntable—but his visual representation was what intrigued me, what attracted me most.

Who was this David Bowie? Yes, he was Ziggy Stardust, and The Thin White Duke. But in his non-musical performances, the screen captured his enigmatic posturing, his sexual allure. I wanted to understand what it was about Bowie that made him so mesmerizing.

I first sought out Bowie in “Just a Gigolo,” a film that played periodically on cable when I was a tween. There was something risky and possibly naughty about this film chronicling the experiences of a Prussian male prostitute that made me seek it out. The tall, angular Bowie cut a very dashing figure. The camera emphasized his silent visage that was impassive, mysterious, and sexy all at once. I couldn’t take my eyes off him, even though his performance was a bit mannered (even in his scenes with Marlene Dietrich). Ultimately, “Just a Gigolo” was a muddled and unsatisfying film; it lacked the eroticism I expected from the title and from casting Bowie as its star.

“Listen, you were disappointed, and you weren't even in it,” said Bowie about the film to NME reporter Angus MacKinnon. So, really, I can’t be that upset.

Luckily, his films “The Hunger” and “Merry Christmas, Mr. Lawrence” were released shortly thereafter. They gave me ample opportunities to scrutinize Bowie. “The Hunger” may have been a silly, overly art-directed, and fairly bloody vampire film. It was most notable for the soft-core sex scene between Catherine Deneuve and Susan Sarandon. But Bowie performs well as John Baylock, who suffers from advanced aging. His shower scene with Deneuve—their wet bodies, hungry mouths and caressing hands were as sensual as the film’s billowing sheer curtains. There was also something poignant about Baylock’s rapid aging and eventual “living death.” The scene of a decrepit Bowie being put in a coffin is perhaps more unsettling today than it was at the time if only because Bowie always seemed so timeless on screen.

In real life, it’s still hard to believe he has died.

“Merry Christmas, Mr. Lawrence” was another taboo film my high school friends and I were anxious to see. It was a POW drama with surrealistic flourishes and homosexuality. The film went way over my teenage head when I saw it, but the images were indelible, most notably, the one of Bowie, a New Zealand POW, buried in the sand up to his bleached-blond head. One of the key dramatic scenes involved the “forbidden kiss.” Bowie’s character, Celliers, gets beaten up after kissing Yonoi (Ryuichi Sakamoto), who is fixated on him. Celliers’ behavior—offending Yonoi—may have been the focus, but I was transfixed by how striking Bowie was; he had a kind of aura about him that made me understand why he was so desirable, even if there were consequences.

On screen, Bowie was often impressive in his cameo roles. His turn as an affable assassin enlivened John Landis’ plodding “Into the Night” in 1985. It was fun to see the singer loosen up and threaten Jeff Goldblum with a gun, or create bedlam in a fight scene. Here Bowie showed his playful side. I wish the film followed his character, not Goldblum’s.

Bowie also had a brief but memorable turn in “The Last Temptation of Christ,” a film I crossed picket lines to see on the day it was released. Again, Bowie’s commitment to a controversial project was part of the draw. The actor acquits himself well in his role as Pontius Pilate; it was not merely stunt casting. In his pivotal scene, Bowie’s arch discussion with Jesus (Willem Dafoe) illuminates the ethical points at hand.

And Bowie’s magnetism on screen was his allure. Unlike, say, Mick Jagger, who strutted and swaggered through feature films like “Performance” or later, “Bent,” or was “on display” in the documentary “Cocksucker Blues,” Bowie was often reserved on-screen. He had a mystique that was absolutely fascinating, in part because he was such a chameleon.

Perhaps it was this “shape-shifting” quality that made Bowie perfect for playing Andy Warhol in the hagiography that was “Basquiat.” Easily my favorite screen role of Bowie’s, the performer made the best screen Warhol. (Hell, he even had sung about the artist on “Hunky Dory”). Bowie was amusing in his silver wig. (It was so much better than his wild hairdo in “Labyrinth.”) He captured the “Oh, Gee,” and “Wow” affect of Warhol in director Julian Schnabel’s film. But one never forgot it was Bowie as Warhol. That was part of the joke, and why it worked so beautifully. Bowie is very relaxed, very funny at lunch considering Basquiat’s art, or arguing at a dinner party, or trying to create a “piss painting.” Bowie brought Warhol back to life for me in this film. As in his most of his performances, he was appropriately detached, and yet completely inhabited in the part. It worked best here.

Ten years later, Christopher Nolan cast Bowie in another real-life role, as Nikola Tesla in “The Prestige.” But Bowie was older here, and while he exuded charisma, he lacked the sex appeal that made him so beguiling in most of his screen roles.

I’ll miss seeing Bowie on screen. He was always enjoyable, even when he was inscrutable. But deconstructing his appeal was what made him so entrancing.

Allison Reeves, a friend of mine from high school who was enamored with Bowie, captured what it was about his personae that made him so interesting to us. She told me, “Bowie gave me the permission to try different personalities, break conventions, and imagine a life much larger than my little corner of high school.”

I think Bowie had the same effect on me. I watched him because he made me look at the world differently. He always seems not to fit in, which was integral to my effort to stand apart during my formative years. Watching Bowie’s films I kept searching for ways in which I could find a place in a strange world, not unlike his characters often did. Seeing Bowie on screen somehow helped make things acceptable to me.

Of course, the role that Bowie played best and perhaps most famously, was the title character in “The Man Who Fell to Earth.” As Thomas Jerome Newton, a fragile, vulnerable alien who is contaminated and corrupted by his contact with humans, Bowie brought a poignancy to the role. As an alien who “falls” to Earth hoping to bring water back to his arid planet, Newton finds love, sex, sadness, religion, money, alcohol, and jealousy. He reveled in his “outsider perspective,” which was universal to anyone who did not fit in. Which is perhaps what I most related to: someone who was taking it all in, but not quite telling what he thought of it all.