I hear he's "cool as f*uck": After "threatening" Trump in song, Rick Ross has shocking change of tune 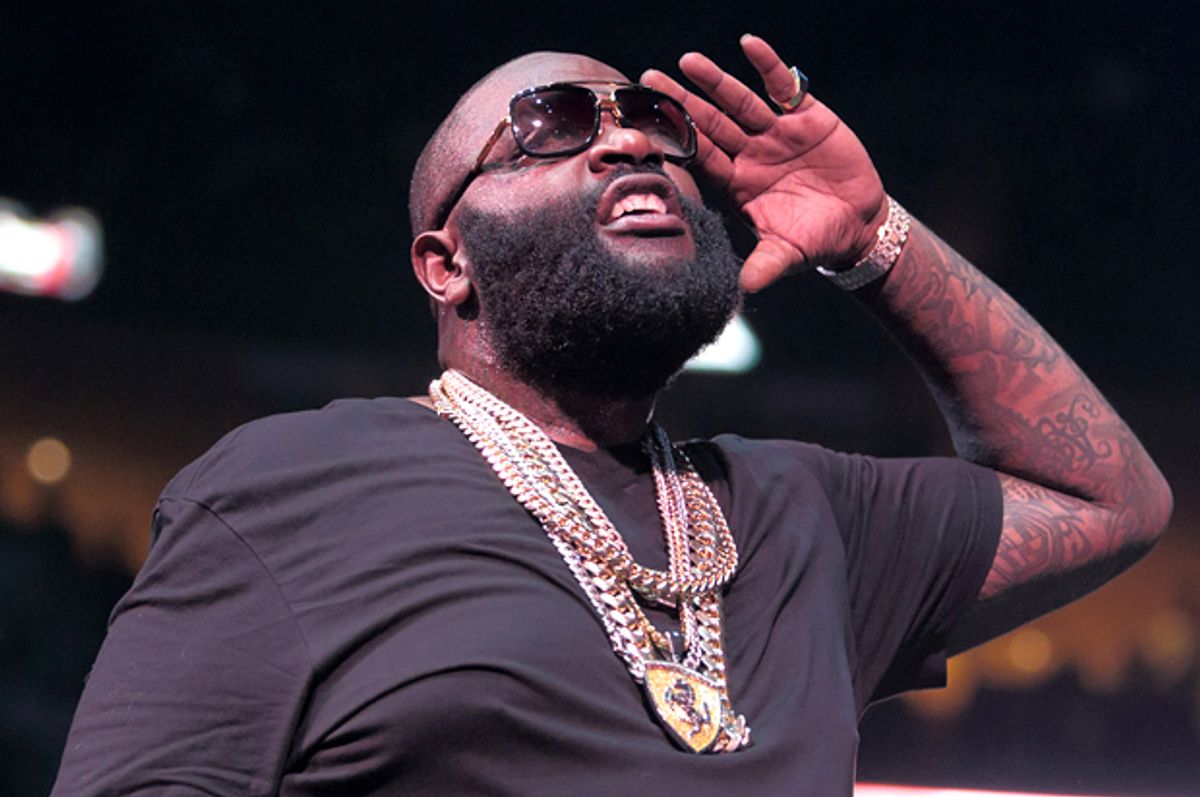 Rick Ross is walking back his boast that he would "assassinate Trump like I'm Zimmerman," on his latest album, “Black Market.”

The hip-hop star, known as the world’s “Biggest Boss,” told Rolling Stone that he said the knock on Trump in the song "“Free Enterprise" was meant more as a “lyrical assassination.” “I would never advocate violence on Trump or anyone,” Ross told the magazine. He further added that his current cameraman used to be the Republican frontrunners golf caddy for over five years, and apparently he says “Trump is cool as fuck.”

“That's me being a poet, putting words together in my art form, with no violence in my heart at all. Clarify that,” Ross told Rolling Stone.

However, not everyone has accepted Ross’ casual “assassination” as just words.  Journalist Mark Dice has reportedly condemned the lyric and complained to Walmart to remove the album from its stores across the country for “inciting terrorist threats” as reported by Vibe. It is also revealed that Dice complained to iTunes, Amazon and Target, but none of the outlets have stopped selling the album.