No, really, you don't want to win the Powerball lottery -- no matter how big the prize

Be careful what you wish for tonight. Seventy percent of lottery winners are financially ruined within seven years 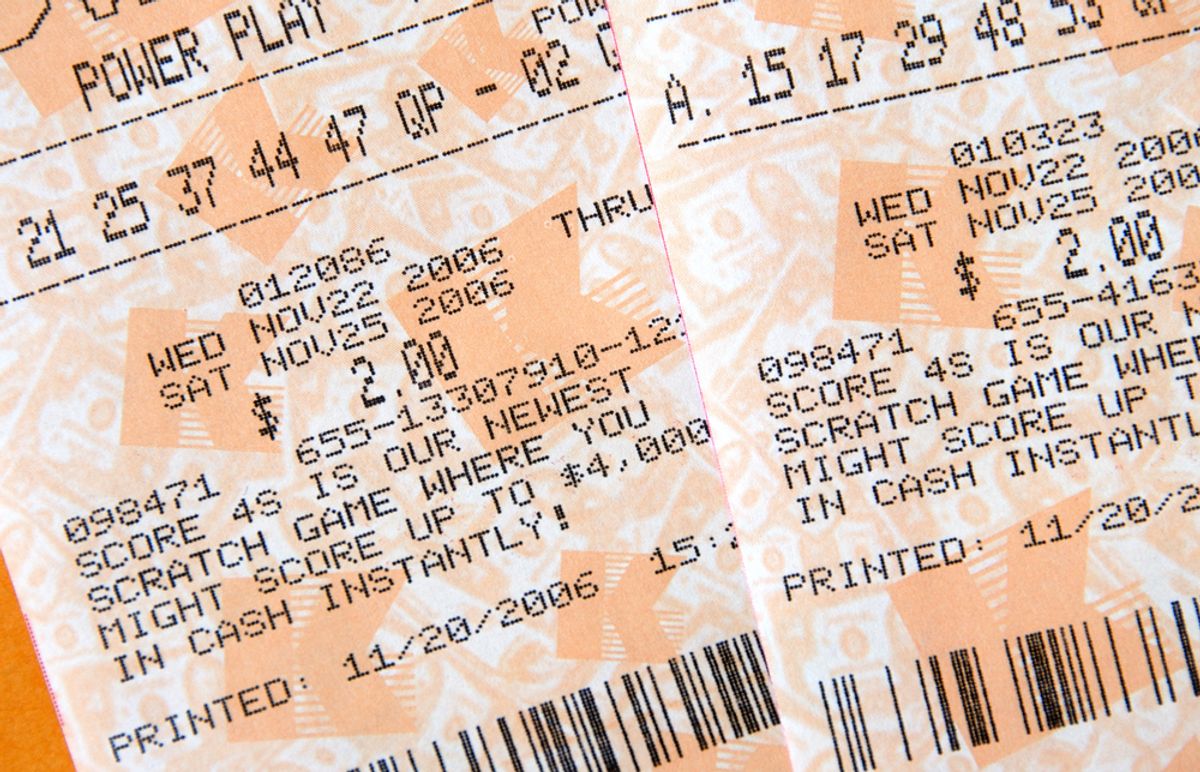 The Powerball pot just hit $1.4 billion—the largest lottery tally not just in U.S. history, but the biggest haul globally. While someone will take home the prize, the chances are better than ever that it will not be you. In fact, right now, odds are placed at 1 in 292.2 million. That means statistically you have a better chance of becoming president than winning. (Though, if you just ratchet up the hate talk and consult with Donald’s Trump team, you might up your shot at a GOP run. Think it over.)

The question is, do you really want to win? Money is nice, but for plenty of lottery winners, all that money sometimes leads to misery, pain and even death. The lottery curse may not be a real thing—anything including the word “curse” usually isn’t—but most jackpot winners end off worse than they started. Nearly 70 percent are financially ruined within seven years of winning, and a troubling number of winners even end up dead.

"Of the thousands of lottery winners I knew, a few were happy and a few lived happily ever after," Edward Ugel, author of Money for Nothing: One Man's Journey Through the Dark Side of Lottery Millions told the Daily Beast. "But you would be blown away to see how many winners wish they'd never won."

CNN looked at the lives of a few lottery winners post-jackpot and the bad luck that befell them after their supposedly lucky break. Sadly, many of their stories shared similar themes of tragedy.

There was South Florida’s David Lee Edwards, who took home $27 million after taxes. Edwards and his wife spent money on lavish items including multiple mansions, a Ferrari and several other fancy cars, as well as a Lear jet. According to Edwards, in one year he spent $12 million. A former drug addict, he and his wife began using heavily, before divorcing in the face of mounting legal troubles. Edwards died alone in hospice care in 2013 at age 58.

Abraham Shakespeare won $30 million in 2006, only to allegedly be swindled by a woman named DeeDee Moore who convinced him she was protecting him from all the vultures in his life. Shakespeare went missing in 2009, just a few months after Moore convinced him to transfer all his wealth to her. In 2012 she was sentenced to life in jail for Shakespeare’s murder.

And then there was Amanda Clayton, who won $1 million in the Michigan lottery. She landed in legal hot water when it was discovered she’d continued to receive welfare benefits even after, but she ended up with parole. Within a year of winning, she was found dead of a likely drug overdose.

Why do so many lottery stories end badly? And why do so many winners end up broke, addicted or dead? Jonathan DeYoe, a wealth manager, says lottery winners become a target, with requests for money coming in from all sides. After all, the very first things lottery agencies do when a winner is confirmed is announce that win to the world. Everyone suddenly knows your name and that you're rich. The constant hounding can be depleting in every way.

"They're going to go after you," DeYoe told the Daily Beast. "People are going to ask you for money, and you're going to want to give them money, because you're a good person."

There’s also the issue of how people spend once they win, which will generally run in accordance with how they lived prior to winning, just on a much grander scale. The Daily Beast suggests the average lottery winner—and likely, the average lottery player—is “working-class, familiar with vice, and not shy about taking risks.” Without good financial advice, the acquisition of millions leads many to throw their money away on bad investments and conspicuous consumption. And if drugs or alcohol were a problem in the past, they’re almost certain to come back with a vengeance. Chalk it up to “positive income shock,” which according to at least one study, causes "changes in lifestyles which may well be prejudicial to health.”

"First, you win some money and you start to hang out with a different group of people, and this changes what you want to do in life,” Andrew Clark, coauthor of the study, told the Daily Beast. “Second, your preferences don't change, but your budget constraint has been relaxed. As such, you can buy more cigarettes and booze."

Bénédicte Apouey, another study author, explained further: "At first sight, this looks surprising. However, previous macroeconomic research has found that when the economy expands in the U.S., physical health deteriorates."

So how, after winning millions, do you stay sane, healthy and—in case you’re wondering—rich? DeYoe suggests avoiding shortsighted thinking. Jackpot winners should consider “the long-term,” he advises. “Take some quiet time to reflect on who you are, what your values are, what your life vision and life mission are."