When the going gets tough, Clinton goes on the offensive — and that's where the problems really start 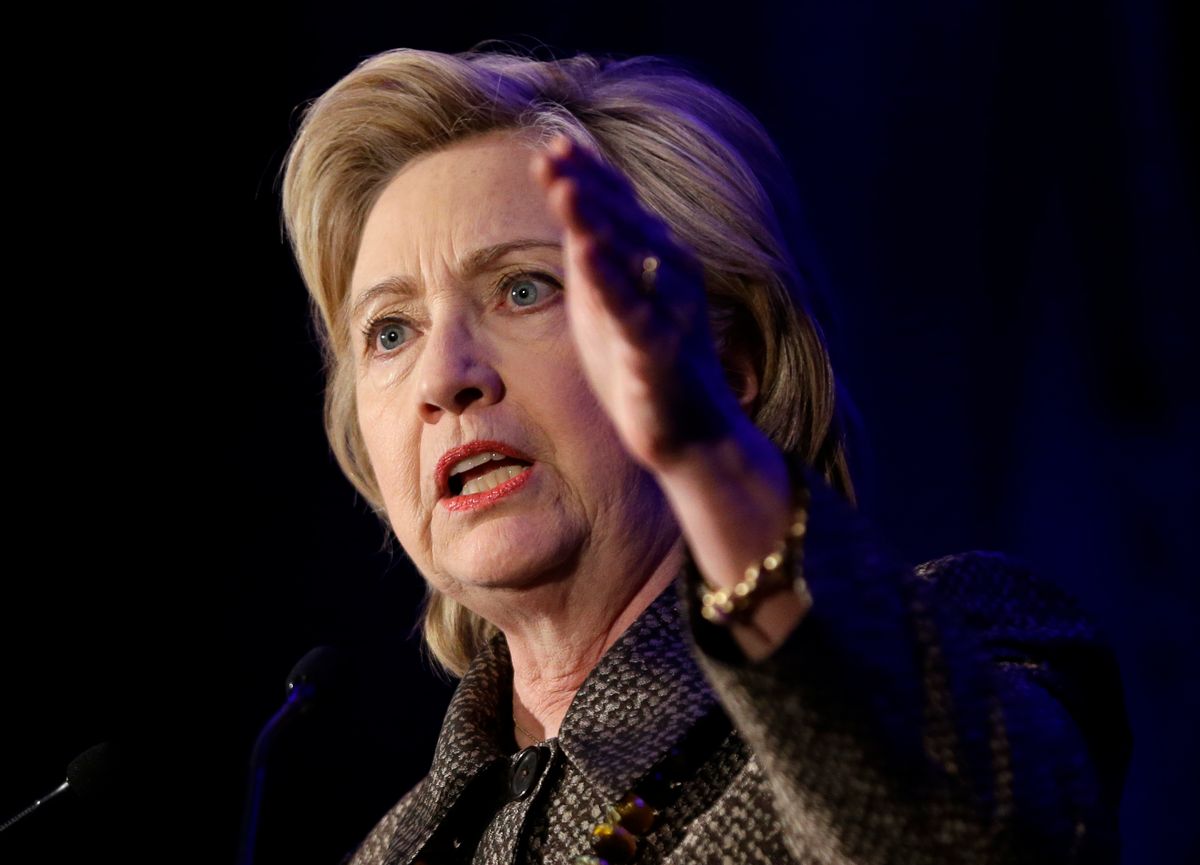 It feels like September 2015 all over again, when the Clinton campaign, facing her first major shock from Bernie Sanders, decided on a course correction and apparently on purpose gave the New York Times a behind-the-scenes look at their “new efforts to bring spontaneity to a candidacy that sometimes seems wooden and overly cautious.”

Clinton is a very wealthy former first lady, senator and secretary of state with expensive homes in Washington D.C. and Chappaqua, New York, who launched her campaign with an Uber-eque logo and a slogan—fighting for “everyday Americans”— that rendered actual humans into a plastic composite sketch. Clinton is unlikeable because she comes across as the end product of a poll-derived algorithm with a calculus that accounts for everything—well, almost. Asked what kind of ice cream she liked last year, she conceded a system malfunction, responding “I like nearly everything.”

One person who Clinton does not like so much right now, however, is Bernie Sanders. Banished to the media wilderness for weeks, new polls showing a tightening race have forced poll-enthralled political reporters to consider that supporters' widespread enthusiasm might just translate into a lot of actual votes.

And so Clinton is on the attack, intensifying her criticism of Sanders' gun control record, which the New York Times describes as “one of the few areas where she is to Mr. Sanders’s left on an issue.” (They never mention what such other issues might be.)

It's true that Bernie Sanders has a weaker record on gun control than the current Democratic mainstream. (As an aside, gun control is more complicated than most acknowledge: Both Sanders and Clinton have supported gun control measures that encourage mass incarceration; Sanders is right to suggest that most proposals would do little to stop urban gun violence, and neither candidate addresses the proactive measures that would.)

Guns, at least in the primary, are no doubt Sanders' greatest vulnerability and the defense of his record that he offers can be pretty unconvincing. That doesn't mean it will play well to Clinton's advantage.

The problem for Clinton is that her attacks on Sanders, policy merits and demerits aside, are so brazenly opportunistic that they risk backfiring. While Sanders has been talking about income inequality consistently for decades, Clinton has been consistently hammering Sanders on gun control for months. If her shrinking lead in the polls is any guide, it hasn't done her much good. In part, that's because it's hard for anyone to take seriously the idea that a President Sanders would be in the NRA's pocket.

But most of all, I think, it's because it is hard to believe that Hillary Clinton sincerely believes much of anything that she says. Which brings me to her other line of attack, which is no less cynical but comes across as a lot more strange: criticizing Sanders' proposal for single-payer universal healthcare.

Chelsea Clinton recently warned that single-payer would “dismantle Obamacare, dismantle the CHIP program, dismantle Medicare and private insurance.” In the past, Hillary Clinton has said that Sanders' plan would hike taxes on the middle class. Which primary voters, exactly, is Clinton—who in 2008 asked Obama “Since when do Democrats attack one another on universal health care?”—hoping to win over on this?

Yesterday, Matt Bruenig tweeted a thoughtful analysis: Clinton is trying to have it both ways, scaring people about higher taxes (without mentioning the savings single-payer would create), while at the same time spreading fear that single-payer, in replacing CHIP and the Affordable Care Act, would take away people's health insurance (without mentioning that it would be replaced by new, simpler and better insurance).

The attacks—right, wrong, and otherwise—are a sign of desperation. And they may very well remind voters, once again, that Hillary Clinton will say anything to be elected president.