The cost of homophobia: Kentucky ordered to pay $1.1 million to attorneys on SCOTUS marriage equality case 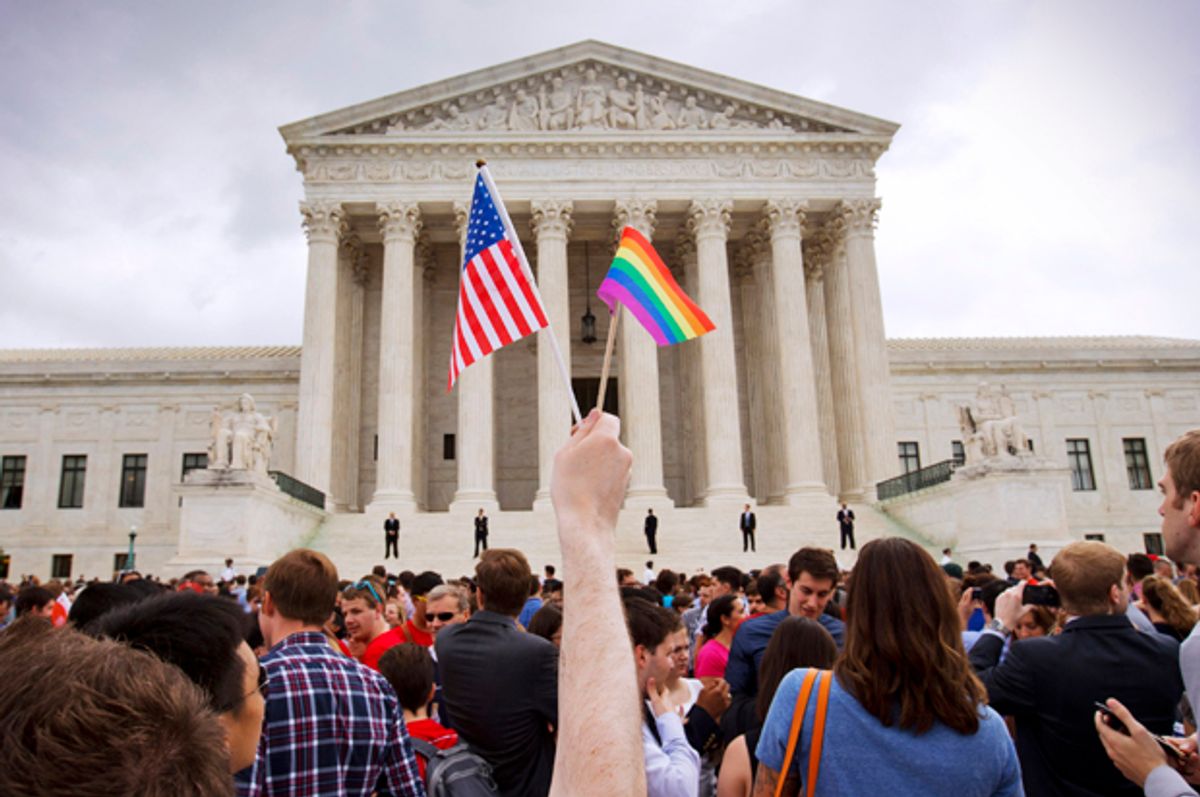 Homophobia just doesn't pay. Late last month, Aaron and Melissa Klein of Oregon's Sweet Cakes by Melissa learned it by finally shelled out more than $135,000 in court ordered damages they'd long refused to pay to a lesbian couple they'd turned down making a wedding cake for in 2013. Now, a federal judge has this week awarded $1.08 million in fees and $32,727 in costs to the nine attorneys whose work paved the way for the Supreme Court's marriage equality decision last year. The state of Kentucky will be picking up the tab.

The ruling isn't a slam dunk for equal rights advocates — the attorneys had requested a 75 percent enhancement sometimes permitted for "extraordinary cases" that would have brought the award up to over $2 million. In handing down his ruling, Senior U.S. District Judge Charles R. Simpson III said that they lawyers had not faced "overwhelming adversity" in their cause and that "they also enjoyed widespread support at the same time many attorneys in other districts took up similar litigation." Still, the decision is still a nice smackdown of former Governor Steve Beshear's paltry settlement offer of $581,000. And all of this could have been avoided if Kentucky had simply moved forward in 2014, when U.S. District Judge John G. Heyburn II ruled in favor of recognizing out of state same-sex marriages and struck down its ban on marriage equality and state attorney general Jack Conway refused to defend the law. But then-governor Steve Beshear had to take umbrage, hiring a private law firm to appeal instead.

The new ruling, however, may yet be appealed — the state's new governor Matt Bevin is no fan of marriage equality either. In a 2014 radio interview, Bevin notoriously pondered, "If it's all right to have same-sex marriages, why not define a marriage -- because at the end of the day a lot of this ends up being taxes and who can visit who in the hospital and there's other repercussions and things that come with this -- so a person may want to define themselves as being married to one of their children so that they could then in fact pass on certain things to that child financially and otherwise? Where do you draw the line?" In December, Bevin ruled that county clerks are not required to put their names on marriage license forms, a bow to the likes of Kim Davis and the "sincerely held religious beliefs of all Kentuckians."

A spokesperson for the governor's office said Wednesday that its general counsel is currently "reviewing the ruling." But at least for now the award is a sign of progress, and one that says that being on the losing side of history has consequences. And as Dan Canon, who served as counsel on the Supreme Court case and is now representing the couples suing Kim Davis for violation of their constitutional right to marry, tweeted out Wednesday, "$1.1M awarded in attorney's fees on the marriage case. Time for a drink."