Pressure builds for the host to drop out, but it's too late 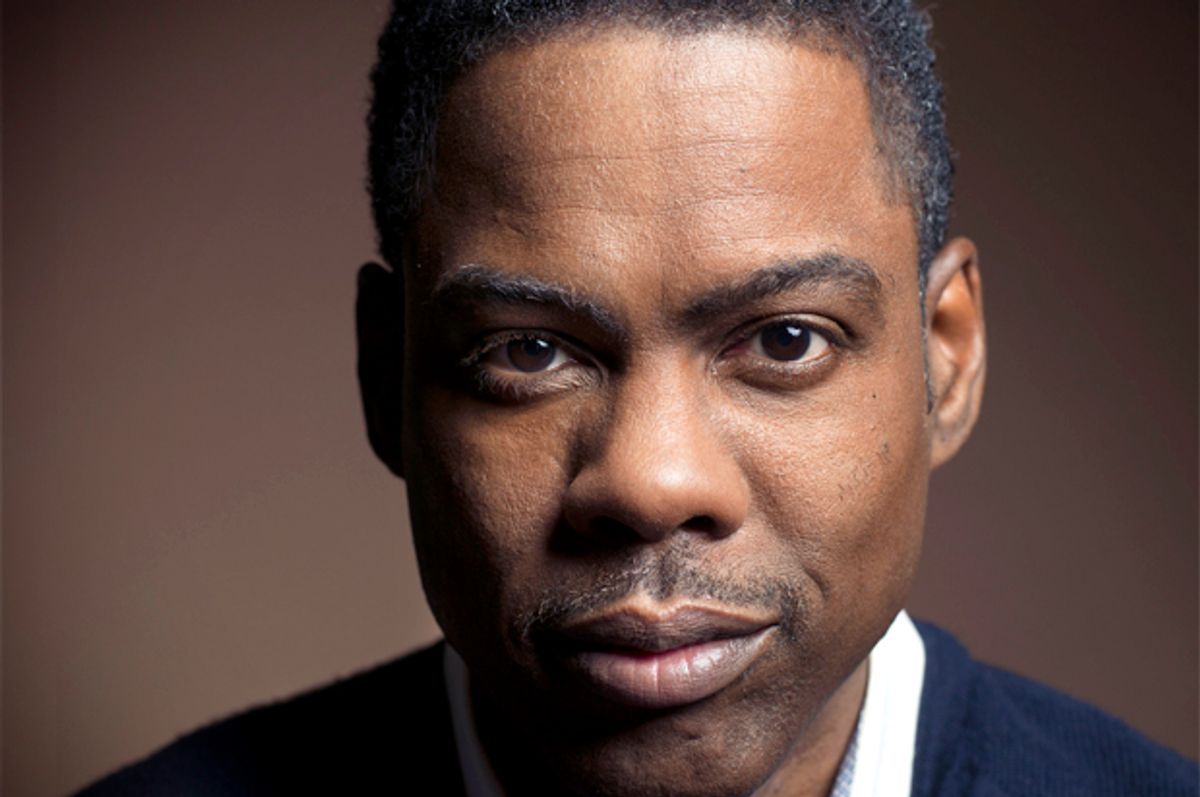 Things are getting more and more awkward — and we've still got six weeks before the Academy Awards. But discomfort's to be expected in an industry that taps a successful African American actor, comic and producer to host its most important awards show — and then seems to forget people of color when it comes to actually handing out the honors. And now, with Oscar's truly mortifying penchant for ignoring the achievements of nonwhite members of its own industry becoming a lightning rod controversy this year, Rock now finds himself a central figure in a debate over how to respond.

When Rock was first announced as this year's host — eleven years after his last turn in the driver's seat — it was welcome news. Show producers David Hill and Reginald Hudlin called Rock "the MVP of the entertainment industry," and Hudlin, who worked with Rock on the beloved "Everybody Hates Chris," noted, "Chris attracts incredible talent, the number of people who want to write for him, who want to perform with him. There’s already been an incredible response of A-level talent in every category who want to work with Chris." At least they did, until last week, when the nominees were announced — and fans and industry insiders alike couldn't help wondering if it was worth it to give the Oscars any more attention. Among the lowlights: the acclaimed "Straight Outta Compton" was all but ignored — though its white screenwriters got a nod. Sylvester Stallone was nominated for Best Supporting Actor for "Creed" — but its star Michael B. Jordan was not, nor was the film itself given a Best Picture nod. There is not a single person of color among any of the year's acting nominees. And lest you think Hollywood's problem is strictly racial, note the twofer Best Picture blind spot over the widely hailed "Carol," a movie that happens to be a) about a woman and b) about a gay one. Remember November, when "Creed" and Carol were considered the frontrunners? Good times.

The lack of recognition for performances and stories not involving white people — usually the straight, male kind — has been a recurring theme over the past few years. Last year, there were no acting nominations for any nonwhite actors either. But this year's snubs felt more pointed than ever. Last week, Rock jokingly called the ceremony "The White BET Awards," but he has remained relatively silent otherwise. Other industry veterans, however, have been speaking out.

In an open letter on Facebook Friday, "Straight Outta Compton" executive producer Will Packer urged, "To my Academy colleagues, WE HAVE TO DO BETTER. Period. The reason the rest of the world looks at us like we have no clue is because in 2016 it’s a complete embarrassment to say that the heights of cinematic achievement have only been reached by white people. I repeat—it’s embarrassing." And in a statement Monday — the same day she was being given the Rosa Parks Humanitarian Award at the King Legacy Awards —  Academy President Cheryl Boone Isaacs said, "While we celebrate their extraordinary achievements, I am both heartbroken and frustrated about the lack of inclusion."

Director Spike Lee, whose film "Chi-Raq" released last month, has meanwhile announced he's boycotting the ceremonies, saying on Instagram, "How Is It Possible For The 2nd Consecutive Year All 20 Contenders Under The Actor Category Are White? And Let's Not Even Get Into The Other Branches. 40 White Actors In 2 Years … As The Great Actor Leslie Odom Jr. Sings And Dances In The Game Changing Broadway Musical HAMILTON, 'I WANNA BE IN THE ROOM WHERE IT HAPPENS'. People, The Truth Is We Ain't In Those Rooms And Until Minorities Are, The Oscar Nominees Will Remain Lilly White." [sic] And on Facebook, Jada Pinkett Smith, whose husband Will Smith starred in 2015's "Concussion," said she was opting out too, stating, "Let's let the Academy do them, with all grace and love. And let's do us, differently." And now Rock is reportedly mulling how to handle the controversy. Naughty Gossip reports a source telling them that "Chris is under extreme pressure to pull out. Many leaders in the black community think he would help progress be made if he quits his hosting job at the Oscars." On Instagram, 50 Cent has pleaded for him to bail, saying, "Chris please do not do the oscars awards. You mean a lot man, don't do it. Please." But Ricky Gervais — who, to be honest, is not one to give great advice on how to handle an awards show — said on Facebook Tuesday that "If I were Chris Rock, I wouldn't be considering boycotting The Oscars. I'd be thinking 'this s__t is live. I can do some serious damage."

It's unlikely that Rock, who unlike Lee and Smith has been contracted to do a job, could walk away from a performance he's been preparing for without serious consequences. Nor would a more widespread boycott likely even register on Hollywood's already white-as-the-default radar. But when you look back to just a few months ago, when the Emmys honored men and women for telling stories that aren't all just about white people, it seems increasingly ridiculous that the film industry can't get its act together to do similar. And even though he'll likely stay on and be an entertaining host, Rock's presence on Oscar night won't do anything to change the number of major awards people who aren't white will win. Because it doesn't change how few were nominated in the first place.