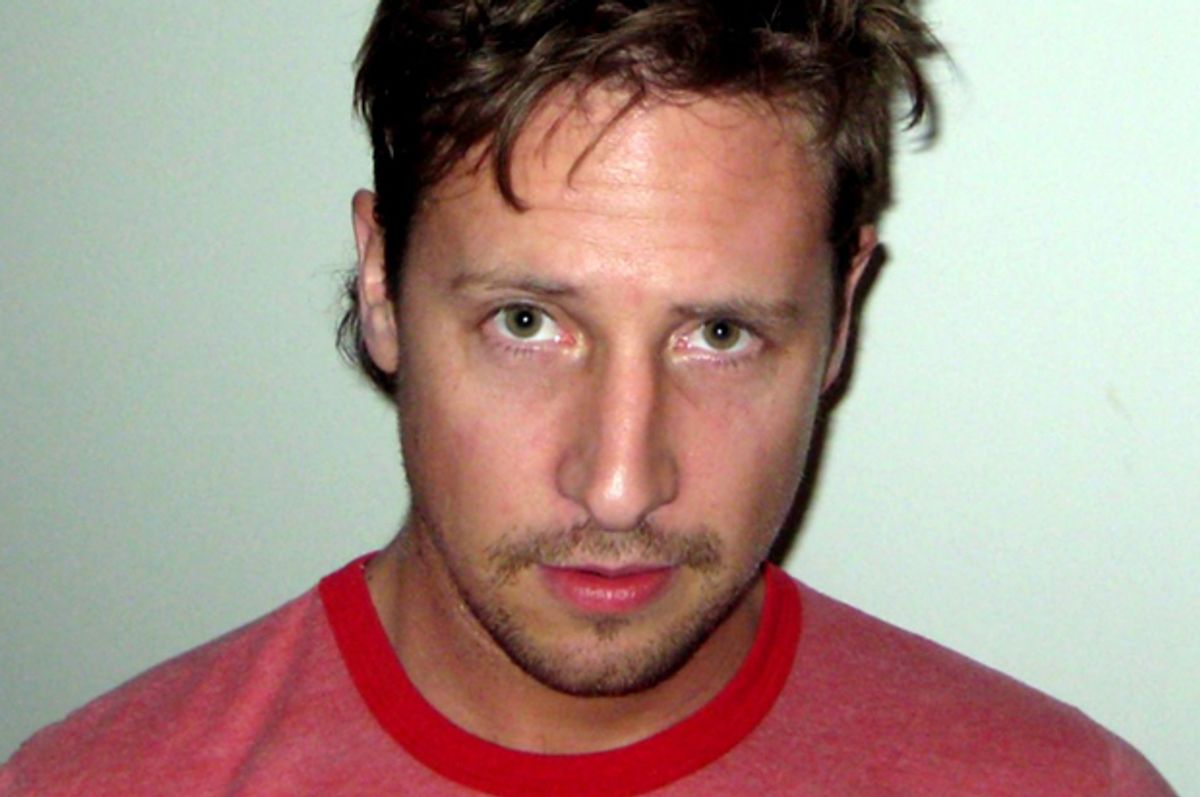 Aw, maybe these guys could just pool their resources and find a nice uninhabited island to claim, or a space shuttle that could offer them a little time out and some perspective. In the meantime, though, one self-proclaimed pick up artist -- Jeff Allen -- is no longer welcome in Australia, having failed the country's "character test."

Allen, who's a part of the U.S. "dating coaching company" Real Social Dynamics, had been touring the country, bringing his special message of how to finesse the hookup world (he claims his speciality is negotiating threesomes), when it became apparent he was not entirely welcome. An online petition to have him deported garnered 67,000 signatures.

Allen is already known to the ladies in certain circles — three years ago he gained a degree of local notoriety in San Francisco for his interestingly decorated "Freedom Van," or as he hilariously calls it, his "rape van." He also became known for telling his OK Cupid dates who decided not to meet with him to "eat a bag of d__ks" and, "you sound like a pain in the ass." He's also told another woman, with whom he'd had an unsuccessful date, to "Kill yourself n____r." A 2011 seminar video shows him bragging that he recently "picked up a girl by pretending to be retarded" and then demonstrating his schtick. One PUA site describes him, funnily enough, as being "credited with a talent for empathy."

(Other fun revelation: At least as of 2013, he was in his thirties and still had roommates. He currently claims to be a "13 year veteran coach" of pickup culture. I seriously don't know which of those two sentences is sadder, but I am willing to bet they're related.)

As ABC News Australia reports, on Monday the hotel chain Vibe Hotels canceled all bookings for Allen and his cohorts on the "Jeff Free Tour" after pressure on social media for, as one online critic put it, "giving platform for promotion of physical + emotional violence against women." On Friday, Real Social Dynamics announced they were canceling the tour, but a spokesperson for the Vibe hotels told Buzzfeed Monday that "We found out they were booking under a different name and we ordered the hotel to cancel their booking and sent an announcement to hotel managers to look out for any of these bookings and cancel them." On Twitter, the chain added, "TFE Hotels in no way supports RSD & has cancelled events at Vibe Hotels. We have a proud culture of supporting women."

Then on Monday, it was reported that Allen had "left of his own accord on Sunday" after his visa was revoked. Immigration Minister Peter Dutton told Australian's ABC News that he finds RSD's seminars "pretty repugnant," adding, "Full praise to the department and the officers who have identified these people, who are completely without legitimate cause to be here, don't meet our character tests and in this instance the visa has been cancelled." And MP Fiona Richardson, Minister for the Prevention of Family Violence and Minister for Women, said Monday on Twitter, "No place for RSD misogynistic practices or harassment of women in Victoria."

But while the opponents of the aggressive and vile tactics of RSD have reason to feel relief today, shutting down PUA culture isn't a small task. In 2014, RSD luminary Julien Blanc was similarly the subject of event cancelations and visa revocations after his "Diss Fatties Bang Hotties" and racist rhetoric made him unwelcome in certain circles. But after being dubbed the "Most Hated Man In The World" by Newsweek in 2014, last year, he reinvented himself and is now offering "life-enhancing content to barrel through plateaus, transcend into a healthier, wealthier and love-filled life." He's also still leading bootcamps for RSD. There's currently a waitlist for his next two.