Music publicist accused of sexual misconduct issues classic non-apology: "If I crossed the line of decency or respectfulness" isn't owning up to anything 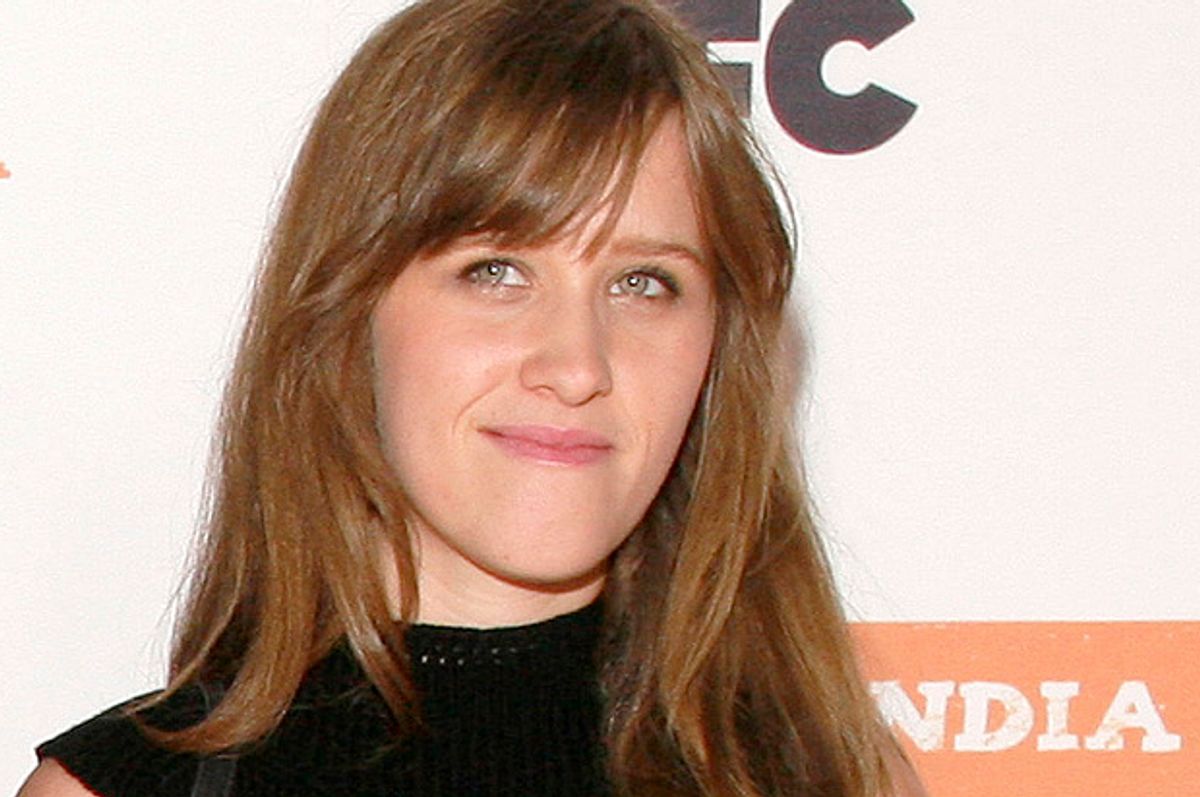 The things that happen when people step forward and tell their stories. The reality check that is possible when someone else says, you know, what you say happened to you with that beloved, family friendly sitcom star sounds a lot like what happened to me. Or when a comic says the ex boyfriend she met on the LA comedy scene abused her, and another woman says, me too. Or when a musician tells of being sexually harassed by a publicist, and the next thing you know, it turns out she's not the only one with a tale. And that's exactly what happened when Dirty Projectors' Amber Coffman shared her story Monday on Twitter.

"Was just re-telling/re-remembering a story abt how a very popular music publicist RUBBED my ass and BIT my hair at a bar a couple years ago," she began. Coffman went on to say that "This was someone I barely knew and had just met. He did it in front of 4 of my male friends. Still makes me so damn mad thinking about it… Still mad at myself as well for not punching him in the nose, but I totally froze up. Weird survival instinct I guess."

And she added, "Just was looking at their current roster and it's amazing. People I know even. Funny how sh__ty, fake ass people can have so much success. And in case anyone was wondering who the ass rubbing, hair biting mother f__ker was, I'm not afraid to say it — it was Heathcliff Berru, at Life or Death PR and MGMT. I've been told many women have had scary stories about him for years but are scared to speak up. And dudes overlook it and keep hiring him. Tired of sketchy ass dudes and sexual predators getting a pass from their 'bros.' Grow a spine and hold your friends accountable."

Berru, who founded Life or Death in 2008, has worked with an impressive roster of artists over the years.

But after Coffin's revelation, everything changed. Soon, Best Coast's Bethany Cosentino was validating her story, saying, "Good for you for doing this. I was too freaked out to ever say anything. Seriously he's not a good person on any level…. Thank you @Amber_Coffman for bravely speaking the truth. Heathcliff Berru is a scumbag and I'm glad someone finally spoke up."

Others had even more alarming stories. Tearist's Yasmine Kittles wrote, "Thank you @Amber_Coffman in 2009 he grabbed my ass and then held me down onto my couch as he unzipped his pants & forced my hand on his d__k…. I told our 'manager' at the time who said 'we are going to have to get over that aren't we' if I cared about my band. I felt humiliated and violated and alone. I told some of he & I's mutual guy friends & no one helped me... My own 'friends.'"

And Danger Village Music Publicity founder Beth Martinez said, "Can verify this from personal experience… he repeatedly put his hand down my shirt while driving me home after I told him to stop many times." Speaking with Fader this week, she added, "This is not just the work of one sexual predator—this is the culture in our society of how women are treated that needs to change. I'm glad this story is getting out in the open now, because women have been silent for years about the harassment we face on a daily basis. Every woman I know has multiple stories of harassment and/or sexual assault."

The repercussions were swift. On Tuesday, WAVVES tweeted an unmistakable message to Berru and Life or Death — a trio of images of Donald Trump saying "You're fired." DIIV announced "DIIV will no longer be working with Life or Death PR," and Kelela stated, "Just wanna say I stand with all the women who are courageously speaking out. I am no longer a client of @LifeorDeathPR/heathcliff." Killer Mike, meanwhile, tactfully stated, "Amber deserves all our support and she and those other women have mine…. Life or Death is no more and Cliff will be dealing with his drug and alcohol issues. My real desire is to see these women whole healthy and rocking out like great artists and members of the culture."

By Tuesday evening, Life Or Death had announced that Berru has stepped down from the company, and Berru himself issued a statement that seemed unclear at best on the accusations. "There have been several reports about my alleged inappropriate behavior which deserve a response," Berru wrote. "I am deeply sorry for those who I have offended by my actions and how I have made certain women feel. If I crossed the line of decency or respectfulness in situations when I was drunk and under the influence, there is no excuse of course…. I do not want to be the type of person who would let drugs or alcohol take command of his life and compromise how he treats people. Yet I have been this person and it’s time to put a stop to all of this. Create a world with one less inappropriate man."

Berru definitely sounds like a person whose issues are profound and whose behavior has been strongly influenced by addiction that he is now seeking help for. But to couch the accusations — which range from plain unwanted attention to much, much more serious behavior — in terms of "alleged" and "inappropriate" suggests a continued strong lack of getting it. As Coffman wrote on Wednesday, "Love that Heathcliff's initial statement uses 'alleged.' He knows damned well what he did. That's what I call a half assed apology."