Bernie Sanders is right about Obamacare: Here's why it's time to talk about single-payer 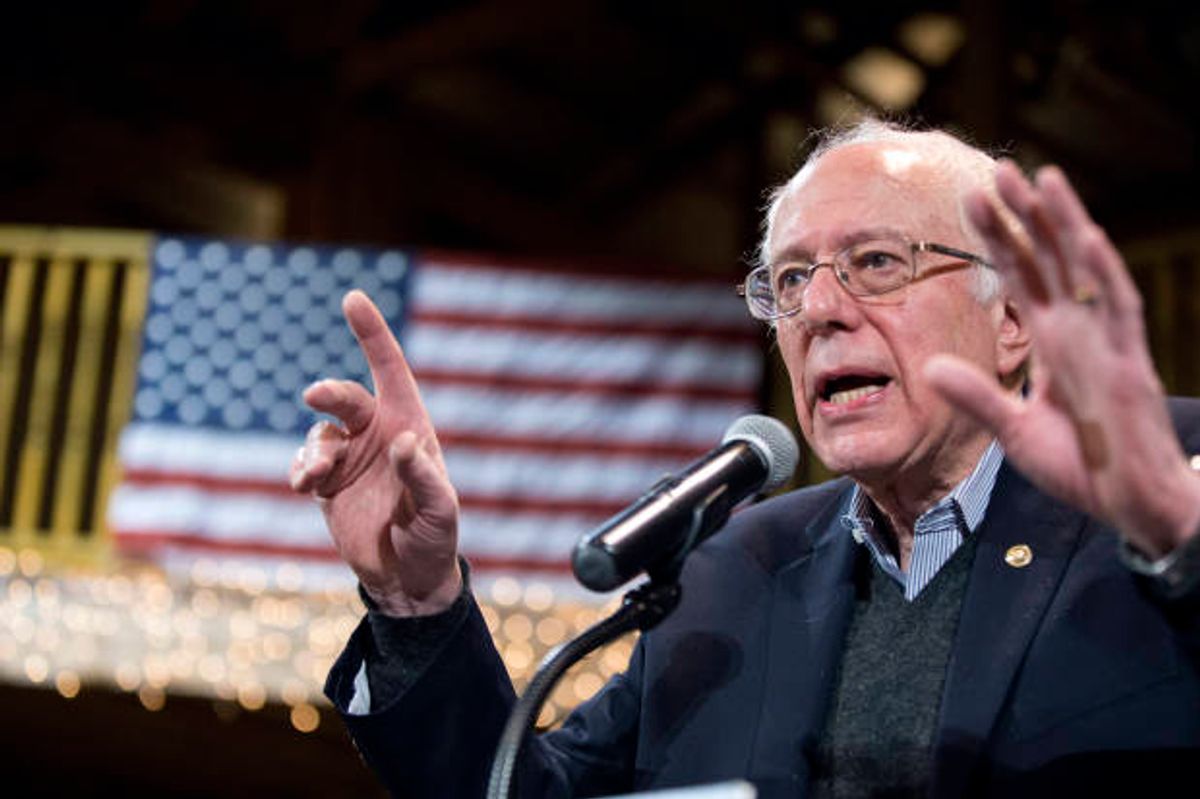 The Clinton campaign warns that the single-payer health insurance program proposed by Bernie Sanders would take away coverage and raise taxes, entirely misleading criticisms of the sort that Republicans typically make. One Clinton criticism, however, is political. Clinton argues that “we finally have a path to universal healthcare” and that single-payer would force us to “start over again with a contentious debate. I want us to defend and build on the Affordable Care Act and improve it.”

What we don't really know, as Greg Sargent points out, is precisely what sort of path to universal coverage Obamacare might provide. That's because Obamacare is not universal. Instead, it locks in many of the worst features of the private insurance system and forces American consumers to pick up the tab.

Polls consistently show a slight majority opposed to the law. And many people have very good reasons to dislike it.

Obamacare does have some very good features, including the expansion of Medicaid (in many states thwarted by Republican governors with the Supreme Court's permission). Thanks to Medicaid and tax credits provided to those close to the poverty line (and the threat of a fine) an estimated 17.6 million uninsured people had, as of September, become insured since the law's implementation began.

But many working- and middle-class people are still getting squeezed hard, forced to sign up for bad and confusing programs with high deductibles, high co-pays (and coinsurance) and in many cases high premiums—all so that they can hunt for care in sometimes very limited networks.

In November, the New York Times reported that more than half the plans on many states' HealthCare.gov marketplaces had deductibles of at least $3,000. A recent Kaiser/New York Times survey found that 1-in-5 working age Americans with health insurance had trouble paying medical bills over the past year. Many had to spend down their savings, spend less on food, run up credit cards, and work more hours to pay for medical expenses. More than half of those without health insurance—a population that still includes more than 1-in-10 Americans—reported problems paying their bills.

At present, the Obamacare debate is often framed as a political stalemate, with Democrats and Republicans mobilizing their respective bases for and against it. But the law's intrinsic failure to provide universal and affordable coverage will over time continue to shake up what may appear to be a neatly partisan issue that cuts just two ways. Sanders, who has recently been emphasizing sky-high deductibles, knows this.

In the primary, Clinton is using Obamacare (and everything else Obama) as a cudgel to beat Sanders, with a particular eye toward defending her lead amongst black voters. This poses a challenge for Sanders, who must simultaneously laud Obamacare and insist that something much better must replace it. But if Sanders can somehow win the primary, his call for single-payer could play better than Clinton's plea for modest reforms in a general election fight.

The individual mandate to buy private insurance is an example of what people tend to hate most about big government—coercion, taxation and crony capitalism—with too little in the way of solid benefits to show for it. Republicans know this. Obamacare's failures will ultimately make single-payer, which would replace private plans with guaranteed insurance provided by the government, not only a practical necessity but a political one as well

That might seem counterintuitive, since single-payer is the more left-wing proposal: It should play better in a primary and much worse when put before moderate and conservative voters. But voters will be looking for an answer to Obamacare's problems. Clinton has nothing to offer and Republicans, of course, will insist on the law's repeal. Those on the right implacably opposed to Obamacare already think it's a socialist conspiracy. Neither Clinton nor Sanders can reach people who think that neoliberalism is socialism. People who dislike Obamacare mostly because it has failed them, however, might be open to a debate on what should replace it.

Liberal critics like Paul Krugman have chided Sanders for his idealism: single-payer will never make it past a Republican House. What's also true, however, is that Clinton's proposals for modest improvement won't go anywhere either. Really, this whole line of criticism is pretty hard to understand since nothing a Democratic president might propose will so much as prompt polite consideration from a political body that in real life is controlled by a man who believes we are “living in an Ayn Rand novel."

The case for single-payer isn't that it can be passed tomorrow. Rather, the left needs to fight for single-payer now to build momentum and a movement: Healthcare and economic crises will persist, American politics will continue to change in unpredictable ways, and a new policy regime will at some point become both possible and necessary.

In terms of policy, the best a Democratic president can likely hope to do in the short term is issue a ton of vetoes and try not to start any new wars. But the political fight, looking ahead to the 2020 Census and beyond, must be about changing the contours not only of the Democratic Party but of American politics as a whole. The alternative, on healthcare and most everything else, is terrifying. A growing number of people are going to be angry about Obamacare not because of libertarian ideology but because it is substantively failing them. If the left doesn't forcefully advocate for a better alternative then the right-wing solution could win voters over.