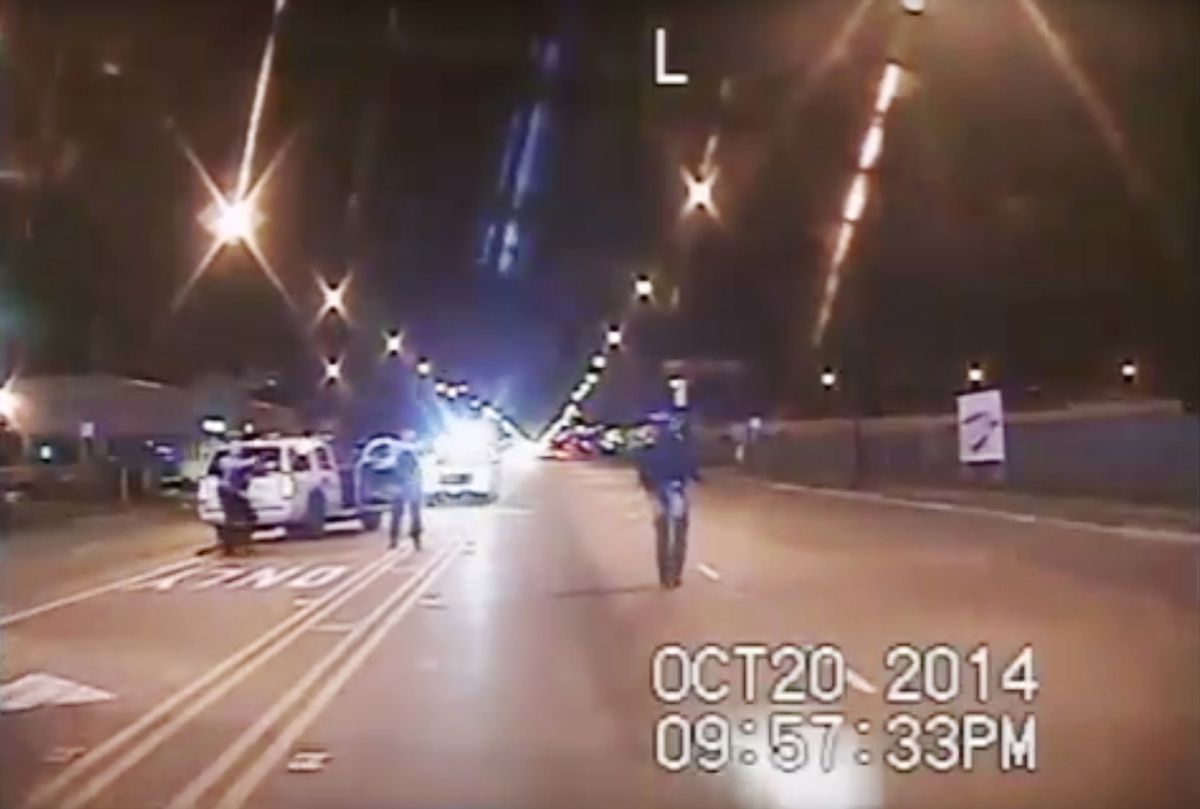 Chicago police dashcams frequently don't collect video and even more often fail to capture audio—and the audio system has at times allegedly been intentionally disabled, according to ongoing reporting from DNAinfo. The malfunctioning equipment became global news after video released last November showed Officer Jason Van Dyke shoot Laquan McDonald sixteen times in October 2014 , killing him, as he walked away. Just two of the five police cars on the scene recorded video, and none captured audio.

But Chicago Police Department brass, the Independent Police Review Authority (IPRA), and Cook County State's Attorney Anita Alvarez's office were no doubt aware of these problems earlier. The question is, why didn't they do anything about it?

“It is difficult not to see this as yet another example of the CPD ignoring an obvious problem until their hand is forced by bad publicity to address and fix it,” said civil rights attorney Jon Loevy in an email. “The evidence suggests that officers are intentionally disabling the audio on these monitoring devices, and if not that, then this was some of the most unreliable technology ever purchased. In either event, hopefully the incoming new leadership will be more proactive in not putting up with situations like this.”

A staggering 80 percent of 850 police dashcam systems didn't capture audio due to "to operator error or in some cases intentional destruction," according to a December DNAinfo story, citing a Police Department review. In their most recent story, DNAinfo reports that between September 1, 2014 and July 16, 2015, technicians reported 90 cases where no microphones were found in squad cars and 30 cases where audio systems went unactivated or were “intentionally defeated.”

“The egregious nature of this report suggests a wider systemic problem that should have raised an alarm for supervisors,” Karen Sheley, senior staff counsel for the ACLU of Illinois, said in a statement. “We need to change the culture within CPD so that this sort of oversight and transparency is a high priority. That is how we will reconnect the community and the police in the City of Chicago.”

Video problems were limited to roughly 12-percent of all systems.

It's unclear why audio recording malfunction so much more frequently than video. Is the audio more prone to malfunction? It may be that audio is easier to disable, and that officers may have a particular distaste for audio, says civil rights attorney Torreya Hamilton.

“Maybe because they have to wear the audio on their persons,” said Hamilton by email. “They can just move out of the camera's view if need be but not so with the audio. They know where to stand to avoid the camera and the supervisory staff does not require them to conduct the police business in front of the cameras. Audio has to be disabled because it would follow them to wherever they are and will capture whatever they do.”

Just three of the 22 police-involved shootings forwarded to the State's Attorney's Office by the IPRA last year, as of late December, included dashcam video recordings, the prosecutor's spokesperson told DNAinfo. None of those videos included audio.

IPRA spokesperson Larry Merritt noted that a new chief administrator had been appointed: “I can't talk about what's happened in the past," only “the vision for IPRA moving forward.”

Spokesperson Sally Daly emailed that State's Attorney Anita Alvarez "has made it clear that she is concerned by the lack of audio recordings in many of these cases because our office seeks to have all available evidence when we review a police involved shooting, including video and audio." But she said that it wasn't their responsibility, since "the issues with the functionality and the operation by officers of dash cam and audio recordings rests with the Chicago Police Department."

Asked whether the persistent lack of video and audio evidence should have prompted prosecutors to question whether officers had committed a crime by obstructing an investigation, Daly stated they would only initiate a review "if there was evidence presented to us by an investigative agency that there was criminal intent or an intent to obstruct justice by an officer."

“She is not likely to question CPD about police misconduct,” emails Hamilton, referring to Alvarez, who has come under heavy fire for her handling of the McDonald shooting and police misconduct generally. “She is tough on crime—but not when the criminal is a police officer.”

But Hamilton said that while the dashcam malfunctions should have provoked more curiosity on the part of Alvarez's office, she said that the Police Department deserved most of the blame.

Civil rights attorney and University of Chicago Law School professor Craig Futterman says that top police brass were certainly aware of the problem. More than a year ago, his team deposed a Chicago police sergeant, he emails, “who worked in a busy district on the west side of Chicago (the 11th District). He admitted that more than 70 percent of the car cameras that they had in the District did not work at any given time.”

“This has been an open secret in the Department for a number of years," states Futterman. "It is part of Chicago’s systemic problems that have shielded police officers from accountability, many of which were revealed to the broader public and media as a result of the release of the video of the killing of Laquan McDonald.”

Indeed, DNAinfo reports suspicious problems in the squad car used by Officer Van Dyke (who shot and killed McDonald) and his partner, Joseph Walsh. Their car's system was fixed twice in the months prior to McDonald's killing, according to DNAinfo's examination of maintenance records—including one fix just twelve days before the shooting to repair “intentional damage.” When Van Dyke shot and killed McDonald, however, his dashcam wasn't recording any audio.

Asked why it had taken brass so long to deal with the problem, Chicago Police Department spokesperson Anthony Guglielmi emphasized that Interim Superintendent John Escalante, appointed December 1, was moving quickly to fix it.

“We discovered human error, technical issues and in some cases malicious destruction,” Guglielmi emailed. “In those cases we held individuals accountable. Since we've implemented the reforms we saw drastic improvement in the amount of properly functioning audio and video uploads at the end of officers tours. We continue to audit this on a weekly basis and the superintendent is given a weekly progress report.”

The Chicago Fraternal Order of Police has accused the department of attempting to deflect blame onto rank-and-file officers. And indeed, officers reportedly make frequent calls to request repairs, suggesting that in many cases officers are not intentionally attempting to disable anything but simply suffer from shoddy equipment, or the lack of a system for reliable maintenance.

But on the other hand, there is strong evidence that if officials had taken action earlier they may have secured results. After the McDonald shooting, Interim Superintendent Escalante warned that officers who failed to ensure their dash cams were working would be disciplined. Earlier this month, according to the Sun-Times, police reported that 22 officers had been disciplined for failing to capture audio and that they had witnessed a 75-percent increase in police uploading videos “at the conclusion of their tours.”